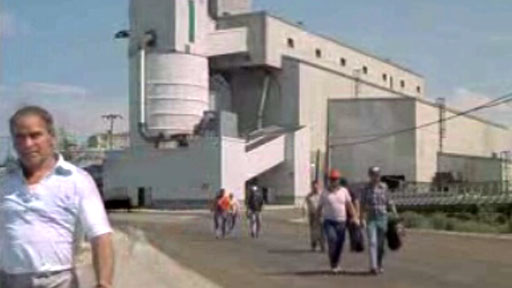 Uranium is an award winning short film on the consequences of uranium mining in Canada. Narrated by Buffy Sainte-Marie, the 48-minute film explores how uranium mining can impact the environment, the health of those who are employed in the industry, and the quality of life of Indigenous peoples who live near the mines.

Seldom do we hear the fact that almost every uranium mine in Canada is on Indigenous land. Even more seldom are the occasions where Indigenous Peoples on those lands were meaningfully consulted and informed about what a uranium mine can mean for them, their community, their economy, their culture, their very existence.

The dangers are grim at best. According to “Hazards of Uranium,” a briefing published earlier this year, exposure to the radioactive element can cause kidney diseases, blood diseases, leukemia, lymphoma, multiple myeloma, gastric cancer, liver cancer, cancer of the gallbladder and extrahepatic bileducts, kidney cancer, diseases of the respiratory tract, mental disorders and birth defects.

As with all dangerous substances, the more you are exposed to Uranium, the more likely and more severely you can be effected. This is just as true for miners as it for anyone who may live near a mine or downstream from a tailings pond. You just have to breathe the air, drink the water and eat local plants and animals.

The dangers are twofold for Indigenous Peoples, because not only do you have to deal with the disease(s)–with little or no support from industry or government–but you may also have to abandon your livelihood. And if children are born with defects cause by uranium (which can severely incapacitate them mentally and physically) they may never even get the chance to live their own culture.

It’s safe to say that these and other impacts are pretty well known today. At least, there aren’t too many people left who claim that it’s “all in our heads”. But even so, the uranium industry is alive and well in Canada.

For instance, right now there is a great deal of talk about opening up the province of Nunavut to uranium mining.

According to Nunavummiut Makitagunarningit (Makita), mine proponents, government representatives, some Inuit organizations and the Nunavut Impact Review Board have been acting like they’re all on the same team. And as a team, they’ve been singing all sorts of merry songs as if there’s absolutely nothing to worry about.

For several months, Makita has been petitioning for a public inquiry so the Inuit and other Nunavut residents have the chance to know the risks and impacts of uranium mining and the contingencies that need to be in place before any mining projects begin.

This is, after all, a part of the consultation process which the government is legally required to carry out. Unfortunately, it doesn’t look like it’s going to happen. Nunavut Premier Eva Aariak recently said “no” to the inquiry, claiming that it will be enough to a hold a few public forums in the province.

The Inuit just might have to follow in the footsteps of all other Indigenous Peoples in Canada–who’s needs and rights are so quickly tossed aside for a few massive paychecks and a few more short-term jobs. And let’s not forget the radioactive waste that will make its way in the soil, air and water. Even if it takes 50 years, it’s bound to happen.

Uranium was Directed by Magnus Isacsson and Produced by The National Film Board of Canada. For ordering information, please visit http://www.bullfrogfilms.com/catalog/ur.html or watch the film online at http://www.nfb.ca/film/Uranium