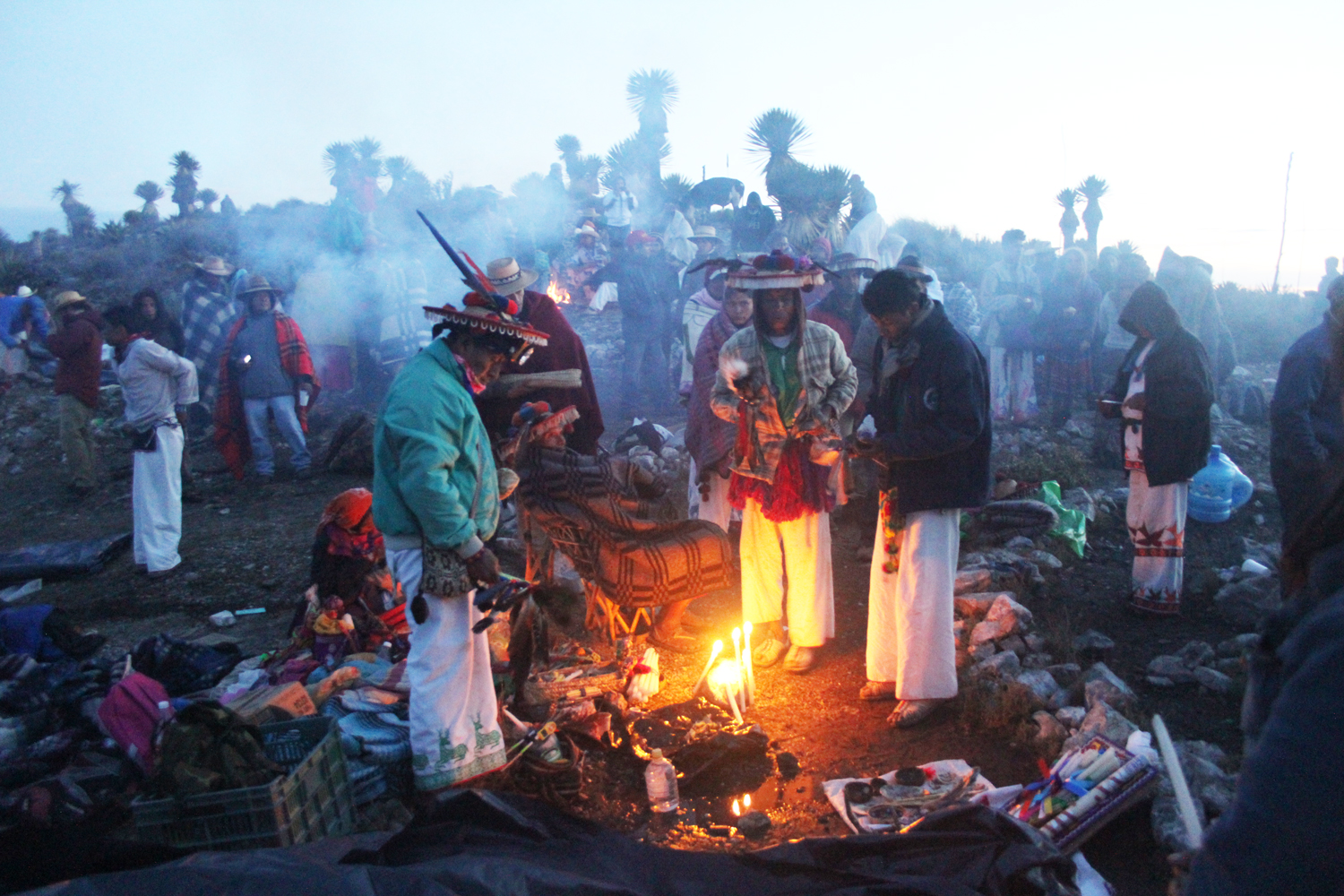 On Dec. 7, 2013, in Baku, Azerbaijan, intergovernmental members of the Committee for the Safeguarding of the Intangible Cultural Heritage, addressed the initiative put forward by the Mexican government nominating the pilgrimage of the Wixárika People to their sacred site of Wirikuta for Inscription on the List of Intangible Cultural Heritage in Need of Urgent Safeguarding in 2013, as a measure to defend the sacred territory from mining threats.

The Committee in its considerations recognizes that the pilgrimage connects the Wixáritari with foundational elements of their culture, a heritage that has been handed down from generation to generation and is essential to their sense of belonging and cultural continuity. It also recognizes that the mining projects seeking to exploit the area and their effects on the aquifers represent a real threat to the viability of their ceremonial practices.

Despite the above, the Committee decided not to approve the registration of the pilgrimage in the list of Intangible Cultural Heritage because the government has not established that it included all of the Huichol communities in a process of free, prior and informed consent, or has given them effective participation in the process of making the nomination. It also included a consideration of what the federal government did not address: the specific concessions granted, and which it and now denounces as a serious threat to the Wixáritari sanctuary.

Despite the pilgrimage not being included on the safeguard list, the committee included in its comments that the proposed registration application cannot replace the existing broader measures designed to protect the sanctuary and urges the Mexican government to mobilize all levels of government, civil society organizations and the Wixárika People themselves to develop a precise plan to safeguard against the denounced mining threats, overcoming the shortcomings of the rejected nomination through broad Wixárika participation in the process of making nominations, having reflect the diversity of their expectations and demands.

These statements add up to a substantial list of international organizations that have spoken in defense of Wirikuta from the threat posed by the mining projects proposed for the area, both for its cultural impact for the Wixaritari people as well as the serious consequences for the rights of access to water and a healthy environment for the region.

Among which we can highlight the participation of:

Also outstanding has been the involvement of Amnesty International who has also followed the case of Wirikuta since 2010 and pronounced on the case in the UN Committee for the Elimination of Discrimination in 2012 and in May of 2013 the theme was included in its annual report [2]. Likewise the report drew attention from Business & Human Rights [3]. These texts and others are part of the defense of Wirikuta in the framework of international law and the powers attending native peoples.

These statements along with that recently released by the Intergovernmental Committee of UNESCO, are proof of the need to create a comprehensive solution that considers the rights of the Wixaritari and residents of the region in both the national and international contexts and that attends to the rights of native peoples. It also reinforces the path taken by the Wirikuta Defense Front to keep looking for all possible ways to protect and defend Wirikuta and cancellation of mining concessions in the area.