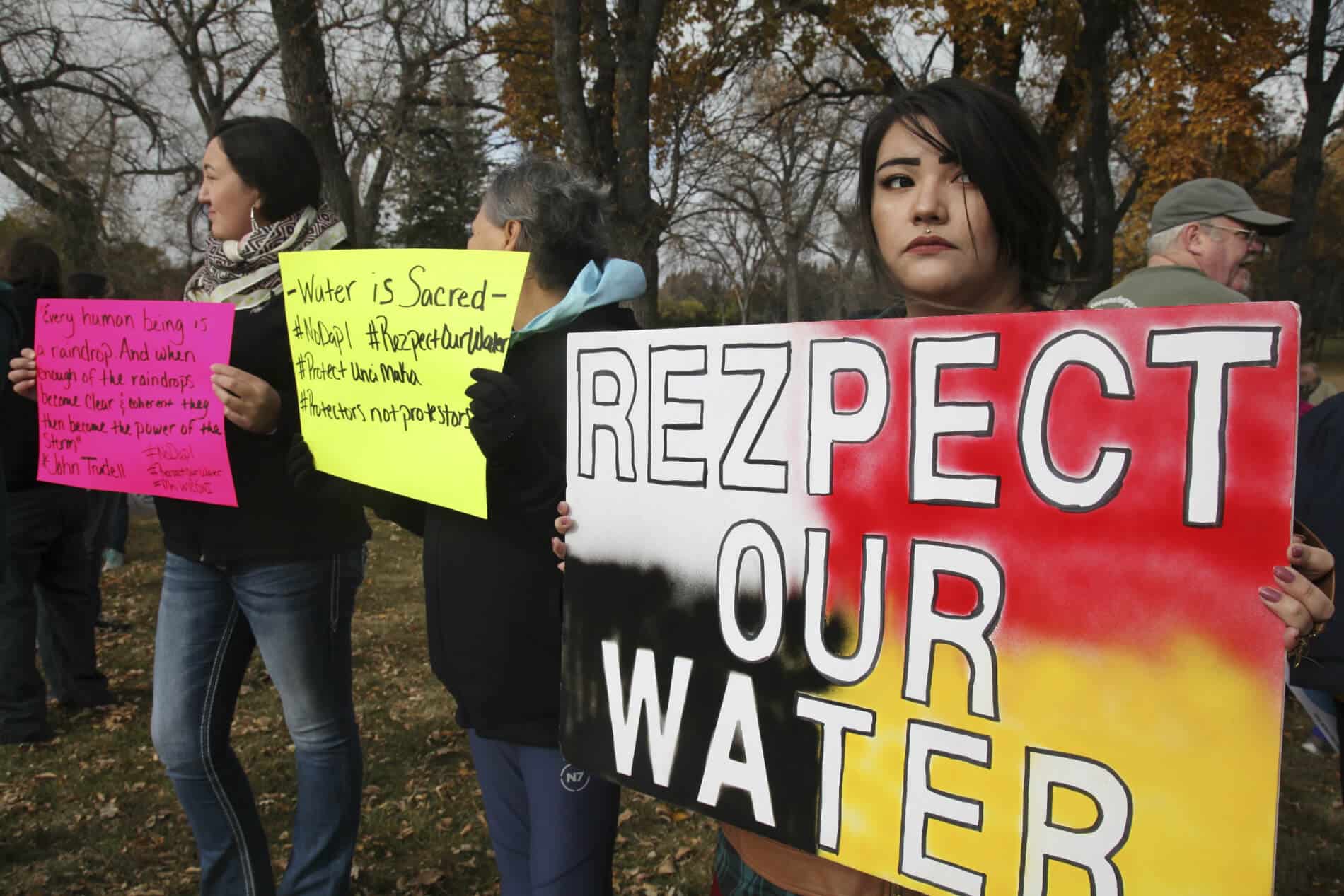 In recent weeks, protests against the building of the Dakota Access Pipeline across North Dakota have escalated. Native American elders, families and children have set up tipis and tents on a campsite near the pipeline’s path in the hope of stopping the pipeline’s construction.

Dave Archambault Jr., the leader of the Standing Rock Sioux Tribe that is leading the efforts to stop the pipeline, summed up what is at the heart of the issue. In a brief two-minute statement before the United Nations Human Rights Council in Geneva, Switzerland, he said,

“Oil companies are causing deliberate destruction of our sacred places.”

As a Native American scholar of environmental history and religious studies, I am often asked what Native American leaders mean when they say that certain landscapes are “sacred places” or “sacred sites.”

What makes a mountain, hill or prairie a “sacred” place?

In my forthcoming book “Invisible Reality,” I contemplate those stories that my grandparents shared about Blackfeet religious concepts and the interconnectedness of the supernatural and natural realms. 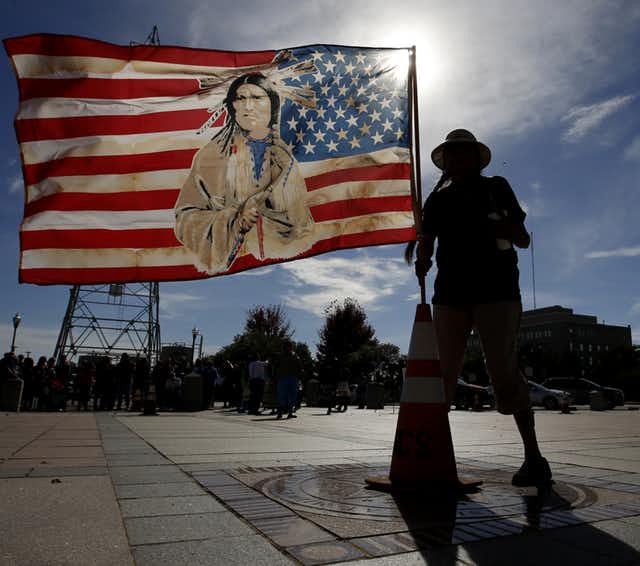 A member of the Kickapoo Tribe of Oklahoma puts up a flag at the state Capitol in Oklahoma City during a protest against the Dakota Access Pipeline. Steve Gooch/AP

My grandparents’ stories revealed that the Blackfeet believe in a universe where supernatural beings exist within the same time and space as humans and our natural world. The deities could simultaneously exist in both as visible and invisible reality. That is, they could live unseen, but known, within a physical place visible to humans.

One such place for the Blackfeet is Nínaiistáko or Chief Mountain in Glacier National Park. This mountain is the home of Ksiistsikomm or Thunder, a primordial deity. My grandparents spoke of how this mountain is a liminal space, a place between two realms.

Blackfeet tribal citizens can go near this sacred place to perceive the divine, but they cannot go onto the mountain because it is the home of a deity. Elders of the Blackfeet tribe believe that human activity, or changing the physical landscape in these places, disrupts the lives of deities. They view this as sacrilegious and a desecration.

Sacred places, however, are not always set aside from humanity’s use. Some sacred places are meant for constant human interaction.

Anthropologist Keith Basso argued in his seminal work “Wisdom Sits in Places” that one purpose of sacred places was to perfect the human mind. The Western Apache elders with whom Basso worked told him that when someone repeated the names and stories of their sacred places, they were understood as “repeating the speech of our ancestors.”

For these Apache elders, places were not just names and stories – their landscape itself was a living sacred text. As these elders traveled from place to place speaking the names and stories of their sacred text, they told Basso that their minds became more “resilient,” more “smooth” and able to withstand adversity.

The sacredness of the pipeline site

At different national and international venues, Lakota leader Dave Archambault Jr. has stated that the Lakota view the area near the potential construction of the Dakota Access Pipeline as both a “sacred place” and a “burial site,” or as both a place set aside from human presence and a place of human reverence. 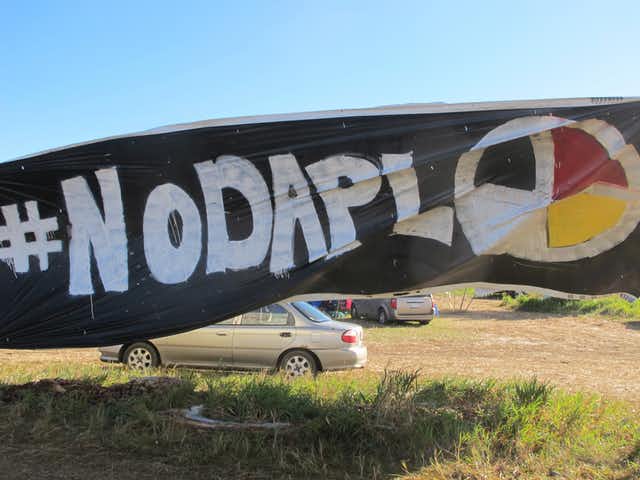 Lakota scholar Vine Deloria Jr. described the “sacred stones” in North Dakota in his book “The World We Used to Live In” as having the ability of “forewarning of events to come.”

Deloria described how Lakota religious leaders went to these stones in the early morning to read their messages. Deloria shared the experiences of an Episcopal minister from 1919.

“A rock of this kind was formerly on Medicine Hill near Cannon Ball Sub-station…. Old Indians came to me… and said that the lightning would strike someone in camp that day, for a picture (wowapi) on this holy rock indicated such an event…. And the lightning did strike a tent in camp and nearly killed a woman…. I have known several similar things, equally foretelling events to come, I can not account for it.”

Deloria explained that it was “birds, directed by the spirit of the place, [that] do the actual sketching of the pictures.” The Lakota named this area Ínyanwakagapi for the large stones that served as oracles for their people. The Americans renamed it Cannonball.

Historians, anthropologists and religious thinkers continue to learn and write about Native American religious ideas of place. In so doing, they seek to analyze complex religious concepts of transformation and transcendence that these places evoke.

However, despite their contributions to the academic interpretation of religion, these understandings do not often translate into protection of Native American places for their religious significance. As legal scholar Stephen Pevar tells us,

“there is no federal statue that expressly protects Indian sacred sites…. in fact, the federal government knowingly desecrates sites.” 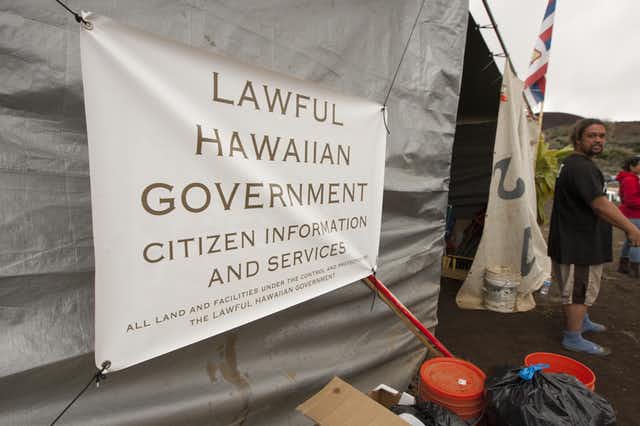 A man opposed to the construction of the Thirty Meter Telescope stands outside a base camp near the summit of Mauna Kea on Hawaii’s Big Island. Caleb Jones/AP

In the past year we have seen protests over the potential desecration of sacred places at Mauna Kea in Hawaii (over the construction of another telescope on a sacred volcano), Oak Flats in Arizona (over a potential copper mine on sacred land) and now at Standing Rock in North Dakota.

Lack of understanding of sacredness

William Graham, a former dean of the Harvard Divinity School, wrote that,

“Religion… will long continue to be a critical factor in individual, social, and political life around the world, and we need to understand it.”

The intimate connection between landscape and religion is at the center of Native American societies. It is the reason that thousands of Native Americans from across the United States and Indigenous peoples from around the world have traveled to the windswept prairies of North Dakota.

But, despite our 200-plus years of contact, the United States has yet to begin to understand the uniqueness of Native American religions and ties to the land. And until this happens, there will continue to be conflicts over religious ideas of land and landscape, and what makes a place sacred.

Rosalyn R. LaPier is a Visiting Assistant Professor of Women’s Studies, Environmental Studies and Native American Religion, at Harvard University. Shereceives funding from University of Montana and is affiliated with Saokio Heritage.