The government of Sudan appears to be on the verge of a ‘final assault’ on Indigenous Africans in the Nuba Mountains of South Kordofan. The U.S.-based Satellite Sentinel Project has released a series of images which indicate that the Sudanese Armed Forces (SAF) have surrounded the remaining local civilian population in the Nuba Mountains and closed off existing evacuation routes used by Nuba refugees to flee constant aerial and artillery bombardments. The Nuba Peoples are fearing the worst.

The Triqui women and children who have spent 17 months living on the sidewalk outside Oaxaca’s governor’s palace, are attempting once again to return home. The now-displaced Triqui people abandoned their community in September 2010 as a result of intense paramilitary violence in their community. In December, the recently elected governor of Oaxaca, Gabino Cue, promised to protect the families if they returned to San Juan Copala. Previous attempts to return home have been prevented with blockades.

Eight Orang Asli in Malaysia were arrested by the police for trying to set up a blockade and prevent loggers from entering their village in Gua Musang, Kelantan. The villagers are against the agricultural project of the local government which would require the cutting down of forest trees in their ancestral land. The blockade, their second attempt at doing so, was made after attempts to negotiate with the state government have failed.

Black Hills Sioux Nation Treaty Council won a key judgment against RainDancer Resource Management, a company that was trying to get exclusive rights to economic development on allotted lands. The Company, which has clear ties to the oil industry, had a keen interest in funding an ‘off shore’ or ‘central’ bank that would, they asserted, be protected by the Tribe’s treaty rights and sovereign immunity. The company is now essentially barred from doing any business on the Pine Ridge Indian Reservation. 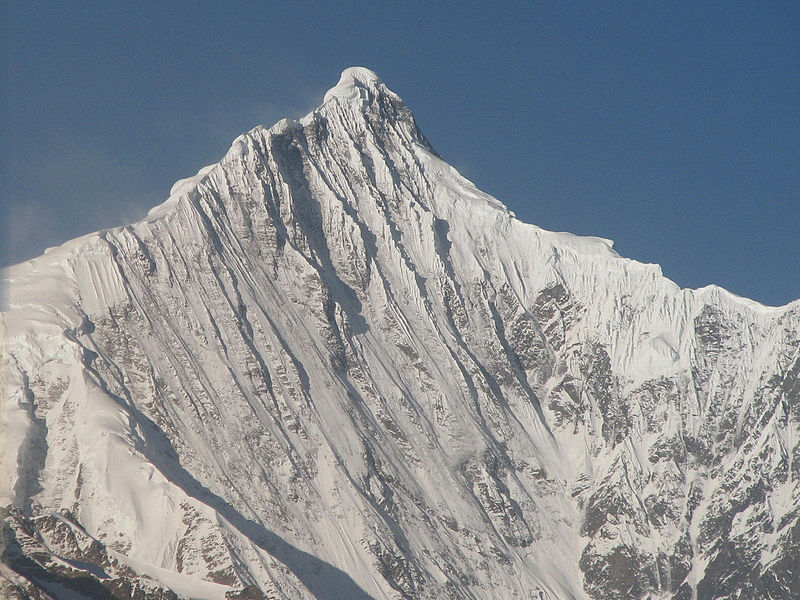 Kawagarbo is one of the most sacred mountains for Tibetan Buddhism as the spiritual home of a warrior god of the same name (Photo by Pseudois. Some Rights Reserved.)Tibetan Villagers successfully halted a controversial mining operation that threatened Kawagebo, one of the most sacred peaks in the Tibetan world. In the midst of rising tensions, on January 23, a vice-official from the prefecture government heeded the Tibetans’ concerns and ordered a Chinese company to close its mine and remove all equipment out of the village.

Despite the welcomed shift in Colombia’s policies toward Indigenous Peoples, nothing has really changed on the ground, where change is needed most. As Real World Radio observes, Indigenous leaders and community members throughout the country are still being murdered and terrorized with impunity.

Bangladesh Prime Minister, Sheikh Hasina, gave renewed hope to Indigenous Peoples in the Chittagong Hill Tracts (CHT). The Prime Minister recently pledged to implement the historic (CHT) Peace Accord treaty, which brought an end to decades of unrest in the region. The 1997 Treaty promised recognition for the rights of the indigenous peoples in CHT–rights which are still consistently ignored.

Featured Story: How to learn to stop worrying and love the oil sands: Is a psychological war being waged by the government of Canada, the oil industry and their cohorts to defend the tar sands? If so, what can we do about it?

Indonesian security forces are continuing to maintain a “disproportionate” military offensive in the remote Paniai district of West Papua, intensifying the displacement of tens of thousands of villagers who fled from several weeks of village burnings in December. This is despite Indonesian President Susilo Bambang Yudhoyhono ordering the immediate suspension of the offensive and withdrawal of all non-organic security forces on December 12. 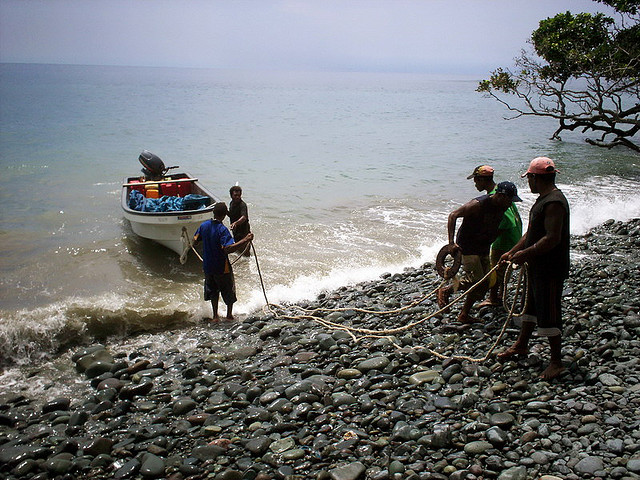 Photo by Hernán Pérez Aguirre, on Flickr. Some Rights Reserved.Papua New Guinea’s contested O’Neill-Namah government repealed a series of amendments to the country’s environmental act, finally restoring the rights of local peoples to their land and to pursue legal action against environmentally destructive resource based projects. The welcomed move comes just a few weeks after the Supreme Court opened the legal floodgates for the Metallurgical Corp of China’s plan to dump 100 Million Tonnes Of Toxic Waste into the Bismarck Sea.

Laura Baymarrwangga, senior traditional owner of Murrungga Island and one of the last remaining Yan-nhangu speakers, is setting a powerful example for all of Australia. The 95 year old woman has created a series of projects to secure the future of her language and her people under a grassroots effort known as the Crocodile Islands Initiative (CII). These projects include the Crocodile Islands Ranger (CIR) program which provides “coastal surveillance and bio-security” on the islands; the development of a Web-based Yan-nhangu Ecological Knowledge (YEK) DataBase; and a Yan-nhangu dictionary project for kids.

An undercover journalist blew the top off a disturbing controversy in the Andaman Islands. British journalist Gethin Chamberlain, while pretending to be a tourist, recorded a conversation in which a tour operator informs him that it would cost 25 to 30,000 rupees ($480-$580) to go ‘see’ the Jarawa, one of the Indigenous Peoples on the Andaman Islands. The recording confirmed that the notorious ‘human safaris’ are still taking place in the Union Territory of India. Chamberlain also obtained a shocking video in which Jarawa women and children are being treated like “circus ponies” by a police officer.

A Samburu community is accusing the African world life Foundation, The Nature conservancy, Kenya Wildlife Service and others of trampling on their rights and scheming to illegally evict them from their lands in Laikipia East District, Kenya. The Community has also appealed on the Centre for International Human Rights Law and Advocacy CIHRA to pursue any legal means necessary to hold those accountable for the unlawful actions.

Leaders from two Garifuna communities are taking a Canadian citizen to court over several fraudulent land sales along the north coast of Honduras. The Garifuna say that Randy Roy Jorgensen, president of the Canadian pornographic video store chain Adults Only Video, is now in possession of several contracts that were obtained illegally.

As the struggle to defend the Isiboro Sécure Indigenous Territory And National Park (TIPNIS) in Bolivia lingers on, another struggle to stop yet another controversial road has emerged–this time, in southeastern Peru. The proposed road would connect the Purús, the very headwaters of the Amazon and one of the world’s most remote, most intact and most culturally important natural areas, with the newly paved Interoceanic Highway in Madre de Dios. 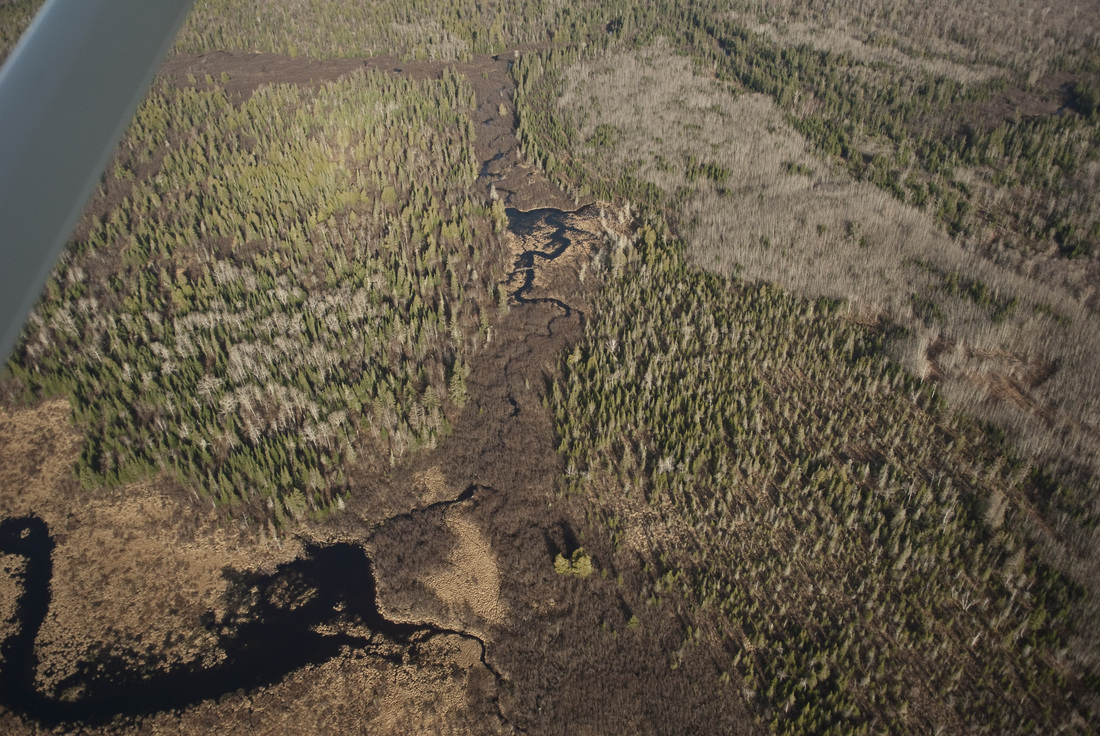 A section of GTAC’s Proposed mine site, on pristine land. Photo: Penokee Hills Education ProjectThe Bad River Band of Lake Superior Chippewa are working, along with several NGOs, to stop a controversial mining bill that would gut existing environmental protections and effectively silence the public in order to streamline mining projects in the state of Wisconsin. The mining company GTAC, who helped author the bill, is pushing for a massive 20-mile long, 1/3 mile deep open-pit iron mine an arm’s stretch away from the Bad River Indian Reservation in northern Wisconsin.

The Inter-American Commission on Human Rights (IACHR) recently decided to reverse its 2010 recommendation to suspend mining activity at Goldcorp’s Marlin gold mine, sounding an alarm for NGOs including Mining Watch and the Center for International Environmental Law (CIEL). This is the second time in less than 12 months that the IACHR has given in to a governments demands, at the expense of indigenous peoples.

Cree Cultural Teachings by Sylvia McAdam – Sylvia McAdam, an author and educator from the Nehiyaw (Cree) nation, talks to class room full of Indigenous young people at the First Nations University in Regina about Cree law and the human birth.

We Still Live Here – tells a remarkable story of cultural revival by the Wampanoag of Southeastern Massachusetts. Their ancestors ensured the survival of the first English settlers in America, and lived to regret it. Now they are bringing their language home again.