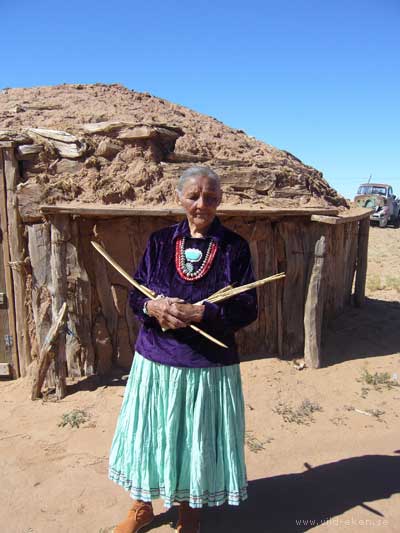 February 28 – Taiwan: Tribal villages call for indigenous sovereignty – More than 30 indigenous group belonging to 10 different tribes in Taiwan released traditional “smoke signals” today, to tell the government that they are sovereign owners of their lands.

February 27 – Concerns over cyanide leakage at Gold Ridge mine – Local villagers living downstream from the Gold Ridge mine in Solomon Islands, have raised concerns that an old storage tank is leaking cyanide into the environment, endangering their lives as well as the health of employees at the mine.

Attawapiskat holding winter blockade against De Beers – Members of the Attawapiskat First Nation in northern Ontario, are holding a winter road blockake near the DeBeers Victor Mine, in protest of the Impact Benefit Agreement (IBA) that the First Nation signed with De Beers, a massive diamond multinational company based in South Africa.

February 24 – Mexico: Indigenous Rights leaders found dead – The bodies of Manuel Ponce Rosas and Raúl Lucas Lucía, two indigenous human rights defenders who were “disappeared in the first week of February, were discovered on Sunday, in shallow graves near the township of Tecoanapa in Costa Chica, Guerrero.

February 23 – Indigenous leaders issue “ultimatum” to FARC – Indigenous authorities in Colombia and Ecuador have issued an “ultimatum” to the Revolutionary Armed Forces of Colombia (FARC), demanding they return the bodies of the indigenous Awa who were brutally massacred this month, so they can be buried according to Awa tradition.

February 22 – Native title: divide and rule tactics to split traditional custodians – “A cynical PR exercise,” and a demeaning attempt to undermine indigenous communities, the uranium industry in Australia has set up a dialogue group to encourage uranium development and the involvement of indigenous people… ‘They can participate in the dialogue all they want, but whether or not they like it, development’s going to happen.’

43 Lepchas arrested after dam site agitation – Fourty three Lepchas were arrested last week in connection to an ‘agitation’ carried out on the controversial Panan hydel power project in the Dzongu region of Sikkim, India. Most, if not all of the Lepchas arrested had nothing to do with the agitation.

February 18 – BC First Nation Puts Coal Company and Investors ‘On-Notice’ – The West Moberly First Nation (WMFN), in northeastern British Columbia, has put the junior mining company First Coal Corporation (FCC) ‘on notice’ that they will explore all possible avenues to prevent further destruction to the Threatened Burnt/Pine caribou herd and to protect their own treaty rights and interests.

February 16 – The Struggle of Aboriginal Australians against a Swiss Mining Giant – An in-depth look at indigenous communities in the McArthur River region of Australia’s Northern Territory – who are looking for ways to preserve their culture and to prevent Xstrata from destroying the land.

Siberia dam will destroy Evenk way of life – Russia’s state-controlled Hydro company, RusHydro, is pushing ahead with a renewed plan to construct a massive hydropower station on the Lower Tunguska river in Krasnoyarsk, Siberia. The plan means death to the Evenk’s culture and way of life.

February 12 – The Mamanwa Hold Strong – At least 400 members of the Mamanwa tribe in Surigao del Sur, northwestern Mindanao, are in their second week of a blockade against four mining companies.

February 9 – Rohingya People Forcibly Expelled from Myanmar/Burma – Hundreds of Myanmar’s Rohingya people are missing at sea and many more are at risk of drowning after Thai authorities forcibly expelled large groups of Rohingyas seeking refuge. Thousands of Rohingyas have been subjected to years of persecution in Myanmar.

Yanomami Issue Goldminers an Ultimatum – In central Brazil, the Yanomami community of Paapiu have begun calling for the immediate expulsion of illegal gold miners occupying their land. According to Survival International, “[the Yanomami] say they are prepared to use bows and arrows to expel the invaders themselves if the authorities do not take immediate action.”

February 5 – Wayuu, Bari, and Yukpa Face Increasing Threats – Indigenous communities in the Sierra de Perija region of Venezuela are facing an increasing number of threats by Colombian FARC and ELN guerrillas, as well as the Venezuelan military.

Voices from the Hidden Land – A 20-minute documentary about the Lepcha People of Sikkim, India, who are leading a campaign to prevent a series of hydro dams from being constructed on the Teetsa river.

A Conversation with John Mohawk – In this video, the highly respected author, conflict negotiator, historian and educator John Mohawk, sits down for a half hour conversation on the Free Speech TV series Enviro Close-Up with Karl Grossman.