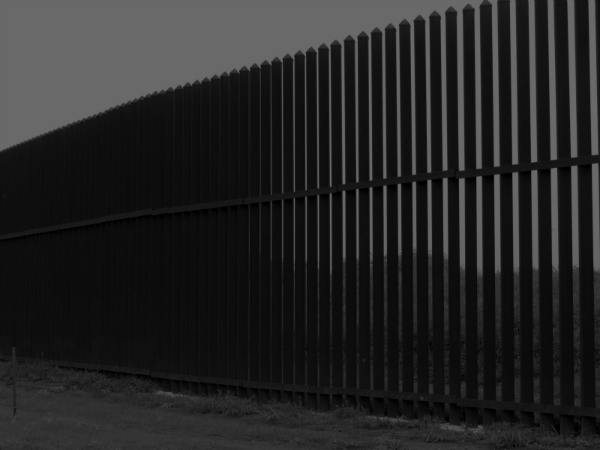 The U.N. Committee on the Elimination of Racial Discrimination (CERD) recently issued an Early Warning and Urgent Action letter to the United States government over the discriminatory impacts of the construction of the US/Mexico border wall on the Kikapoo, the Ysleta del Sur Pueblo (Tigua) and the Lipan Apache (Ndé) indigenous communities in Texas.

Responding to a petition that was prepared by students at the Human Rights Clinic in collaboration with Dr. Margo Tamez, in coordination with the Lipan Apache Women Defense (LAW) and members of the Lipan Apache Band, the UNCERD commented:

“The United States Congress began enacting legislation allowing the Government to build a wall along the border between the United States of America and Mexico, with the purported aim of preventing the entrance of alleged terrorists, undocumented immigrants, and drug traffickers. Pursuant to the adoption of the REAL ID Act and the Secure Fence Act in 2005 and 2006 respectively, the Department of Homeland Security has reportedly waived 36 Federal and State laws to proceed with the construction of the wall, including the National Environmental Policy Act, the Endangered Species Act, the Native American Graves Protection and Reparation Act, the American Indian Freedom Act, and the Administrative Procedure Act.

“Subsequently, the border wall has allegedly been built on sensitive environmental areas and lands inhabited by indigenous communities, without sufficient and effective prior consultation with the affected population, and apparently continues to damage the land, the ecosystem, and the cultural and traditional way of life of indigenous communities. It has also been reported that while the wall has been built on the lands of indigenous peoples, it has skipped border areas with lucrative properties owned by business, such as the River Bend Golf Resort.

“The Committee expresses its concern regarding the potentially discriminatory impact that the construction of the border wall might have on the Kikapoo, Ysleta del Sur Pueblo and Lipan Apache indigenous communities, including their access to tribal lands located north and south of the border and to resources required for traditional ceremonies.

“In particular, the Committee is concerned by the situation of the Lipan Apache, a tribe which reportedly remains Federally unrecognized, given the information received that the construction of the wall through its land has allegedly damaged ancestral burial sites, reduced the tribe’s access to elders and other knowledge keepers, led to severe decline in biodiversity, and may lead to the disappearance of the tribal identity altogether as the community may be forced to leave the land.

“Moreover, the Committee is concerned that, based on the information before it, the border wall has been constructed without the fiee, prior and informed consent of the affected communities, and that no effective judicial remedies or compensation have been provided to date. With regard to the latter, it has been reported that the Government’s use of eminent domain powers cannot be effectively challenged in court, and that courts have not allowed claims‘ to be brought regarding the potentially discriminatory impact of the wall.”

The UNCERD goes on to request a formal detailed response regarding the impact of the border wall on the rights of indigenous peoples, “any recent or future measures envisaged to consult with and consider the requests of the affected communities”, “information on any compensation provided to affected communities to date, and any measures envisaged to reverse the negative impact of the construction of the border wall.”

In addition, the UNCERD requested additional information and updates on two previous cases that were examined under the early warning and urgent action procedure, namely the impact of the Arizona Snowbowl Ski Resort Project on the San Francisco Peaks and the situation of the Western Shoshone.

Concerning the Arizona Snowbowl, the Committee requested “information on any further measures envisaged to engage with the operator of the Arizona Snowball Ski area to encourage the use of sources other than reclaimed waste water to produce artificial snow; and information on the outcomes of the appeal submitted to the Ninth Circuit.”

The Committee also observed that the government has not provided additional information in its periodic report since 20 November 2011. There have, of course, been several developments since then, as documented at ProtectThePeaks.org and IndigenousAction.org.

The follow up concerning the Western Shoshone was a little more comprehensive. The Committee requested “substantive responses to the issues raised by the Committee in its Decision 1 (68) of 11 April 2006 […] in particular those identified in paragraph 7 of the decision.” Those issue are as follows:

2) Destructive activities which are conducted and/or planned on areas of spiritual and cultural significance to the Western Shoshone peoples, including 3 federal efforts to open a nuclear waste repository at the Yucca Mountain, the alleged use of explosives and open pit gold mining activities on Mount Tenabo and Horse Canyon, and the alleged issuance of geothermal energy leases at, or near, hot springs;

4) Conduct and / or planning of all such activities without consultation without and despite protests of the Western Shoshone peoples; and;

5) Difficulties encountered by Western Shoshone peoples in appropriately challenging all such actions before national courts and in obtaining adjudication on the merits of their claims, due in particular to domestic technicalities.

Sadly, the UNCERD’s requests for information are not likely to result in anything substantive (that is, even if the US government can be bothered to respond). Nevertheless, it’s reassuring that the Committee is continuing to pursue these matters; especially the struggles of the Western Shoshone, which seem to have been forgotten by the international community.