The United Nations Committee on the Elimination of Racial Discrimination (UNCERD), responding to a joint statement of concern from three Indigenous rights groups, is urging the government of Indonesia to review its laws and take steps to ensure the protection of Indigenous Peoples’ rights.

“Indonesia continues to lack any effective legal means to recognize, secure and protect indigenous peoples’ rights to their lands, territories and resources,” notes the UNCERD letter. “For instance, it seems that Indonesia’s 2008 ‘Regulation on Implementation Procedures for Reducing Emissions from Deforestation and Forest Degradation’ [REDD] reiterates Law 41 of 1999 on Forestry that appears to deny any proprietary rights to indigenous peoples in forests.” 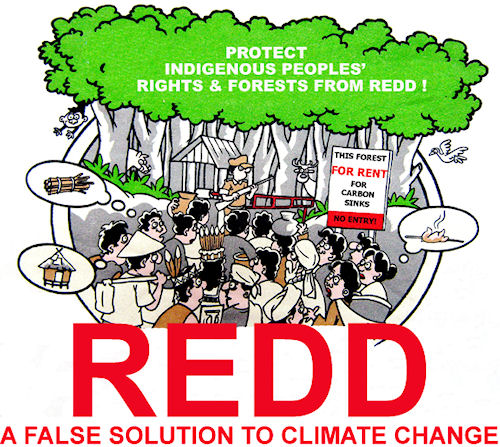 The UNCERD letter also raises concerns about various ongoing and newly-proposed Oil Palm projects in Indonesia, such as the Kalimantan Border Oil Palm Megaproject, “a massive oil palm project planned in the heart of Borneo near the Indonesia-Malaysia border,” notes mongabay.com.

With no attempt whatever by the State to protect indigenous rights, Kalimantan threatens to displace an estimated 1.4 million Indigenous people, with up to 5 million adversely affected.

“The high number of conflicts arising each year throughout Indonesia between local communities and palm oil companies [further] remains an issue of concern for the committee, in particular with regard to the protection of Indigenous Peoples’ rights,” the UNCERD continues.

While not all related to palm oil, Indonesia’s National Land Bureau inventoried in early 2008 a total of 7,491 land tenure conflicts throughout Indonesia, many of which relate to the imposition of land concessions to private companies on indigenous lands.