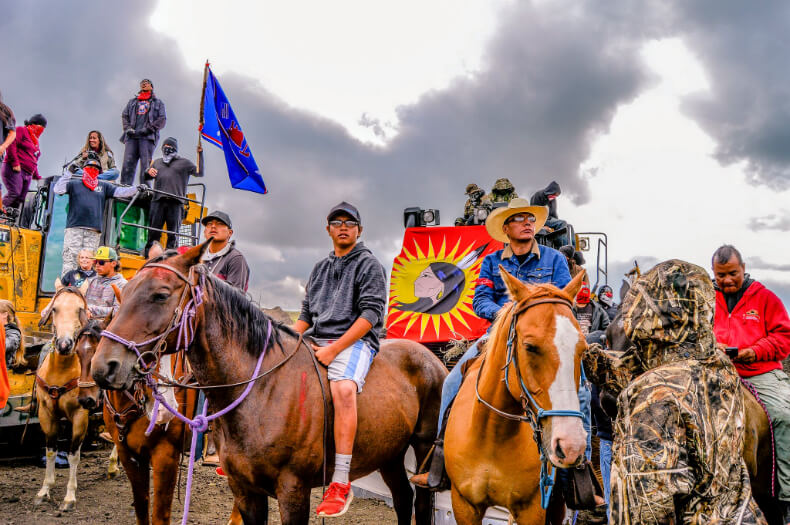 Cannon Ball, ND – The U.S. Court of Appeals Sunday night rejected the Standing Rock Sioux Tribe’s request for a temporary injunction to halt construction of the Dakota Access pipeline thru traditional unceded Oceti Sakowin treaty lands near the Missouri River. The three-judge panel issued its decision Sunday after hearing oral arguments from lawyers representing the Standing Rock Sioux Tribe and pipeline developers Energy Transfer Partners earlier this week. The decision was based on a specific request by the tribe for the court to continue a work stoppage order on the pipeline within 20 miles on either side of the Missouri River.

The tribe still has an ongoing lawsuit, filed in July, against the U.S. Army Corps of Engineers over its permitting of the pipeline to cross the Missouri River just north of the reservation.

“We are troubled by the court’s decision, but as water protectors and land defenders, our resolve to stop this Bakken frack-oil pipeline will not be diminished. We will continue to support the tribe’s efforts to hold the US federal government accountable for rubber stamping this dirty oil project. Meanwhile, our hearts and minds go to the pipeline fighters who will continue to use prayer and peaceful civil disobedience to disrupt business-as-usual and stop this black snake from being completed. This fight is far from over.”