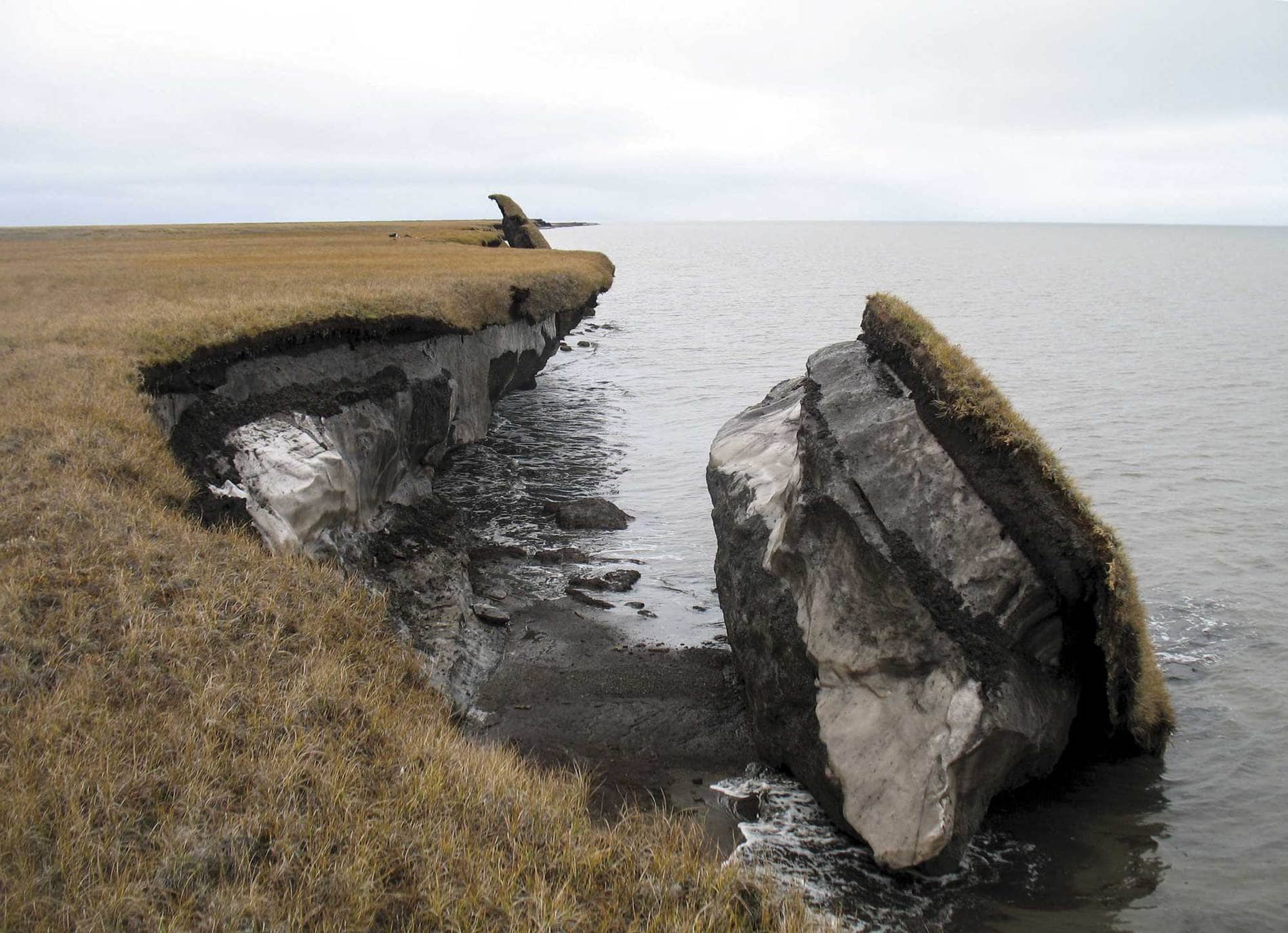 A collapsed block of ice-rich permafrost along Drew Point, Alaska.
Support our journalism. Become a Patron!

KATOWICE, Poland – When indigenous groups from around the world met in Alaska in October, they sounded the alarm on how their homelands, cultures and livelihoods were threatened by rising temperatures, loss of permafrost, higher sea levels and weather disasters.

One of the biggest risks facing them is being displaced from their land by climate change, they said.

“We maintain the unbreakable human and sacred spiritual connection with our land, air, water, forests, sea ice, plants, animals, and our communities handed down to us from our ancestors,” they noted in a joint declaration.

The groups from Alaska, Louisiana, Washington, Bangladesh and the Pacific urged U.N. climate negotiations to recognize the rights and needs of “climate-displaced peoples”.

This week, the talks took a decisive step towards doing that, experts said.

Delegates at the conference in Poland approved a report by a taskforce set up to tackle the problem under a five-year-old U.N. mechanism aimed at addressing worsening losses and damage as a result of climate change.

The decision needs to be formally adopted when the meeting ends on Dec. 14.

The report encourages countries to formulate laws and policies to prevent people having to leave their homes because of climate change impacts – and to help them move, resettle and minimize negative consequences if they are forced to go.

“If we are prepared, we can take people along. We can reduce suffering, respect people’s rights (and) involve them in shaping their own future,” said Koko Warner, who supports the work of the taskforce at the U.N. climate change secretariat (UNFCCC).

Displacement linked to climate change pressures is already happening, she said. But “it’s not the apocalyptic story line” it was 10 years ago, she said.

Humanitarian agencies like the Red Cross, international climate funds and others are already stepping up efforts to protect communities at risk of being uprooted.

The Green Climate Fund, for example, in 2016 approved $39 million for a project to reduce flooding on three of Tuvalu’s nine islands by putting in sea walls, shoring up beaches and conserving local ecosystems.

Maina Talia of the Tuvalu Association of Non-Governmental Organizations (TANGO), said villagers in the low-lying Pacific island nation now experience floods on an almost monthly basis, and are increasingly threatened by fierce storms.

That could damage their way of life, which is closely tied to the land and a sense of community and togetherness, he added.

Placentas and umbilical cords are buried in the earth, for example. When Cyclone Pam hit in 2015, it uncovered some graves. 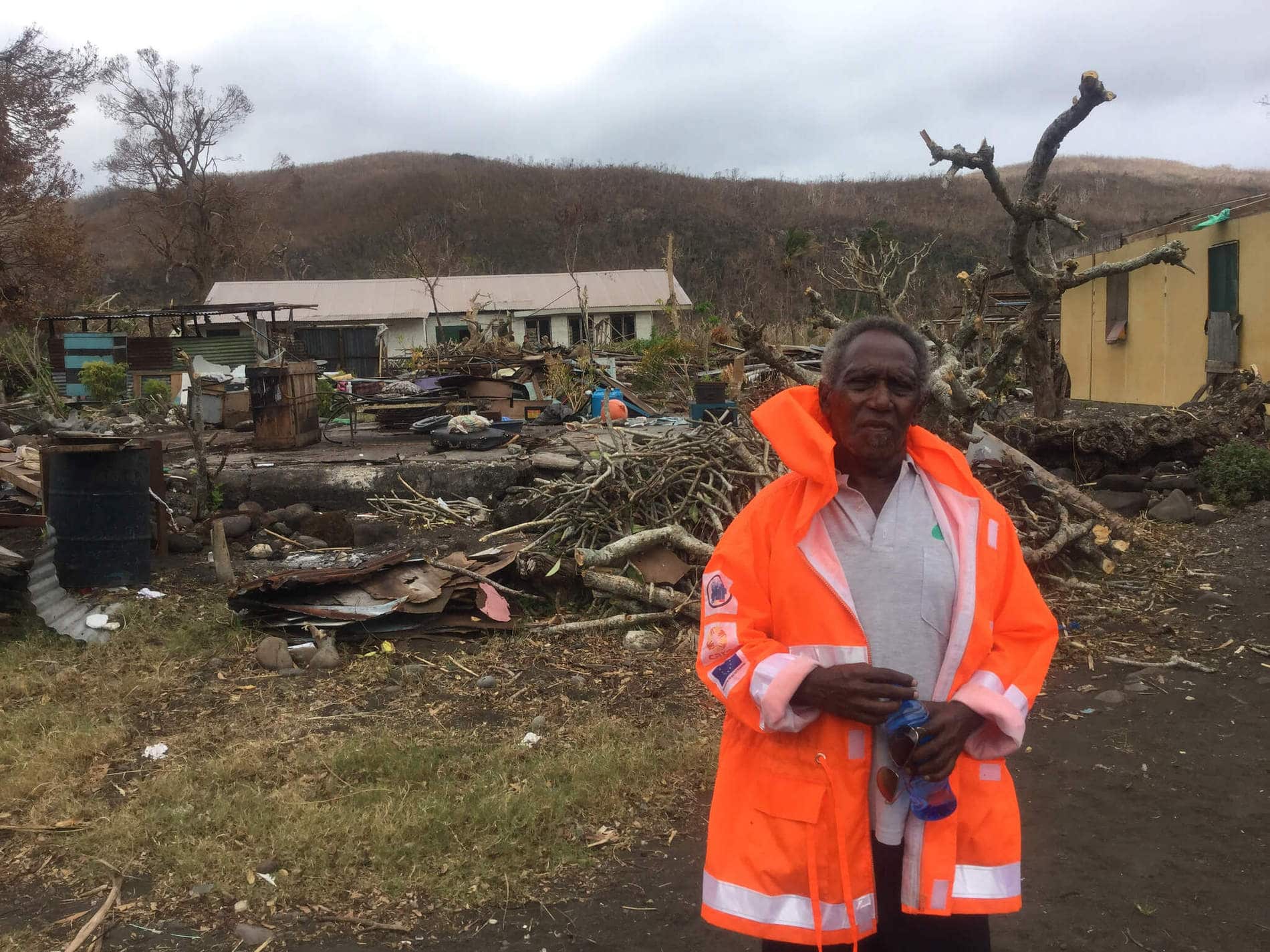 It was interpreted by local people as a simple message from their forefathers, Talia told an event on the sidelines of the talks in Katowice: “If you are thinking of migrating or running away, please take us with you, do not leave us behind.”

The recommendations in the taskforce report urge governments and U.N. agencies to include communities in their efforts to gather data and better understand the displacement risks they face, so that more effective solutions can be crafted.

This is the kind of approach experts such as Robin Bronen, who heads the Alaska Institute for Justice, are already developing.

She has worked with three communities facing relocation in the far-northern U.S. state to craft guidelines on how they want to adapt to a warming environment now and later.

That process could be used by other people facing similar threats, she added.

The communities also have devised a new word in their local language, meaning “land collapse” as a result of climate change, which could draw attention to the phenomenon, the lawyer said.

And they have learned how to monitor local coastal erosion and permafrost melt themselves using simple tools, she said.

The U.N.’s Warner said the taskforce had worked to bring together many different organizations to share their expertise on migration linked to climate change.

That pool of knowledge could support development banks helping governments to relocate people, or Pacific church groups that own land they could offer to families seeking resettlement, she said.

There are also new challenges to be ironed out, she said, such as the legal provisions needed for a country to officially give a new home to citizens from another nation – a situation that may occur among low-lying island states in the Pacific.

Salote Soqo of the Unitarian Universalist Service Committee, a U.S.-based human rights group, said some progress had been made at the international level, including efforts to link emerging frameworks around migration.

Next week, for instance, in Morocco, states are due to adopt a global compact on migration that includes voluntary actions to help people uprooted by climate stresses.

But policies are being developed and implemented too slowly to resolve the magnitude and complexity of the problems communities face on the ground, Soqo added.

Harjeet Singh, the global lead on climate change for ActionAid International, lamented a lack of financial support for those already losing homes and land in places like India.

Discussions at the U.N. climate talks on providing funding to deal with loss and damage from global warming have made little headway, with rich countries reluctant to offer much beyond helping vulnerable nations afford weather insurance.

“Unless and until we also ensure a flow of money, we will not be able to deal with (migration),” Singh said. “Communities are losing their homes already. They need to be relocated now.”