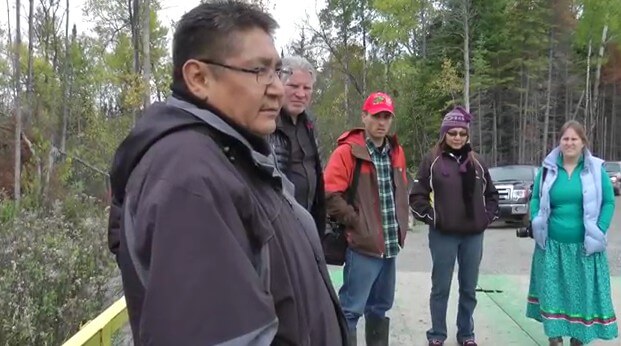 On October 9, 2014, a group from Winnipeg, Manitoba decided to visit Shoal Lake No.40 First Nation to learn their story.

Winnipeg has been extracting its water from Shoal Lake through an aquaduct that was built almost 100 years ago.

Shoal Lake No.40 has been on a boil water advisory for over 15 years. They spend $240,000 annually to import water to their community.

Until three years ago, the only access this community has to the mainland was a small barge, or the frozen lake during winter.

For the last century, this community has been fighting for a road to solve their forced isolation issue. This “Freedom Road” will make it possible to receive a water treatment plant and allow the community to safely access the mainland.