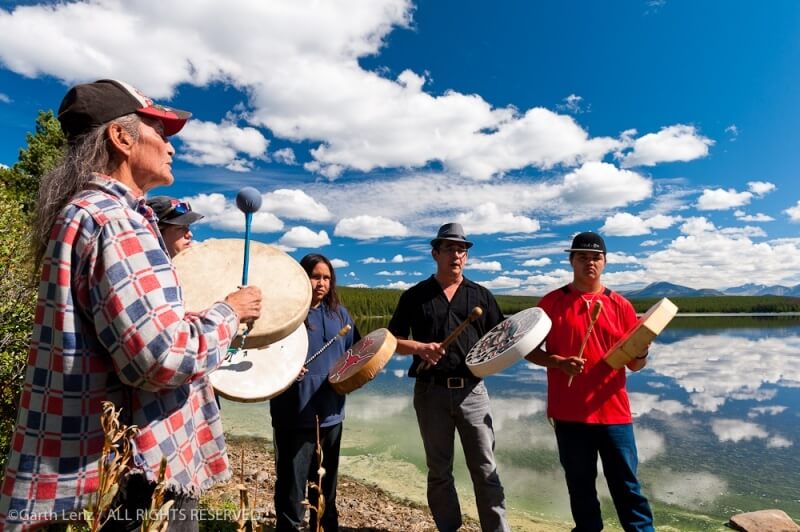 On October 4th, the Tsilhqot’in First Nation of British Columbia will hold a totem pole-raising ceremony to inaugurate 3,000 square kilometers of land as a tribal park, just a few months after a historic Supreme Court decision granted them title to 1,750 square kilometers of disputed land. The park, to be called Dasiqox Tribal Park, is set to include Fish Lake, the intended site of the controversial New Prosperity mine proposed by Taseko Mines, which has been twice rejected by the court and still awaits a decision on Taseko’s appeal. The implications of the founding of the park are as yet unclear, as the Tsilhqot’in’s title does not actually include Fish Lake and tribal parks are not yet provincially recognized entities.

Despite the lack of clarity, the establishment of this park will plant an additional obstacle to Taseko’s efforts to mine the sacred Fish Lake, or Teztan Biny. The proposed mine plans have consistently been found to pose significant environmental threats, namely contamination of Fish Lake’s water and the fish that inhabit it, on which the Tsilhqot’in people depend. Grand Chief of the First Nations Summit, Ed John, told CBC News, “It’s an area, from what I understand, that needs to be protected for habitat, for wildlife, grizzly, for salmon spawning areas. It’s an important area.” A 2014 inventory report corroborates this, finding that the newly titled territory includes “unique ‘rain shadow’ forest ecosystem and some of the best habitat for large carnivores in North America.” The report concludes that the only way to ensure the protection of these fragile and unique habitats is through “full protection status.” The park will protect endangered salmon and pine habitat, as well as deer migration routes, and will connect five other parks in the region, which could multiply the ecological benefits created by the new park.

Tribal parks have protected culturally and ecologically significant lands for several decades, although they are not yet officially recognized by the provincial government of British Columbia. Recently, the nearby Tla-o-qui-aht First Nation of Vancouver Island, who also established the first tribal park in the 1980s, declared a new tribal park in an effort to prevent unwanted extractive projects. In response to that declaration, British Columbia Energy and Mines Minister, Bill Bennett, said that tribal parks “fall into a grey area” while acknowledging that aboriginal peoples have a right to their land and there is a need for increased dialogue among extractive companies, Indigenous Peoples, and the government.

According to the Tla-o-qui-aht, a tribal park differs from a non-tribal park in that instead of excluding most human activities, it “integrates [them] while caring for the ecosystem at the same time – this was done successfully by our ancestors, resulting in superior ecological integrity of the whole landscape in the territory.” This integration can include sustainable ecotourism, fish hatcheries, and can otherwise create jobs while promoting the protection and respect of water resources, animal and plant species, and sacred sites. While the declared Tsilhqot’in park will not allow the clear-cutting of vast swaths of forest for logging operations, mining, or other large-scale destructive operations, it will permit smaller-scale activities, such as mobile saw mills for tribal logging projects. Significantly, the Tsilhqot’in Nation is not opposed to mining projects outright; rather, it says that “resource companies need to respect the rights of aboriginals if they want their projects to proceed.”

Joe Foy, Campaign Director of the Wilderness Committee, applauds the establishment of the park, saying, “This is an extremely important wild area, and its protection will have a long-lasting positive impact on the conservation of BC’s fish and wildlife. The Tsilhqot’in government has done a great service to all British Columbians.”