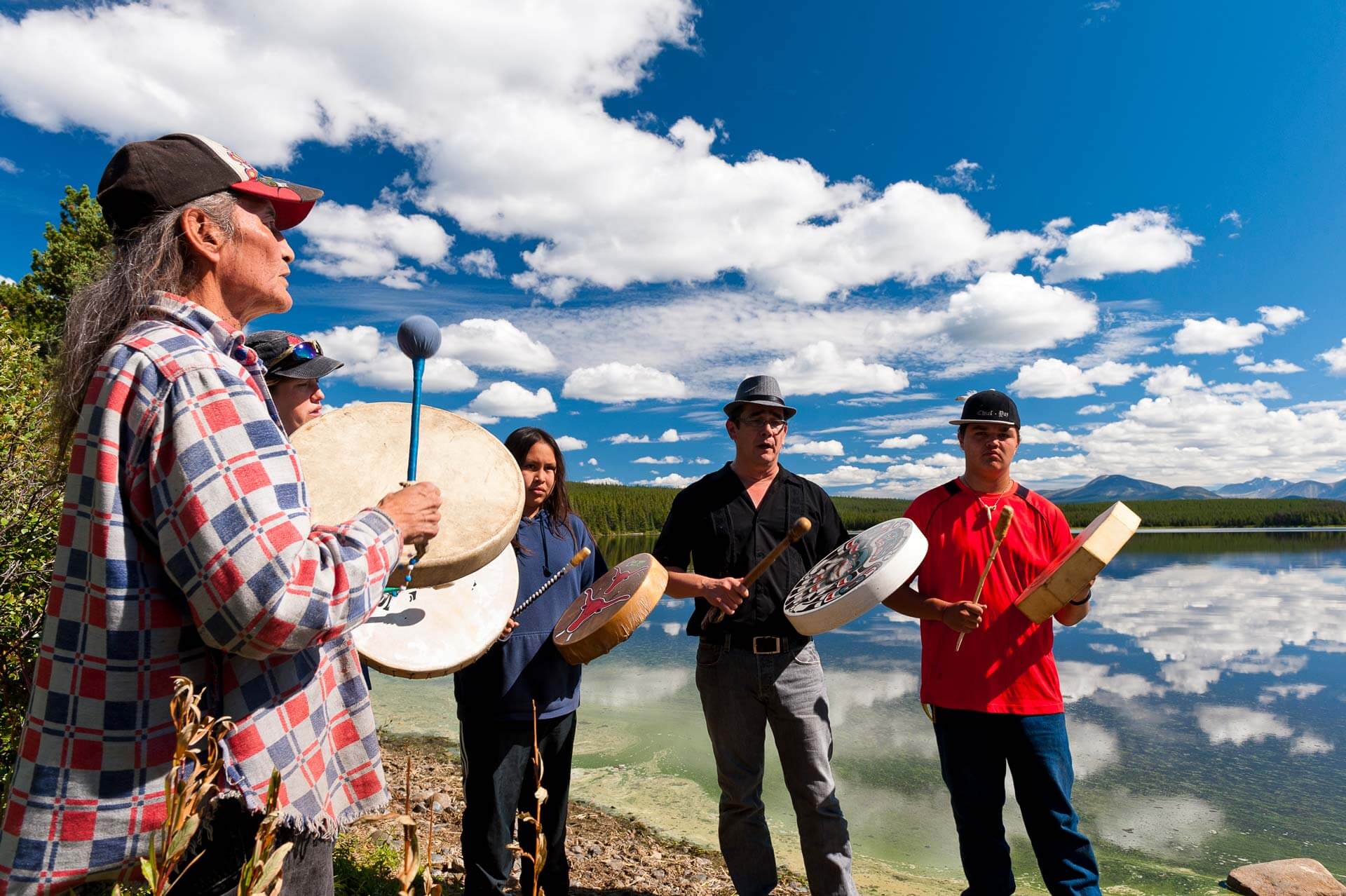 The Tsilhqot’in told the UN they were alarmed about the imminent violation of Tsilhqot’in human rights at Teztan Biny because Taseko Mines Ltd. advised the Tsilhqot’in on June 14 the company planned to begin exploratory drilling in the area.

Teztan Biny is rich with rainbow trout, supports a sockeye salmon run and is connected to a watershed that’s home to a threatened grizzly bear population. It’s also a site of major cultural, livelihood and spiritual significance to the Tsilhqot’in.

How did it come to this, years after key decisions that would have seemed to end mining activity in the area?

In 2012 the B.C. Court of Appeal confirmed Tsilhqot’in’s Aboriginal hunting and trapping rights beyond the recognized title area in 4,380 square kilometres of their traditional territory, including the Teztan Biny area.

The federal government twice refused to grant permission to Taskeo Mines Ltd. for a mine near Teztan Biny in 2010 and again in 2014. In 2013, a federal review panel declared that the mine, even with a revised design after its earlier rejected iteration, would have adverse impacts on water quality, fish and fish habitat and wetland ecosystems. The panel also determined the project would adversely impact Indigenous peoples’ cultural heritage, their ability to use their lands for traditional purposes and archaeological and historical resources.

Despite objections from both the Tsilhqot’in National Government and the federal government to building the mine, B.C. approved a permit for Taskeo Mines Ltd. for exploration in 2017.

The Tsilhqot’in National Government sought to halt Taseko Mines Ltd. activity by appealing to Canada’s Supreme Court, but on June 13 the court refused to hear the appeal.

The mining company’s provincial permit allows for high-impact and extensive activities including road building and expansion plus drilling and excavation near Teztan Biny and Nabas, an area that Chief Joe Alphonse refers to as “sacred to us as a church.” 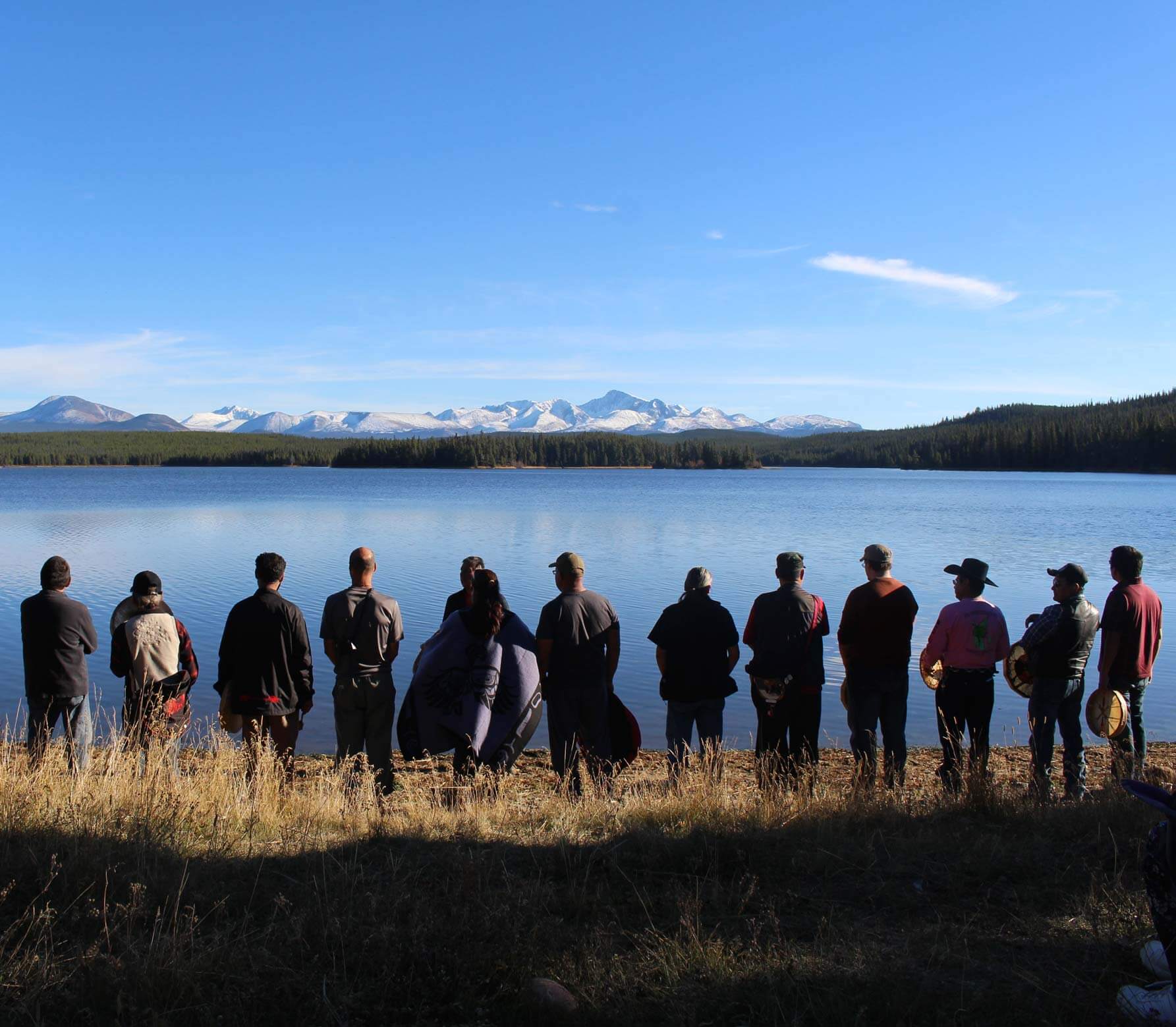 Free, prior and informed consent

Just before the Tsilhqot’in National Government requested the UN presence, a private member’s bill sponsored by Cree MP Romeo Saganash to implement the United Nations Declaration on the Rights of Indigenous Peoples (UNDRIP) was defeated in the Senate by Conservative members.

Bill C-262 would have obligated Canada to bring federal law in line with UNDRIP. While Canada endorsed UNDRIP in 2016, it has yet to reform its laws to be consistent with the declaration — including a cornerstone premise of UNDRIP that “free, prior and informed consent” is required from Indigenous peoples before developments impacting them can proceed on their lands and waters.

The defeat of Bill C-262 and ongoing resource development without Indigenous consent — particularly what UNDRIP enshrines as free, prior and informed consent — is a bad omen for reconciliation. As Saganash told Parliament, Canada’s reconciliation agenda can never succeed without justice.

The notion of free, prior and informed consent acknowledges that resource extraction and other development can severely impact Indigenous livelihoods and territories, and thus shouldn’t proceed without the consent of affected communities.

‘It is there for us’

Dasiqox Tribal Park encompasses 300,000 hectares of important wildlife habitat, and includes pristine ecosystems and sites of immense cultural significance to the Tsilhqot’in people. Parts of Dasiqox Tribal Park have also been impacted by decades of forestry, road building and other developments.

In the Tsilhqot’in language, Dasiqox Tribal Park is Nexwagwezʔan, meaning, “it is there for us.” The vision for Nexwagwezʔan is based on three pillars: environmental protection, cultural revitalization and sustainable livelihoods.

The Dasiqox Tribal Park is an example of an Indigenous protected and conserved area (IPCA). This new form of conservation governance has gained broader and global attention and momentum through the work of an Indigenous-led advisory group working with the federal government to adopt biodiversity goals and targets. Such protected areas are a means for Indigenous peoples to protect the ecological and cultural integrity of their lands and waters while supporting certain economic activities.

However, some tribal parks and IPCAs are not yet legally recognized in Canada. They therefore lack the type of protection ensured by conventional protected areas, such as national parks. Unlike conventional parks, they are Indigenous-led, managed according to Indigenous law and knowledge systems and allow for certain types of occupation, harvesting and economic activity within their borders.

Taseko Mines Ltd. has been attempting to develop their proposed gold and copper mine for more than 20 years without Tsilhqot’in consent.

On July 31, a B.C. Supreme Court judge said a decision about both injunctions won’t come until the first week of September.

The fact that Indigenous peoples are continually pushed to blockades and are tied up in court cases and injunctions to protect their rights and territories speaks volumes about the underwhelming state of reconciliation in Canada today.

If Canada continues to ignore its obligations to Indigenous peoples under long-standing agreements, UNDRIP and other international agreements, reconciliation will remain but a superficial buzzword.

Conversely, the Tsilhqot’in Nation’s vision for Dasiqox Tribal Park offers a powerful example of what true reconciliation could look like in Canada if Tsilhqot’in rights and interests were respected and upheld.