Another step closer to Lubicon confrontation 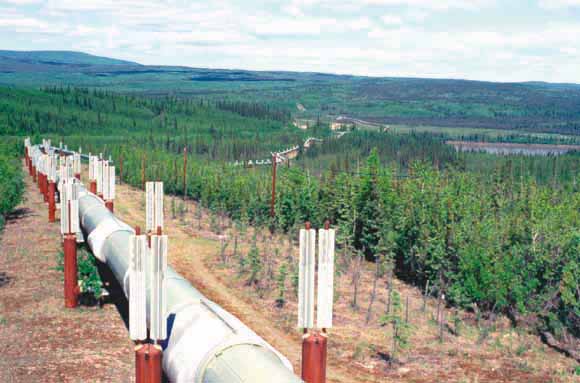 The Alberta Utilities Commission (AUC) has approved TransCanada’s proposal to construct a new major gas pipeline across unceded Lubicon Territory, inviting the company to take one more step toward a confrontation with the Lubicon.

The AUC made its decision on October 10, stating that they “…will issue a permit and licence to construct and operate two pipelines…and associated compression facilities…in due course.” This most likely means in the next few days, since TransCanada said in their proposal that they want to get started on the construction in mid-October.

Following the AUC decision, Friends of the Lubicon issued a statement reaffirming that the construction, whenever it begins, “is expected to face unspecified Lubicon opposition. The Lubicons have made clear all along that they will not allow construction of the pipeline across [their] land over their objections.”

The statement goes on to provide a deft analysis of how the AUC arrived at its decision, which, in a sentence, they did by twisting the consultation process along with the meaning of “Aboriginal rights,” as well as by turning the tables on the Lubicon to make it seem as if they have supreme authority over the Lubicon. The statement reads,

“As a result”, the AUC decision says, “the Commission confirmed in a letter dated May 8, 2008, that Lubicon Lake Indian Nation…has not demonstrated that it had standing for purposes of the Application”. That’s a euphemistic way of saying that the AUC denied the Lubicons standing in the AUC hearing of TransCanada’s application to build a major new gas pipeline across unceded Lubicon land.

The careful choice of language used in the AUC decision makes it sound as though the Commission bent over backwards in an effort to accommodate Lubicon concerns but the Lubicons refused to meet perfectly reasonable AUC requirements. The brutal truth is quite different.

It is the position of the provincial regulatory agencies that they have no jurisdiction to decide their own jurisdiction. They are therefore flatly unprepared to consider the implications of their approving resource projects on land not properly under provincial jurisdiction.

When they talk about “detailed information in support of (the Lubicon) allegation of…specific aboriginal rights its members exercised in the vicinity of the proposed gas utility pipeline”, the AUC is not talking about unceded Lubicon aboriginal land rights but aboriginal rights recognized under Canadian law to hunt, trap and fish on land not needed by the Canadian government for something else subject to Canadian law and regulation by Canadian government. The way it’s put in Treaty 8 — which purports to cede the aboriginal land rights of the aboriginal people in the surrounding area but to which the Lubicons are not a party — is “said Indians (not including the Lubicons) shall have the right to pursue their usual vocations of hunting, trapping and fishing throughout the tract surrendered as heretofore described, subject to such regulations as may from time to time be made by the Government of the country, acting under the authority of Her Majesty, and saving and excepting such tracts as may be required or taken up from time to time for settlement, mining, lumbering, trading or other purposes”.

When the AUC talks about rights that might be “directly and adversely affected” by a proposed resource project they are not talking about unceded Lubicon aboriginal land rights but the rights the AUC has to consider under their provincial enabling legislation which the province re-defined last December — expressly to facilitate the rapid-fire rubber-stamping of resource project applications — as consisting only of private property rights recognized under provincial law.

And the third thing they’re talking about are some shameful recent Canadian court decisions that say that the government has the legal duty to consult with aboriginal people before proceeding with things that infringe upon such surface aboriginal rights as hunting, trapping and fishing — and to make a so-called good faith effort to reach accommodation with regard to infringement of those rights as evidenced by meeting with the aboriginal people a sufficient number of times and involving people with sufficiently important sounding titles — but not necessarily to reach accommodation with the aboriginal people before proceeding. (One wag has suggested that the legal duty to consult aboriginal people under Canadian law is tantamount to saying that it’s legally permissible to rape someone just as long as you tell them in advance that you’re going to do and how you’re going to do it.) [emphasis added]

What all of this comes down to in the context of the AUC decision is that the AUC was not prepared to take unceded Lubicon aboriginal land rights into account in making their decision on approval of TransCanada’s major new gas pipeline across unceded Lubicon land but only such things as whether a Lubicon trapping cabin might be destroyed by pipeline construction — which might give rise to limited financial compensation or even possibly a slight adjustment in the proposed pipeline route — and also to require TransCanada to feign a good faith effort to reach accommodation with the Lubicons — but not for a moment to allow infringement of even recognized surface aboriginal rights to significantly impact proposed project plans.

That’s what all this “specific aboriginal rights” talk in the AUC decision is all about. It has nothing to do with attempting to take unceded Lubicon land rights into account.

TransCanada, under this dubious if not outright fraudulent provincial authorization, will now undoubtedly attempt to undertake construction of this major new gas pipeline across unceded Lubicon land.

If you would like to support the Lubicon, consider writing a letter to:

To learn more about the Lubicon and their struggle, visit the Friends of the Lubicon Alberta website or the Lubicon Cree Facebook group.