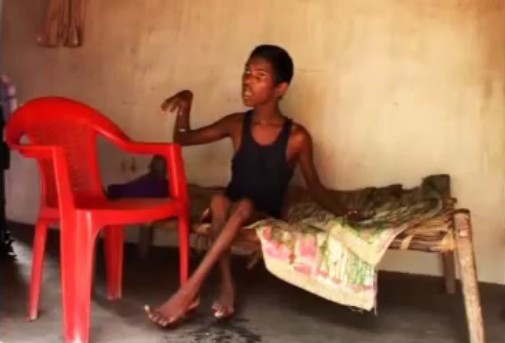 Moushumi Basu reports on a shocking story that the Uranium Corporation of India Limited (UCIL) and the Government of India doesn’t want you to know about. Toxic Neglect was produced for Women Aloud Videoblogging for Empowerment (WAVE).

Jadugoda. Located on the ancestral lands of the Santhal, Munda and Ho Peoples in Jharkhand, India, Jadugoda is home to almost all of India’s Uranium reserves.

For the past 30 years, the Uranium Corporation of India Limited (UCIL), has been actively mining the area.

It’s where UCIL got its first legs. However, the company hasn’t been mining uranium as one would expect. Rather, they’ve done so without any regard to human life or the environment. In fact, it’s as as if we’re not even talking about uranium. As far they’re concerned, it’s granite–an igneous rock that most definitely isn’t radioactive.

Most of the workers that UCIL employs are locals, indigenous people who never even heard of uranium 30 years ago. They certainly had no idea what it could do to them when they handle it with their bare hands or what it could do to their children when they drink, bathe and have fun in water that contains radioactive slurry from one of the four uranium mines in the area.

Today, the people of Jadugoda no longer have that ignorance. As Doctors for Peace and Development revealed in their 2007 report, Black Magic of Uranium at Jadugoda, the villagers now suffer from an entire array of health problems, from cancer to skin diseases, physical deformities, blindness, brain damage and sterility.

It’s one thing, however, to hear about “skin diseases and physical deformities.” It’s quite another to see it. And it’s something else entirely, for example, to be the kid who was born with three fingers, one eye and a mouth so small he has to eat from a straw.

Sympathy just seems so inadequate. It’s certainly not what the villagers want. Rather, they want to be treated with dignity–not as victims but as human beings who have human rights.

Shri Prakash, a member of the Jharkhandi Organization Against Radiation (JOAR) and Director of the award-winning documentary film Buddha Weeps in Jadugoda adds that:

1. We need more scientific research on the water, soil, air and vegetation in the region. Especially where it’s most important to the villagers in the area.

2. We want legislation similar to the United States’ Radiation Exposure Compensation Act (RECA) so all the workers, families and communities can receive just compensation.

3. We want to see support and solidarity from the international community.

4. We also want short term support–medicine and health care services–for those who are suffering from radiation exposure.

Right now, JOAR is one of the only organizations in the world actively supporting the People of Jadugoda.

It’s time for that change.