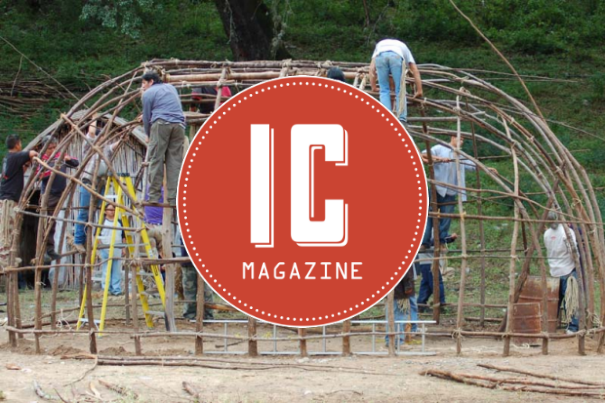 The Time is Now! A final plea from IC’s Editor and Publisher

Over the years, IC has published more than 3,000 articles on the rights and struggles of Indigenous Peoples around the world. Can you spare $5 for 3,000 more?

When I started IC Magazine nearly ten years ago, I was setting out on what I thought to be a crucial journey. Back then, before the days of facebook and twitter, there really weren’t any websites around where you could learn about the struggles of Indigenous Peoples in Brazil, Canada, Tanzania, Australia and 70 or so other countries. If you wanted a full picture of what was happening to the world’s Indigenous Peoples, you had to spend your days digging through the near-endless digital archive that is the internet.

I spent more than a year digging through that archive, until finally took matters into my own hands by routing all the essential news to one location in the hopes of making it easier for everyone to see what was happening at any given time in any given country.

Around four years later, I started reporting the news instead of just curating it. As a high school dropout with learning disabilities I knew it was going to be a challenge, but I refused to let any personal deficits get in the way of this important work. And so, in addition to my continued daily research, I started writing–and then, I started writing more–until finally I was pushing out as many as four articles a day. By 2011, though, I could no longer keep up with everything. The Indigenous Peoples movement had simply grown too much. I needed to find more people to work with.

I’m glad I decided to open the doors, so-to-speak, because it brought in a number of people who were, like me, dedicated to informing the international community about the rights, needs, interests, hopes, and perspectives of the world’s bedrock Nations.

We’ve done so much good work over the years, providing a continuous stream of stories that few others were willing to write about, including:

IC also blew the lid off of the Harper government’s legislative assimilation plan, which notably contributed to the uprising of the Idle No More Movement. We also provided extensive coverage of CERA’s preparations to “end tribal sovereignty” in the United States, something which has, to this day, been covered by just two other publications. In addition, we’ve provided a great deal of critical analysis on the policies and practices of the United Nations, the World Bank, the RPSO and various other institutions. We’ve also examined psychological warfare tactics as applied against indigenous peoples, as well as communications strategies and models of engagement required to counter it.

Needless to say, IC has exceeded all my hopes and expectations. Unfortunately, right now, the future of IC is nowhere near as bright as its past.

As a grassroots publication run by volunteers, we’ve always relied on the financial support of our readers. However, these days, the cost of running IC has increased almost as much as its audience, forcing us to continuously scramble for just enough funds to keep things going, even going so far as to borrow money from friends.

For the past ten weeks, we’ve been trying to raise funds through indiegogo so that we can register IC as a non-profit organization and give us a little financial security to get us through to the summer. Sadly, our first fundraiser fell short at about 48 percent of its goal. The second fundraiser, which ends in less than three days, is similarly sitting at the 47 percent mark.

If I could take care of the bills on my own, I would absolutely do it; but as things are, I cannot. And we don’t have any foundations to come to our rescue. The future of IC is literally in your hands.

And so I ask for your support one final time, for the sake of IC and all the work we have left to do:

Please help us reach our goal so we can get back to what we do best: http://www.indiegogo.com/projects/long-live-ic-magazine-part-ii/