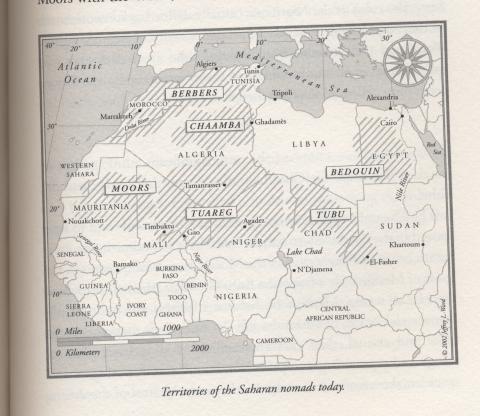 I’ve often remarked that indigenous connections with landscape reflect a continuity of both location and observance recorded in aboriginal memory systems. Reading Sahara: A Natural History by Marq de Villiers and Sheila Hirtle, I am struck by how little understanding we display today of the vacillations of landscape associated with long atmospheric cycles, erratic orbits, and abrupt variations in the axial tilt and wobble of our planet.

Noting the sudden change of the Sahara from vast savanna to world’s largest desert a short time prior to the emergence of the Roman Empire, de Villiers and Hirtle bring to life the reality of climate changes — over millions, thousands, and even hundreds of years — that demanded significant adaptation by earlier civilizations, long before fossil fuels entered humanity’s lexicon. Recalling that one of the most pressing points raised in current statements by indigenous organizations working on climate change protocols is retaining options in order to adapt to the unexpected, I can see more clearly the value of long-tended indigenous knowledge. Indeed, as de Villiers quotes Martin Claussen regarding the Sahara, “It all happened very fast…well within the limits of cultural memory.”

Given the shortest cycles are often tens of thousands of years or longer, the ability to observe patterns and develop adaptive cultures is no small achievement–something the Tuareg and other indigenous peoples worldwide came to appreciate. As we exacerbate cataclysmic change due in part to fossil fuel societies, preserving adaptability seems like a good idea.