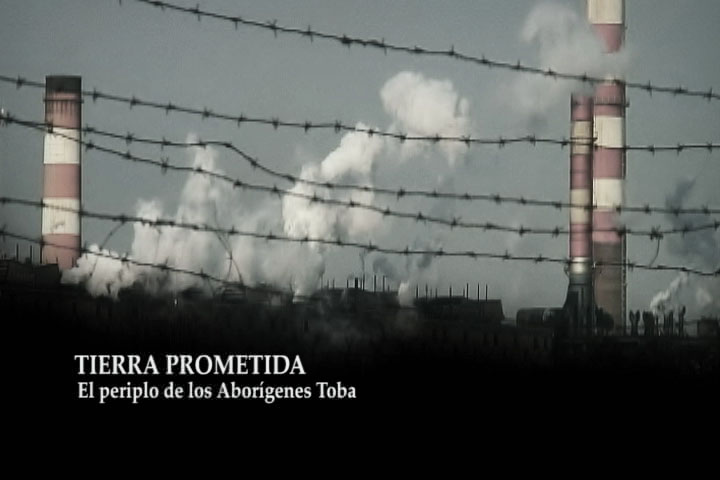 Tierra Prometida (Promised Land) chronicles the journey of a group of ethnic Toba (Qom) People who were driven from their traditional territory in Argentina’s dense El Impenetrable forest.

For centuries the Toba resisted colonial encroachment and missionization, until the late 1800s, when the Argentine government began to occupy and divide El Impenetrable into concessions to exploit.

Ever since that time, the Toba have been cheated, forgotten, and forced to endure a hostile reality—all the while searching for a better life for themselves and their children.

Ruben Sarmiento, Chief of the Toba Community “19 de Abril” tells the story of his tribe and the obstacles they have had to overcome after being settled in the port area of Dock Sud, Buenos Aires, one of the most polluted areas in the world.

Situated near the Federal Capital, Dock Sud stands as the focus of discrimination, unemployment and crime, malnutrition, and diseases like tuberculosis and Chagas disease, caused by a parasitic insect.

Despite being decimated by environmental aggression, violence and social exclusion, the Toba have continued to believe in and struggle for a future of freedom.

Tierra Prometida – El Periplo de los Aborígenes Toba (Promised land – Journey of the Indigenous Toba) was produced by Noron producciones. If you’d like to learn more about the film, visit (ESP) http://www.periplotoba.com.ar/. Thanks to Jahnessa for passing on the film.