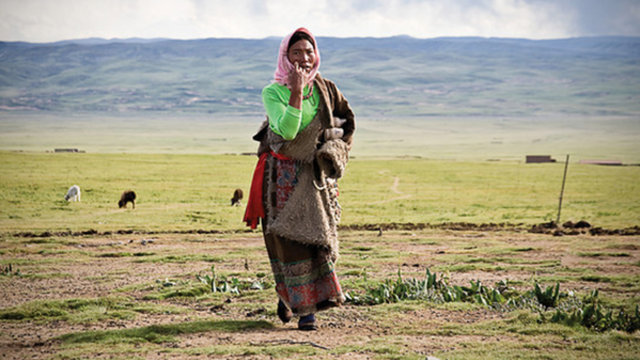 For millennia, Tibetan nomads have lived sustainably on the land and are the guardians of Tibet’s fragile environment. At least 2.25 million – a third of Tibetans – live nomadic or semi-nomadic life, a way of life that is an intrinsic part of Tibetan society.

In 1998, China declared that an end to the nomadic way of life would be sought by the end of the century. Although China missed this deadline, efforts intensified and by 2010, 200,000 families, or 1.4 million people, had been settled into ghetto-style housing blocks. Resettled nomads are denied the right to freely determine their own future and coesive settlement offers little economic opportunities causing social and economic problems, including unemployment, alcoholism, and suicide.

History has shown the tragic consequences to communities and traditional ways of life when people are forced off their land. Around the world, people have sworn not to let this happen again, yet the policy China is carrying out right now inside Tibet is a death sentence for Tibet’s nomadic communities.

Tibetans aren’t the only ones being forced into these horrid housing blocks. China is also going after Nomadic Pastoralists in Inner Mongolia and the Xinjiang Autonomous Region. For more information, see our previous story: Inconvenient Truths: De-bunking China’s Plan To Settle Nomadic Populations