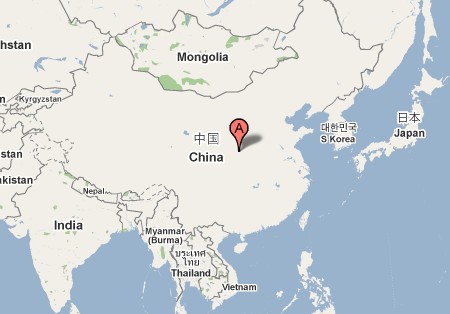 At least three people are dead after a group of “club-wielding gangsters” attacked residents of Baijiamao village in Lin Xian county, central China.

The villagers were attempting to protect a local coal mine—which the villagers say they own collectively— when the “gangsters,” presumably hired by the mine’s current private owner, stormed the site in an attempt to remove the villagers who had gathered there.

Speaking to Radio Free Asia (RFA), one eyewitness, who wished to remain anonymous, said that “one of the gangsters drove his truck into a crowd of villagers during the melee.” One villager, “Cheng Tuzhao was killed instantly while two other victims, Hao Chouhong and Cheng Huhu, succumbed to their injuries at a local hospital late Monday. The truck also struck and seriously wounded several others who were hospitalized, the witness said.”

“In the aftermath of the attack, angered local farmers laid the three corpses out along a major road beside the village, blocking traffic,” continues RFA. Several hundred villagers also gathered on the road in protest.

Another eyewitness said hundreds of police officers have been sent to the site. “Now the village is sealed off… Cars have not been able to get in or out of the village for two days.” The witness added that the condition of the wounded villagers is currently not known because of the police presence.

A police commander offered a contradictory report to RFA, alleging the “Villagers have left the scene,” adding: “we have likely detained the three suspected of the killings.” The commander also said that the other victims were being treated in nearby hospitals, “but she didn’t have an accurate number of wounded.”

A few days prior to the attack, on Friday, the villagers traveled to the capital of Shanxi province to petition the provincial high court to solve the dispute.

One villager told RFA that, “the collectively owned mine was slyly sold by some village cadres, without even notifying the villagers. We began a lawsuit last year… However, the bad guys are all ganged up together. The mine owner is in cahoots with the police.”

Other local sources explained that the private owner then sold the mine to someone else. Six months ago, the villagers began to build “makeshift tents” around the mine site to defend it. The new owner has not been able to operate the mine as a result.

The day after the petition was filed, on October 10, 2009, police arrested villager representative and Chief Cheng Pingshun. The “club-wielding gangsters” arrived two days later, on October 12.