Thousands of Sudanese Refuse to Leave Their Land 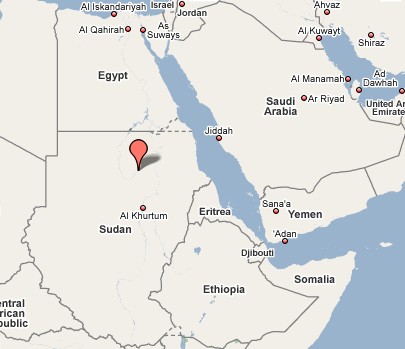 Thousands of Manasir villagers in Sudan are refusing to leave their lands, which are currently being flooded as the reservoir for the nearby Merowe Dam begins to fill.

“Local communities have recorded their trauma on video, and say the reservoir is being deliberately filled now to forcibly evict those villages that have been most outspoken in calling for fair compensation and replacement lands. As many as 25 villages could ultimately be affected by the rising waters,” says International Rivers.

The Manasir, who number around 50,000, were previously willing to relocate to other parts of their land, within the fertile region of the Nile Valley. However, through the Merowe Dam Implementation Unit (DIU), the Sudan government recently told the Nubian people that they will now have to move to a desert location.

“The inundation of the Manasir lands followed on the 24 of July,” explains the recent Emergency Appeal for Urgent Relief of Merowe Dam Communities by the Executive Committee of the Manasir Community (ECM). “Up to July 28th, seven villages and inhabited islands were completely submerged. The victims were 205 families, and their number is expected to increase to more than two thousand families by the end of the flood season in mid-October. It is a pity that the government has taken strict security measures to deny the access of the press and the humanitarian organizations to the affected area. It has neither provided relief nor allowed others to provide such help. It even prevented the UN representatives to visit the affected area in order to assess or monitor the situation. It also deliberately disconnected the Sudani wireless communication service which is the only available service in the affected area. It also refused to release key data such as the reservoir contour highest level, the dam operation system and the Environmental Impact Assessment.”

Asking for monetary support from the local and international community, the Emergency appeal letter ends,

“This severe flooding did not take the Manasir by surprise. It was clear to them that the government would never honor its agreement, so they depended on themselves and took emergency measures. They made different arrangements and organized themselves into different task force groups. They could successfully rescue all the victims with their movable properties, losing only their homes and planted crops. They provided the victims with temporary shelter, food provisions, and fodder for their animals. They will continue supplying them with provisions depending on their limited resources till the victims are able to sustain themselves and begin a new life starting from the scratch. The ECM therefore made this emergency appeal for all benevolent inside the Sudan and abroad for help. It also meant that all people get informed with their real problem in order to sympathize with their case and to appreciate their great sacrifice for the benefit of all Sudan.”

If you would like to donate to the communities’ emergency fund, write to:
bertait@fareah.fslife.co.uk