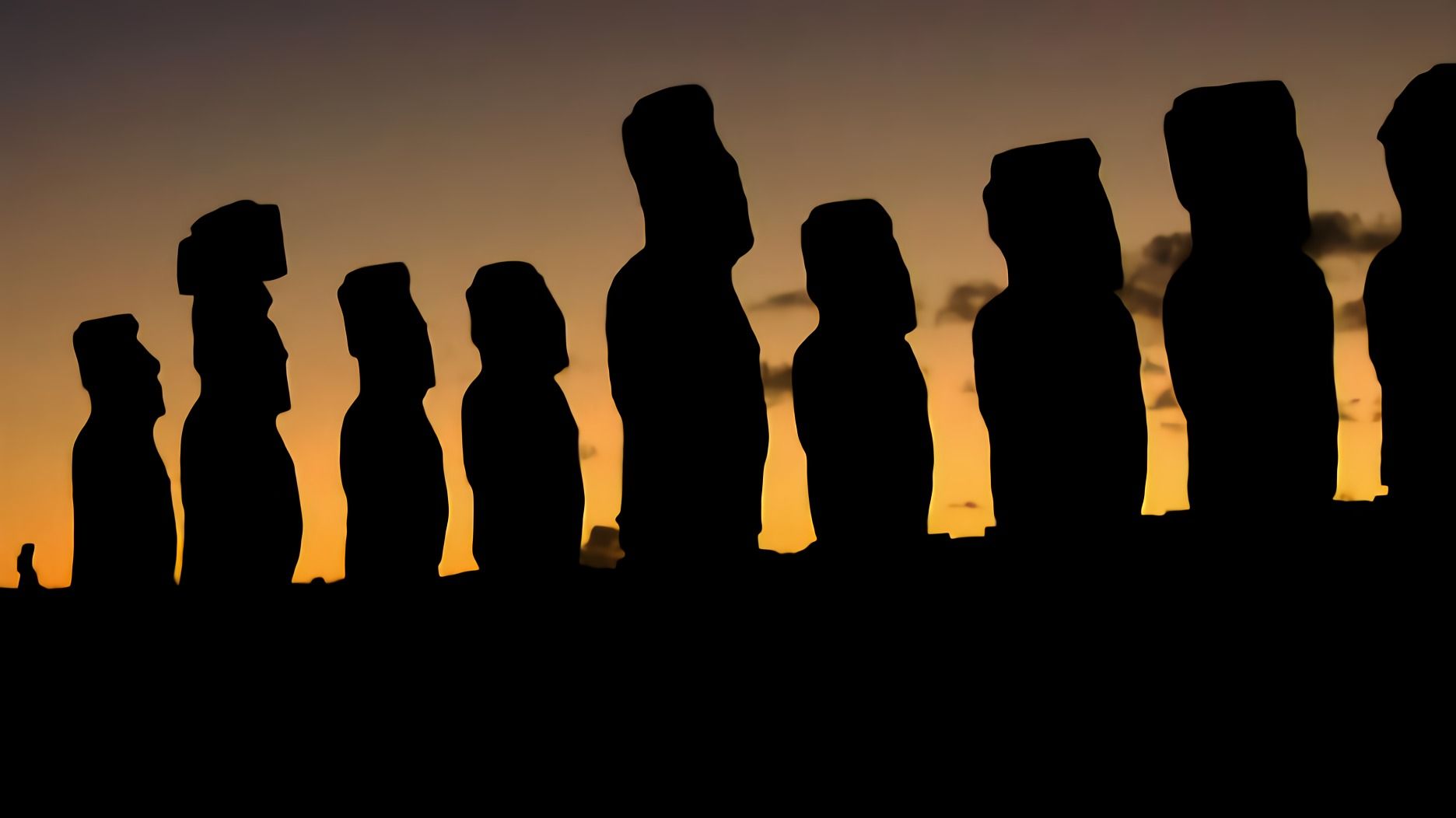 The Unknown Truth Behind The Moais

We, the Rapanui people of Easter Island, have managed to preserve our Polynesian culture despite a horrible history. Our ancestors were sold as slaves, infected with deadly diseases, locked up in a ghetto. We have experienced all sorts of physical and psychological tortures since our first contact with the ‘civilized world’ in 1722. 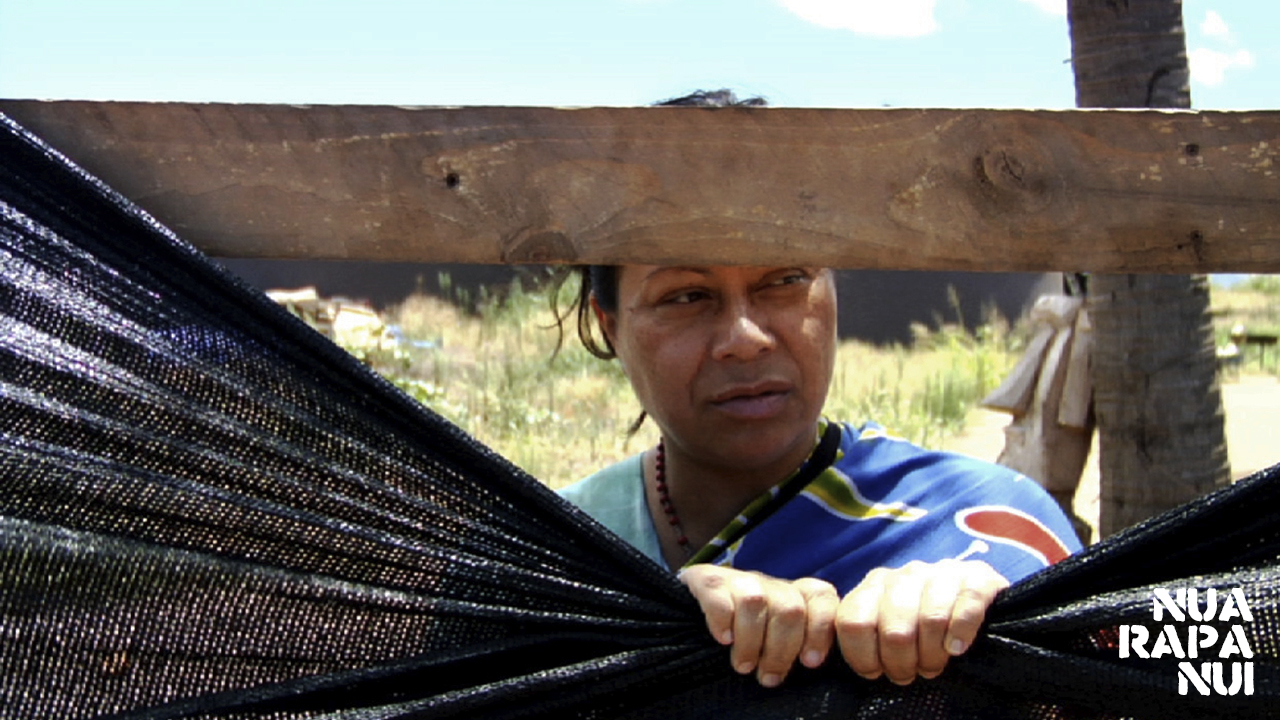 The most striking legacy of our Polynesian culture are the stone sculptures called moais. They have made our island known around the world, and there are all kind of theories about them, how we made and moved them.

What is really important for us is very different though. The moais are spiritual tombstones; build to protect the land and the blood matrix to which each clan belongs. At the top of the moai, sits the Pukao, or hat, representing a Henua (a mother’s womb). The place in which the moai reaches into the pukao, is the komari, or clitoris, the sacred key that opens the space for the kuhane (soul) to come into each newborn of the clan. The moais stand on top of the Ahus. The Ahus are enormous rock catacombs. When someone died his or her body was left on the Ahu, so the flesh could disintegrate, so the bones could be buried underneath. Beside it, women buried their placentas after each birth. Both traditions were done as a gift to Kainga (Mother Earth) so that it would always nourish the clan. Our moais represent conception, birth and death. What for the tourists are unrivaled archaeological sites, for us symbolize the profoundly spiritual bond we hold with our land. 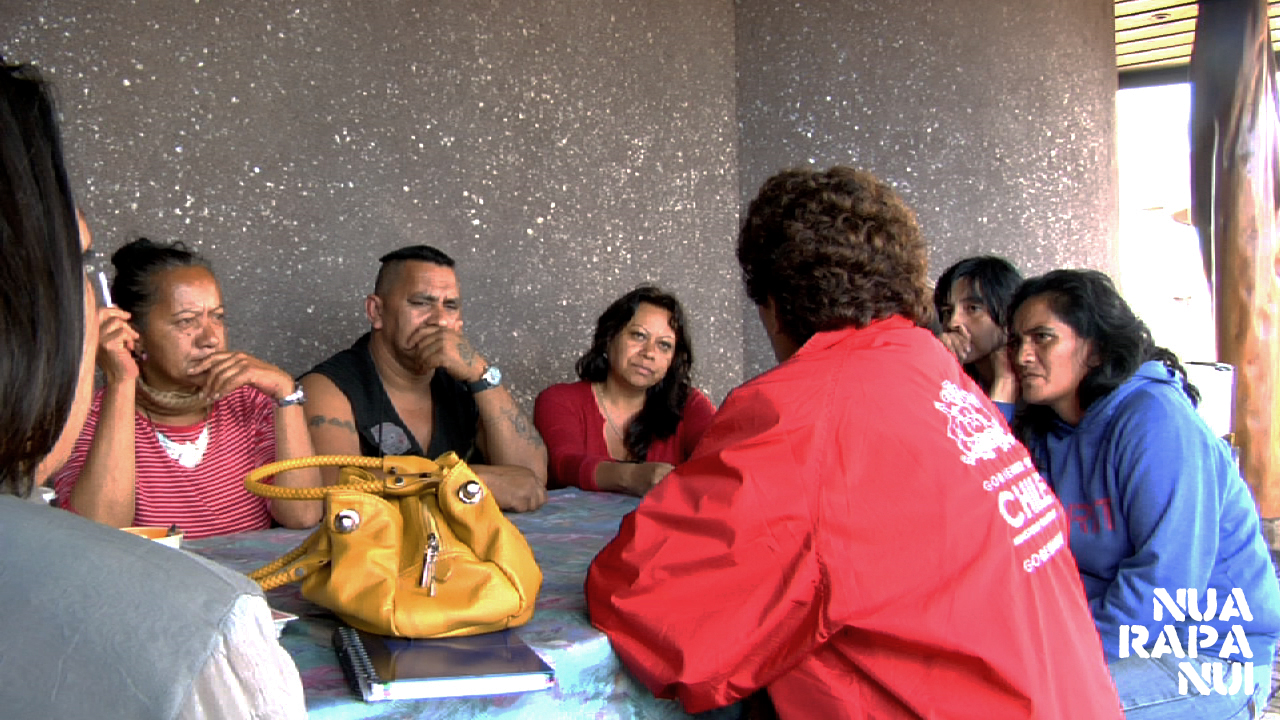 Not long after our island was annexed by the Chilean state in 1888, it was rented – together with all inhabitants – to a British sheep farming company. All clans were dispossessed of their land. It was the darkest time of our history, 7 decades in the ghetto, forgotten and enslaved.

I am proud to belong to one of the fiercest clans of Easter Island, the Hitorangi Clan. Our land, together with our holy sites was stolen by the state, and later sold. Our moai and ahu were destroyed, so that a pool for the five star “Hanga Roa Hotel” could be built. What would you call this? I call it cultural assassination! This luxury hotel is built over the wombs and the bones of our clan. The tourists who come, travel around the island taking pictures of the remaining ahus and moais.

I don’t really blame them, they just don’t know. But after uncountable peaceful attempts to recuperate our land, with nobody wanting to listen, we have begun a different fight! We have occupied the land that was stolen from us. We are taking it back. It is and has always been ours. 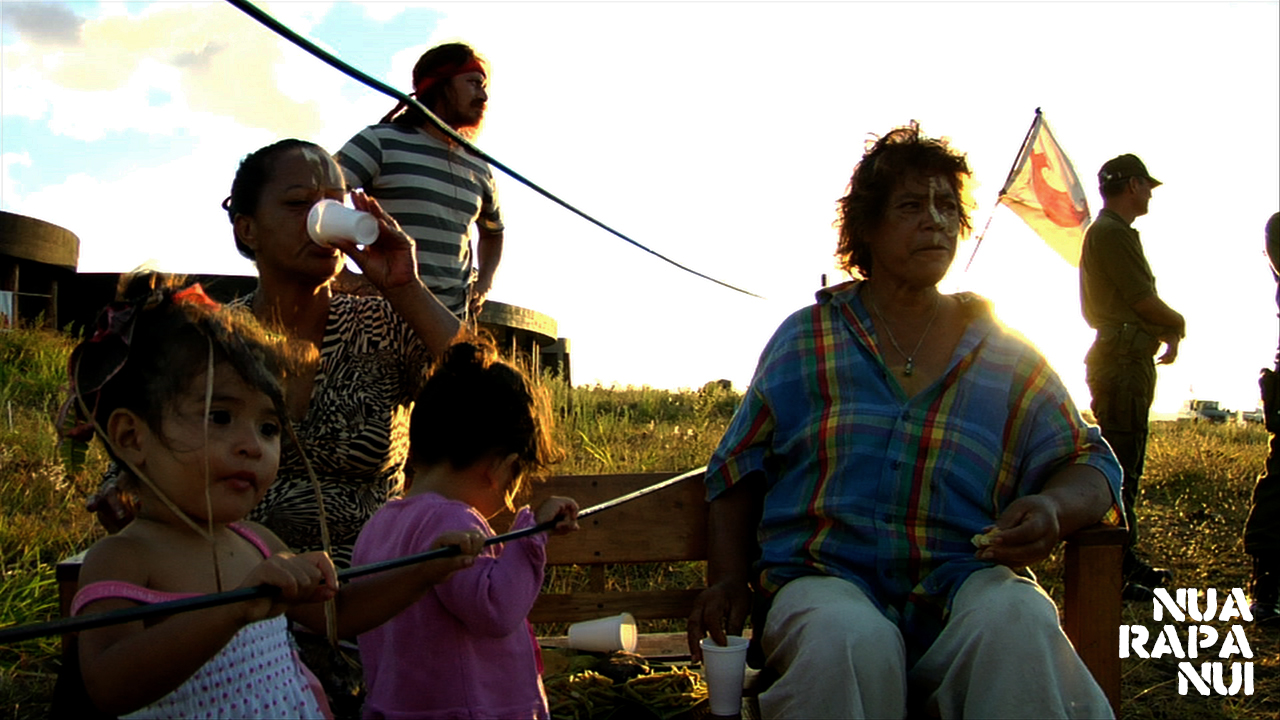 Our struggle is being filmed by an international team, and maybe the future tourists of the island will be able to learn that they are coming to a sacred place. “Nua Rapa Nui” is a documentary film project, that unfolds the ancestral richness hidden behind the archaeological sites of Easter Island. It follows my clan, the Hitorangi Clan, while we risk our lives in defense of our stolen land.