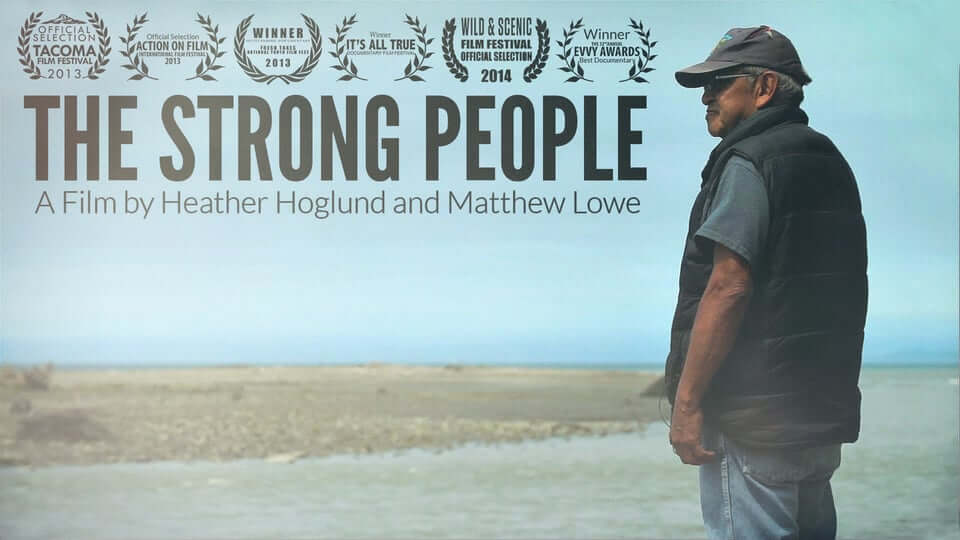 An award-winning film about the largest dam removal project in US history
Support our journalism. Become a Patron!

The Strong People is an award-winning documentary film that chronicles the largest dam removal project in US history and its affect on the Lower Elwha Klallam Tribe of Washington State.

The Elwha river was central to Lower Elwha Klallam life since time immemorial, a relationship that was radically altered in the early 1900s, when two hydro dams were constructed across the Elwha. The first of these, the Elwha river dam, was completed in 1913 as the Olympic Power and Development company sought to generate energy using the river. This was followed by the Glines Canyon Dam further up river. These impositions along the river’s natural course altered the character of the watershed, with profound natural and cultural consequences. Fish migrations up river were blocked as designers failed to include fish ladders in the builds, indigenous fishing activities were hindered and the equilibrium of the local ecosystem skewed and damaged. In addition, the Elwha Dam alone flooded two hundred and sixty seven acres of land of cultural significance.

After well over half a century in operation, steps were finally taken to reverse the ecological and cultural damage caused by the dams. In 1992 the American Congress mandated the full restoration of the Elwha’s ecosystem and natural fisheries to be achieved via the Elwha River Ecosystem and Fisheries Restoration Act which was passed in 1995. Authorities involved found that the best course of action to achieve their goal of restoring the Elwha was the complete removal of both dams, a process that began in 2011.

Today, the Elwha dam and the Glines Canyon Dam are nowhere to be seen; the Elwha river flows freely, the way Creator intended.