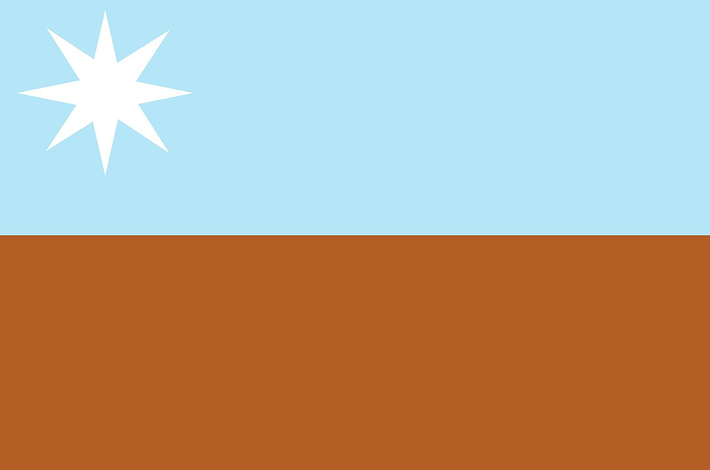 The Republic of Murrawarri and Indigenous Self-Determination

Flag of the Murrawarri Republic
Support our journalism. Become a Patron!

On April 10 of 2013 the Queen of England received a letter sent to her by the Murrawarri Nation of northern New South Wales and Queensland in Australia. This letter was actually a notice for the declaration of independent sovereign statehood of the Murrawarri Nation. The Queen was given 28 days to produce one of three situations accepted in international law as well as British Common Law that recognized the governed taking over or acquiring of new land.

The three situations could have been: 1) A declaration of war and a subsequent victory; 2) The signing of a treaty or agreement; and 3) a lack of occupation of that land by other peoples.

However, the fact is that none of these documents exist, the Murrawarri Nation never signed any treaty with the British Crown, and war was never declared. This, along with the decision by the High Court in the Mabo case which stated that the principal of Terra Nullius–that the land was not under occupation at the time of Captain Cook’s coming to Australia–was complete fiction and no longer defensible, meant the Queen could produce no such evidence.

In fact, the Queen did not even respond, allowing the Murrawarri Nation to de facto claim recognition of their Republic as an independent nation.

The Republic of Murrawarri  is now functioning with a Peoples Council as an interim government. With its first meeting on July 13 the Peoples Council elected chairman Fred Hooper, passed a resolution to establish a Provisional Council of State. A constitution and a bill of rights have already been drafted.

In the declaration, the Murrawarri strongly claim their right to self-determination in both asserting the existence of this right as well as claiming how the Nation will put it to use.

In the Declaration of the Continuance of the State of Murrawarri Nation, it is stated that:

We the Murrawarri Peoples declare our people have maintained a physical, spiritual and cultural connection to our Ancient Lands, Subsurface, Natural Resources, Waters and Airspace and we did not cede our Sovereignty Dominion and Ultimate Title through any process of treaty nor through any act of war declared on the Murrawarri Nation and its peoples by the British Crown, Government or their servants.

The Murrawarri Republic will foster the developmentof the country for the benefit of all its inhabitants; it will be based on spiritual, cultural, freedom, justice and peace as envisaged by our peoples. It will ensure complete equality of social and political rights to all its inhabitants irrespective of religion, race or sex; it will guarantee freedom of culture, religion, conscience, language, and education; it will safeguard our sacred places handed down to us by our creator and our ancestors; and it will be faithful to the principles of the Charter of the United Nations.

The Murrawarri Nation’s act of self-determination has been an inspiring story. Already 27 other Aboriginal groups in Australia have requested Murrawarri’s declarations and constitution to use as templates for their own independence movements. The Republic of Murrawarri is also turning its attention  to establishing a reparations and repatriation process with the Australian government and the Queen of England. This would include negotiations for the transfer of all monies collected plus interest by the government and the Crown for the illegal use of land, natural resources, and water within the Murrawarri Republic’s boundaries from the time of the first illegal land grant.

Indigenous peoples have the right to self-determination. By virtue of that right they freely determine their political status and freely pursue their economic, social and cultural development.