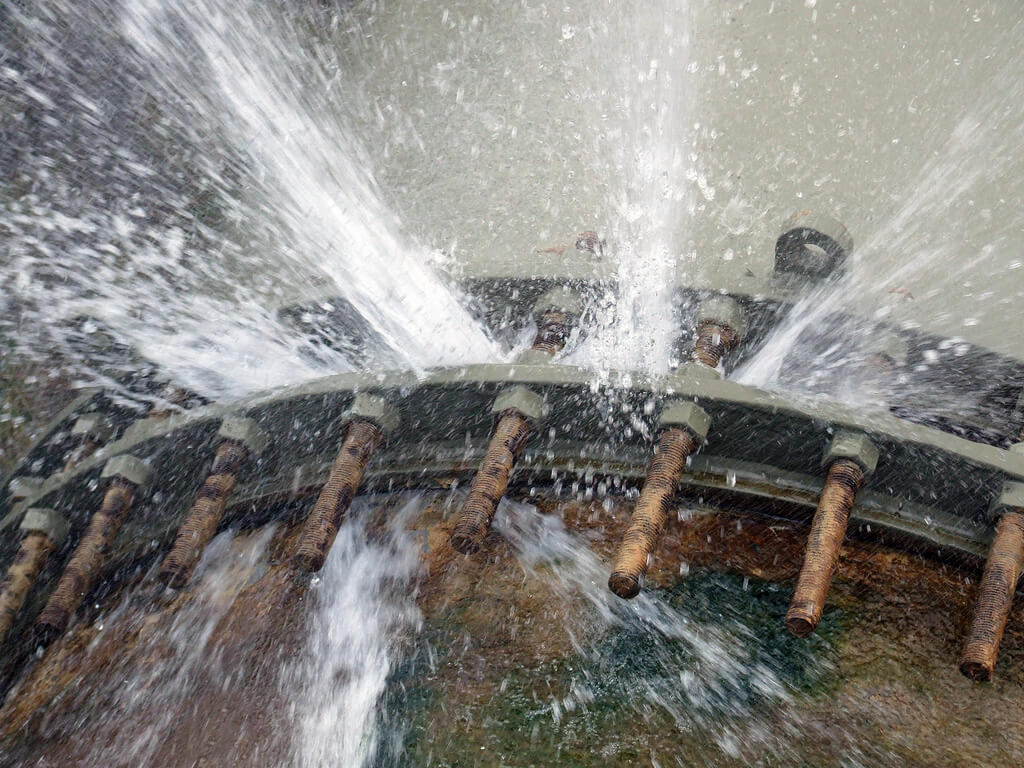 The promise of a pipeline

Photo: nz_willowherb on flickr. Some Rights Reserved
Support our journalism. Become a Patron!

Whether it was a lie, or just a change of plans, we will never know. What is clear is that the Army Corps of Engineer’s celebrated easement denial for the Dakota Access Pipeline on Dec. 4 was reversed within days of the new Republican takeover, and last week, a federal court judge denied an injunction to halt the so-called Black Snake from drilling its way under the Standing Rock Sioux reservation’s only water supply.

But even before that announcement came down, the Obama administration approved the construction of two new pipelines in Texas, the Trans-Pecos and Comanche Trail pipeline. And since then there has been a veritable explosion of pipeline projects – and resistance movements to match, many of them taking their inspiration from Standing Rock.

Millions of Miles of Pipelines

In the U.S alone there are already some 2.6 million miles of active pipelines. These pipelines are typically used to transport crude and refined oil, natural gas, and water. There are approximately 72,000 miles of crude oil lines in the U.S. that connect regional markets. The majority of pipelines originate in or pass through Texas and other parts of the Southwest, where oil and natural gas are most prevalent in the U.S. 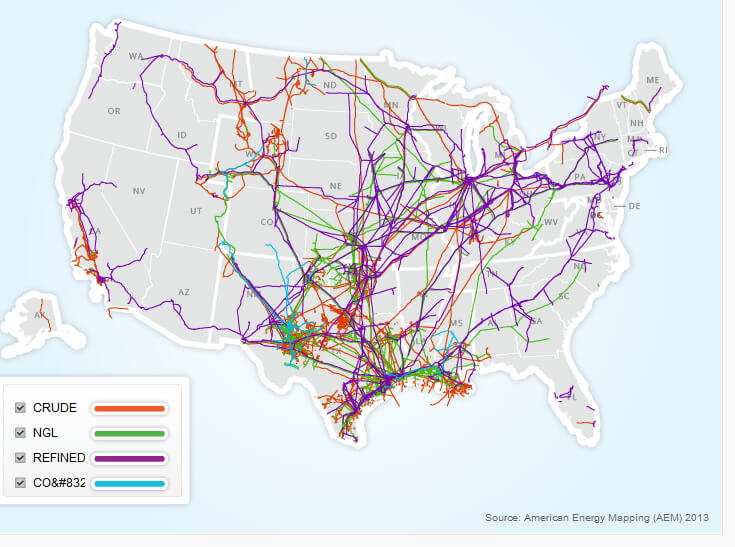 The problem is not the overwhelming number of existing pipelines that enable America’s dangerous over-dependence on oil, or even that more pipelines are being built every day – a 25 percent increase over the past decade[1]. The problem is that, in the words of Anna Lee Rain YellowHammer of the Standing Rock Sioux Tribe, “Oil pipelines break, spill, and leak—it’s not a question of if, it’s a question of where and when.”

Just a day after Donald Trump’s executive orders reviving the Keystone XL and DAPL projects, a pipeline rupture in northern Iowa spilled 138,600 gallons of diesel fuel. More than 7 million gallons of oil were spilled in more than 1,000 pipeline leaks between 2010 and 2015, according to an analysis by High Country News.

“Oil pipelines break, spill, and leak—it’s not a question of if, it’s a question of where and when.”
—Anna Lee Rain YellowHammer, Standing Rock Sioux Tribe 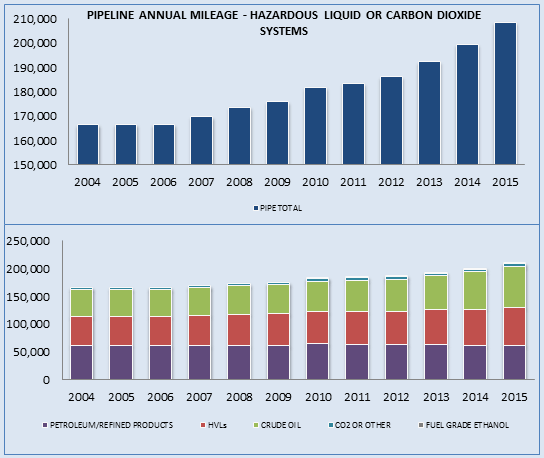 US Department of Transportation Pipeline and Hazardous Materials Safety Administration 2016

Just another example of many: On Sept. 5, 2016, over 5,000 gallons of crude oil were spilled in Bay Long, Louisiana. Bay Long is a part of Barataria Bay, an inlet of the larger Gulf of Mexico. Ironically enough, the spill occurred during restoration efforts to recover from the infamous 2010 BP oil spill. This incident reflects the propensity of leaks in the Gulf Region of Mexico. One of the companies responsible for these spills is Hilcorp, who in July spilled 4,200-gallons of crude from an abandoned flow line Lake Grand Ecaille, a lake near Barataria Bay.

Leaks often occur yet rarely generate media coverage. In case of Bay Long, the leak gained media attention because it was a part of the aftermath of BP oil spill of 2010.

The next month it was Pennsylvania’s turn to have a leak. On Oct. 26 an oil pipeline breached, spilling about 1,300 barrels (55,000 gallons) from the Sunoco Logistics Partners LP pipeline in the town of Gamble Township. The town contains major tributaries of the 444-mile Susquehanna River, the largest river on the American east coast and one that flows as far north as New York to Chesapeake Bay. The oil leaked into Wallis Run, a tributary of the Loyalsock Creek, which runs into the Susquehanna River around 15 miles south of where the pipe rupture occurred. The Susquehanna River ranks as the nation’s third most endangered river, and provides now contaminated water for 6 million people.

This pipeline was contested just like the DAPL. Prior to its completion in 2011 the pipeline construction was contested by local landowners concerned about contamination of local water supplies. During the ensuing legal proceedings a Cumberland County judge ruled against the concerns of local landowners and allowed Sunoco to begin construction. In 2012 the judge cited the pipeline’s potential use for “intrastate commerce” as reason to grant Sunoco eminent domain, allowing them to expropriate private property.

On Nov. 1, it was Alabama’s turn. A mainline of the Colonial Pipeline exploded and burned in Shelby County after accidentally being hit by a trackhoe. Although the explosion did not result in a major leak, worker Anthony Lee Willingham died at the scene, and five others were hospitalized. Residents of several homes were forced to evacuate, relocating just five miles east of another Colonial Pipeline leak.

Only two days into December, we saw a leak not far from Standing Rock. The North Dakota Department of Health reported on Dec. 2 a Denbury Resources pipeline leaked about 84,000 gallons of source water into Skull Creek. Source water is used for enhanced oil recovery and is higher in chloride than fresh water, but does not carry the same environmental implications as produced water. Local wildlife may be affected and the results remain to be seen.

The resistance movement at Standing Rock has been a powerful wakeup call for many who were holding onto the illusion that business-as-usual is still a viable option. The pipeline model in itself offers us a promise: one of massive profits for a few and a permanent threat to the public water supply for the many. A promise of a future linked ever more irrevocably to climate chaos and the inevitable unraveling of the systems that sustain our civilization. To the Sioux and other Indigenous Peoples, it’s just another in a long chain of broken promises, but this time is one time too many. And this time, a world of allies stands with them.

Bolaji Ekhator, from Wakefield, Massachusetts, is a student of political science at Amherst College.