The plight of the Chagossians

“I had two dogs. They were my companions. During low tides they would catch fish and retrieve them to me on the shore. My heart still hurts when I remember the day they took the dogs from us to put in the incinerator. We were afraid and convinced that we could have the same fate if we did not obey.” The testimony of Rita Bancoult, a former inhabitant of the Diego Garcia.

South of the equator in the Indian Ocean lies the Chagos Archipelago, a string of small coral islands surrounded by a turquoise sea teeming with aquatic life. This small cluster of atolls was once home to some 2,000 Chagossians who had lived there for generations. The Chaggossians, also known as the Chagos Islanders, were descendants of Madagascan, Mozambican, and Senegalese slaves brought to the islands in the late 1700s and early 1800s. The most populated island was Diego Garcia and the islanders lived by working the coconut plantations, farming on small plots of land, and fishing for lobster.

Speaking to IC, Bernadette Dugassee, who now lives in exile in the UK but lived on Diego Garcia until she was two-years-old, recalls how both her parents worked shifts at the plantation and every week the whole community would celebrate with a big dance.

But in the late 1960s the early 1970s everything changed for the Chagossians when the British Government forcibly evicted them from the islands.

The Chagos Archipelago had been under the administration of Mauritius. During the Cold War, in 1965, the British bought them for £3 million, declaring them part of the British Indian Ocean Territory (BIOT). In 1966, the UK and the US implemented a joint military strategy and the archipelago was leased to the US for 50 years, until 2016. The purpose was to build a US military base on Diego Garcia. Although no money was ever received by the UK government, documents reveal that the US gave the UK a $14 million discount on the purchase of missiles.

However, there was just one problem with this plan; the islands were already inhabited. So, the UK government expelled the islanders by force.

Ginette Charles, who lives in the UK and was a toddler at the time of evictions, told the Huffington Post earlier this year:

They threw us out from our house. My family didn’t have time to take clothes, only to grab something and run. There was a boat waiting. They burned our house.

Released documents from the 1960s further reveal the appalling treatment of the Chagossians who were considered nothing more than a hindrance to the UK/US military plan.

In 1966, Sir Paul Gore-Booth, the then under-secretary at the Foreign Office wrote: “We must surely be very tough about this. The object of the exercise was to get some rocks that will remain ours. There will be no indigenous population except seagulls.” And Denis Greenhill, a senior Foreign Office official added: “Unfortunately, along with the Birds go some few Tarzans or Men Fridays who origins are obscure and who are hopefully being wished onto Mauritius etc. When this has been done, I agree we must very tough.”

The Chagos people were removed and forced to live in Mauritius and the Seychelles. Speaking about the British Government, Dugassee said: “They treat us like animals… When they expelled us they promised that when we arrive in Seychelles or Mauritius there will be land and a few things to start anew but when we got there, there was nothing. They even said we would have a pension for life but we have nothing.”

Diaspora communities living in the Seychelles and Mauritius have experienced marginalization, discrimination, and grinding poverty. Testimonies from evictees describe families forced to eat out of bins, hunger strikes and the suicide of a desperate woman facing destitution and mounting debt. 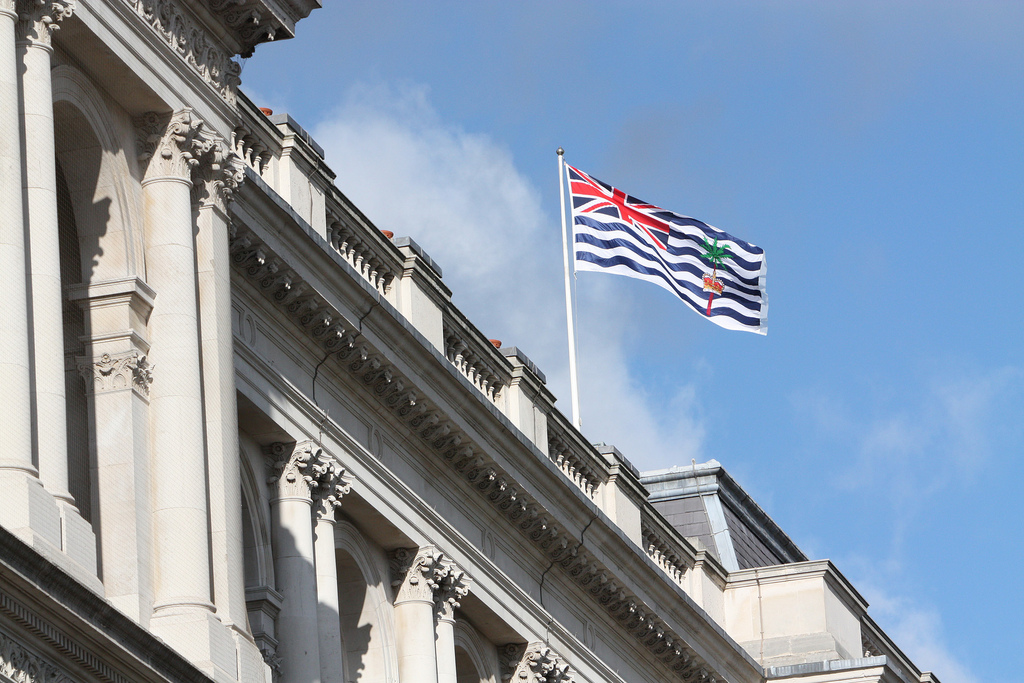 Like several other Chagossians, eight years ago Dugasse moved to the UK. But she told IC that life in England is as hard as it was in the Seychelles. She is unemployed, and although she wants to work she has been unable to find a job. Although Dugasse’s husband works, they have very little money as they have to “save, save, save” in order to pay the costs of her husband’s visa. Bernadette and her four children have all received passports because they are technically British citizens but her husband, who is a Seychellois, has not.

Bernadette came because it was becoming too expensive to fly back and forth in order to attend court cases, against the government, in London.

In 2000, a Chagossian native, Olivier Bancoult brought a claim against the British Secretary of State for Foreign and Commonwealth Affairs’ mandate which ordered the eviction of the Chagos Islanders. Much to the delight of the Chagossians, the court ruled in 2000 that the eviction was unlawful and that an investigation be conducted into the possibility of the islanders return to the archipelago. However, any return to the main island, Diego Garcia, was excluded because of the existing treaty agreement between the UK and US. 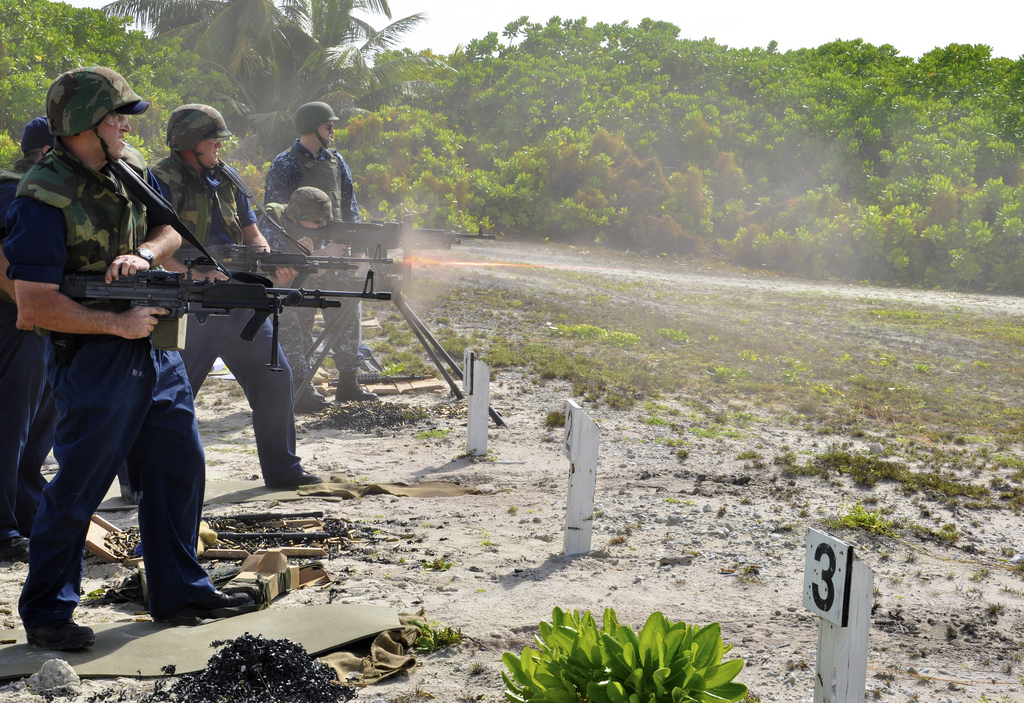 In 2002, a Feasibility Resettlement Study was completed, concluding that resettlement would be difficult and too costly. But, on behalf of the Chagossians, an alternative report was completed by Jonathan Jenness, a social anthropologist who concluded: “It is fatuous to imagine the islands cannot be resettled. They were settled, successfully, for several generations, before the population was forced to decamp. The islanders want to return and have a right to return. The archipelago is in any case already ‘successfully settled’ by the military and the British Indian Ocean Territory administration in Diego Garcia.”

Two years later, in 2004, the British Government passed a law banning anyone entering the Chagos Archipelago but in 2006 the High Court overturned that decision. The government appealed in 2007 but lost, as judges in the Court of Appeal deemed the treatment of the Chagossians “unlawful and an abuse of power”. The government then took its case to the House of Lords where it narrowly won its appeal in 2008 in a 3 to 2 majority.

Undeterred and unrelenting, the Chagossians continued their legal case against the British Government and fresh hope came in the form of a Wikileaks cable. In 2010, the government established a marine protected area (MPA) around the islands. The leaked cable revealed how Colin Roberts, former commissioner for BIOT, told the US that a MPA would be established and that there would cease to be “”human footprints” or “Man Fridays” on the islands. Robert’s language was all too similar to Denis Greenhill’s racist rhetoric in 1966.

The Chagossians used the cable for a high court application to order a judicial review of the government’s decision to create the MPA. They argued that the cable revealed the government’s true motives for creating the MPA; to prevent them from returning home.

In 2012, a top judge ruled that Roberts and should face cross examination in court over the leaked US cables. But another blow to the case came when, in 2013, Lord Justice Richards and Mr Justice Mitting ruled that the cable, a key part of the Chagossians’ claim, could not be heard in court because to do so would be a breach of diplomatic privilege.

Determined to see justice done, the Chagossians turned to the European Court of Human Rights in Strasburg and began proceedings under four articles of the European Convention of Human Rights. But their hopes were again dashed when, in December 2012, seven ECHR judges ruled against them. The court stated that the case was inadmissible because the British Indian Ocean Territory was outside the jurisdiction of the convention, and because compensation had already been paid.

In 1982, a Chagossian, Michel Ventacassan won a civil case against the British Government and compensation was subsequently paid out to islanders who had resettled in Mauritius. But the 1982 payment led the ECHR to rule that although the treatment of the islanders was “callous and shameful,” the situation had already been remedied. 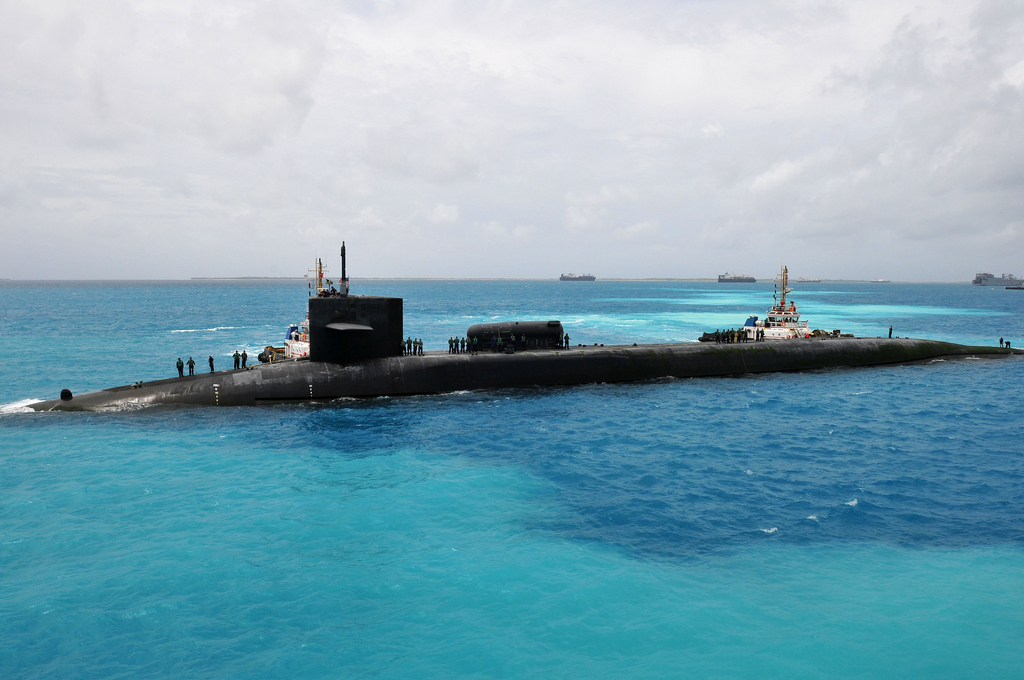 Chagossians who resettled in Seychelles have never been compensated, including Dugasse, who says she has “not received a penny” from the British Government. The ECHR argued that those who had not claimed compensation should have done so in the British courts. But, when a group of 4,500 islanders tried to claim compensation from the government in 2002, the case was struck out in 2003 on the grounds that the case was “unmeritorious”.

Speaking to IC about the ECHR’s ruling, she said: My expectation was very high, I feel so depressed, so sad. It was not the answer I was hoping for… As a Chagossian born of the island I never renounced my right [to return] and I never receive any compensation.”

In 2011, Bernadette visited Diego Garcia for the first and only time in 52 years. Describing the experience of seeing her homeland she said: “When I wake up in the morning I can feel the fresh air, I can feel the warm sunshine on me, I can feel free. I am not free here, I was not free in Seychelles but I am free on Diego Garcia.”

Bernadette’s visit was brief but the islanders’ struggle for justice has continued. After the disappointing result in the ECHR, the British Government, who has always argued that resettlement would cost the taxpayer and compromise the environment of the BIOT, has agreed to conduct a feasibility study.

During the summer, initial consultations were carried out with the Chagossian community members in the UK, Mauritius and the Seychelles and Foreign Office Minister Mark Simmonds noted that a majority wished to be resettled on the islands. The draft Terms of Reference (TOR) for the Feasibility Study into the resettlement of the British Indian Ocean Territory (BIOT) was also published in November. The Terms of Reference state that the study will consider the economic, environmental, social, technological, legal and political factors of resettlement.

But, for the Chagossians the waiting continues and Bernadette said she just hopes she can return to island before she dies. “If the British Government, the American government, and even the Queen have a heart, they should do like Nelson Mandela, set us free and let us go home,” she said.