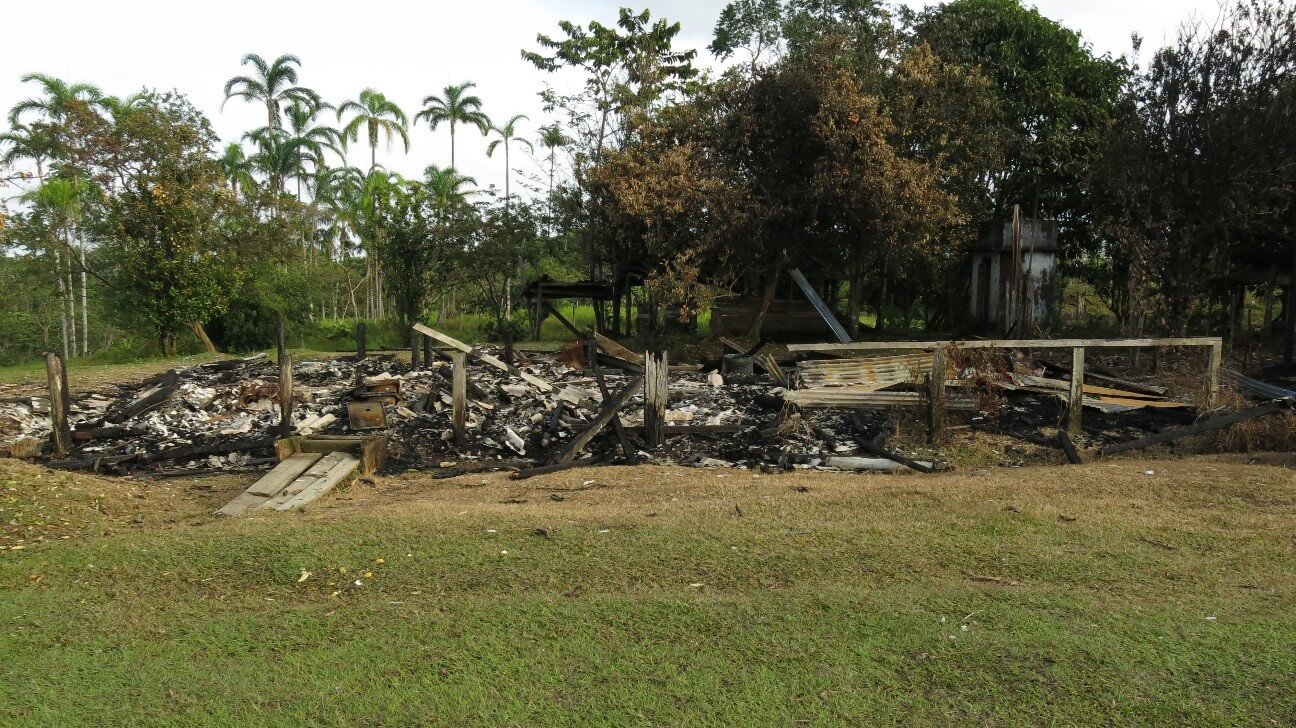 The Nasa community of Bellavista under attack

Suspicion surrounds a recent attack in Colombia, with a Canadian multinational at the center
Damage after attack in Bellavista (Photo by Bram Ebus)
Support our journalism. Become a Patron!

Ever since the oil industry’s arrival in the Colombian Amazon, multinationals have been causing problems for the Indigenous Nasa Peoples, negatively impacting their lands, their communities, and their traditional ways of living. A recent example of this can be found in the southern department of Putumayo, where some 1,300 of the 186,000-strong Indigenous Nasa population live.

Earlier this month, a group of men, hooded and armed, attacked the Indigenous community of Bellavista in Putumayo, where the Canadian multinational Gran Tierra has been showing a keen interest in the local oil reserves.

The troubling act of violence was displayed on May 7th at 8:55pm, when approximately 15 hooded men arrived with a taxi and various motorbikes. The men, armed with long-range weapons, opened fire on the Nasa’s communal building, subsequently burning it down to the ground. A grenade was also thrown between parked cars where it exploded. In addition to the house, two cars and three motorbikes were burned. 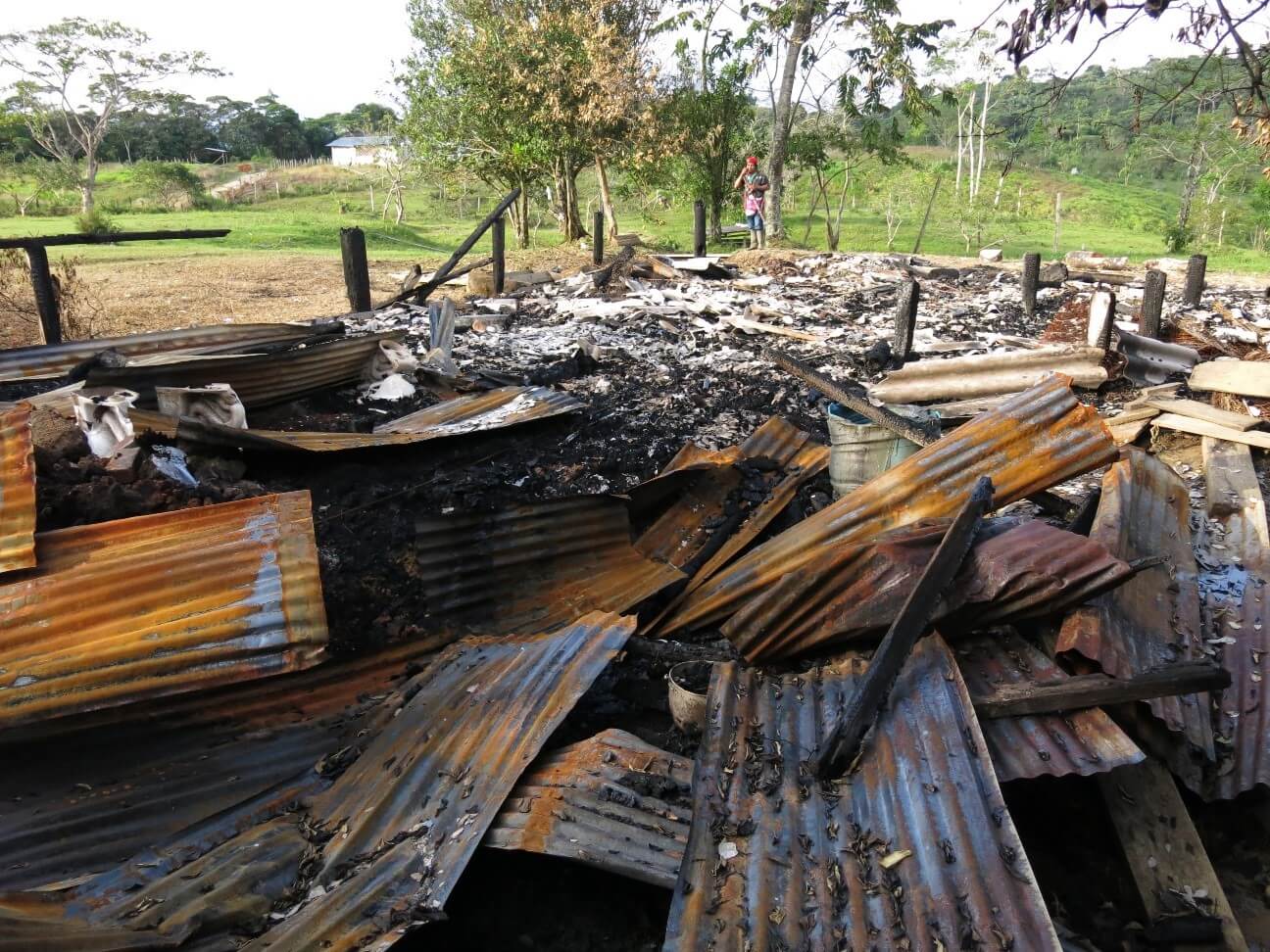 Damage after attack in Bellavista (Photo by Bram Ebus) 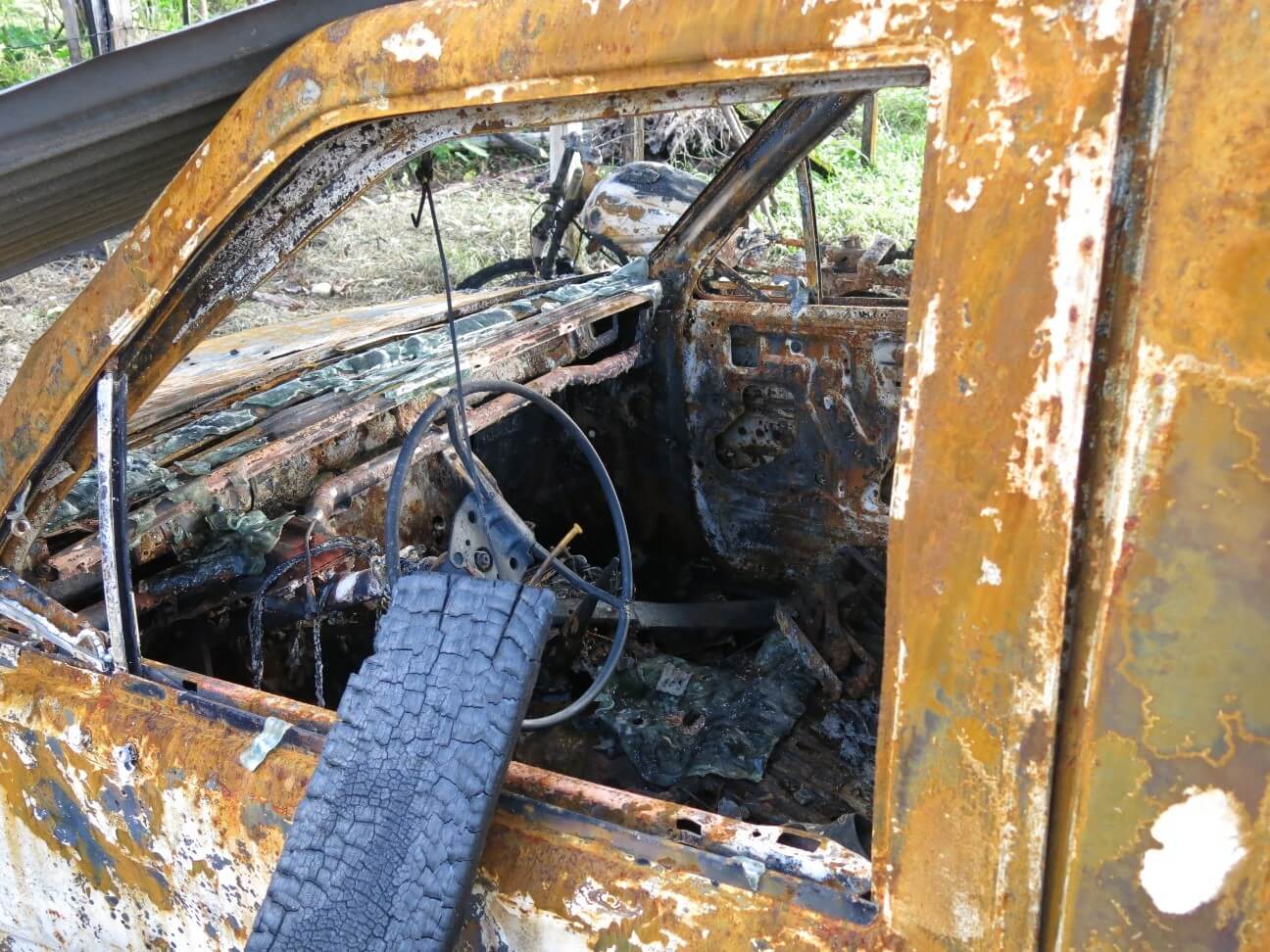 Damage after attack in Bellavista (Photo by Bram Ebus)

The five families who are living in the village, fled into the surrounding woods when the armed men took shots at the villages’ buildings, where the families had been present. Gílberto Muchicón, coordinator of the Indigenous Guard, spoke about the intense situation: “The kids and the people started running in all directions when shots were fired at our houses. The people woke up in the mountains where they were hiding out the next morning”.

Even more worrisome, Colombia’s armed forces were informed during the attack and never showed up. Five days after the attack, the community still hadn’t been visited by the military. They were, however, visited by representatives of the United Nations, the NGO Accíon Contra el Hambre (Action Against Hunger) and an official of the Personería (an office of the Public Prosecutor). But even so, the absence of the army was very strange, given their large presence in the region, not to mention Gran Tierra’s own military battalion that serves to protect other projects nearby.

Even though there is no official knowledge about who was behind the attack, there are suspicions. According to Gíberto Muchicón, on April 6th, a pamphlet was circulated in the region by a group called, “La Mano Invisible – Comandos Urbanos” (The Invisible Hand – Urban Commandos). The pamphlet basically threatened all opposition by farmer groups, indigenous leaders and social organizations against the plans of the country’s current president, Juan Manuel Santos.

At the end of 2014, the indigenous community resisted Gran Tierra’s seismic testing activities in the region, because of the potential risk to water and high level of biodiversity in the region. As a result of their opposition, the local environmental authority, CorpoAmazonía, suspended the company’s seismic activities for 180 days.

According to José Antonia Jajoy, a board member of CorpoAmazonia, the suspension was based on irregular activities that took place on unconsulted territory. At the same time that Gran Tierra was consulting communities in the lower portion of the project zone, it began to perforate the land in the higher portion, close to the community of Bellavista which opposes the project and its potential future impacts.

Gran Tierra’s interest in the region has indeed caused a great deal of suspicion that the company either directly or indirectly caused the violence that took place on Wednesday, May 7th. That suspicion is compounded by the fact that the Canadian company has been mentioned before in relation to human rights violations in Putumayo.

Bellavista Community leaders also point to Gran Tierra conducting false consultations with indigenous persons outside of the community as part of a larger ‘divide and conquer’ strategy. José Antonio Jajoy confirms the troubled consultation process, explaining, “Those consultations which they organize in the region, are consultations under pressure. They manipulate, reach out to communities who do not have a lot of capacity and therefore end up [forming] derisory contracts. The consultations simply fail to comply with legal requirements.”

In recent years, several marches have been organized against Gran Tierra, resulting in the opponents (mainly Indigenous Peoples and unions) facing state criminalization. Furthermore, since the arrival of Gran Tierra, they find themselves increasingly targeted by (para-)military groups like La Mano Invisible – Comandos Urbanos. In the years prior to Gran Tierra’s arrival, the Nasa community of Bellavista had no problems with this or any other guerrilla group. Nor are there any current local conflicts besides the situation with Gran Tierra.

Whether or not the suspicions are true, there is genuine fear that the May 7th attack will not be the last violent act in the region. José Antonio Jajoy comments, “The people are really worried. The company will keep insisting on the project, threats will return.”