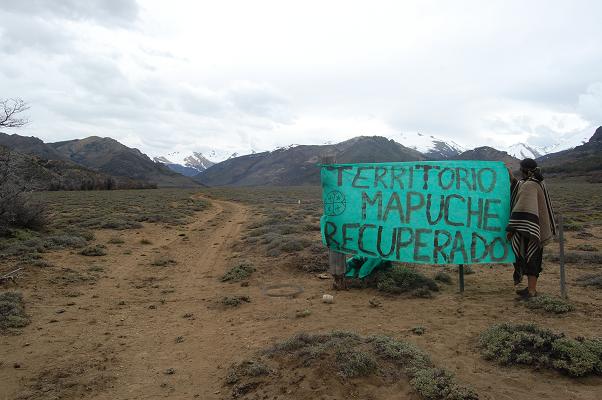 A Mapuche community organization in the Patagonia region of Argentina, has rejected a decision by the government to grant the state-owned company YPF-Pluspetrol rights to the Nirihuau hydrocarbon basin.

The community, which gathers under the name Inkaial Wal Mapu Mew (We must defend the territory) “…issued a communique to reject the measure because it undermines their rights and goes against their ‘ancestral thinking and worldview,'” explains Real World Radio.

Inkaial Wal Mapu Mew further states that they do not want to see history repeat itself in the Nirihuau. “Our people ha[ve] already suffered in other communities the deplorable consequences of oil. All they left was destruction and death”, reads the communique.

It is a particularly grave concern because the affected area, located in the province of Rio Negro, is home to the headwaters of the Leufu and Chubut river systems which feeds Patagonia. It also contains the Norpatagonica Biosphere Reserve, which, according to UNESCO, “is of high importance for the protection of mountain ecosystems, temperate forests, pastures, and the sub Andean steppe. The area is… recognized by the World Resources Institute and WWF as a Global 200 Site [one of the most biologically distinct ecoregions on the planet].”

For the months now the community has been working alongside the region’s inhabitants, environmental groups and other indigenous communities to denounce the oil company as well as some local politicians. They say that these kinds of situations prove that there’s an alliance between transnational companies and the State… something that can only be stopped with popular resistance.

“An example of this resistance is Inkaial Wal Mapu Mew” says Real World Radio, pointing to a reclamation that the community just organized.

On October 11, 2008, the community entered a part of the Nahuel Huapi national park in the Nirihuau, and declared it to be “…once again what it always should have been: Free Mapuche territory.”

“As of today 11 of October of 2008, the Lof Mapuche ‘Inkaial Wal Mapu Meu’ (We must defend the territory) have decided to return and to reclaim Our Ancestral Territory Usurped by winka, Landowners, Multinationals, and the State and its institutions, among them National Parks. Now we the Mapuche are not without the Territory and the Territory and its Newen (Forces) are not without us,” they stated.

Looking across the ancestral lands of the Mapuche today, it would seem that the entire Nation has mobilized for this purpose: to reclaim their lands, to revitalize their culture, to restore the environment, and to return to their own way of life…

It is the true meaning of resistance for Indigenous people everywhere.