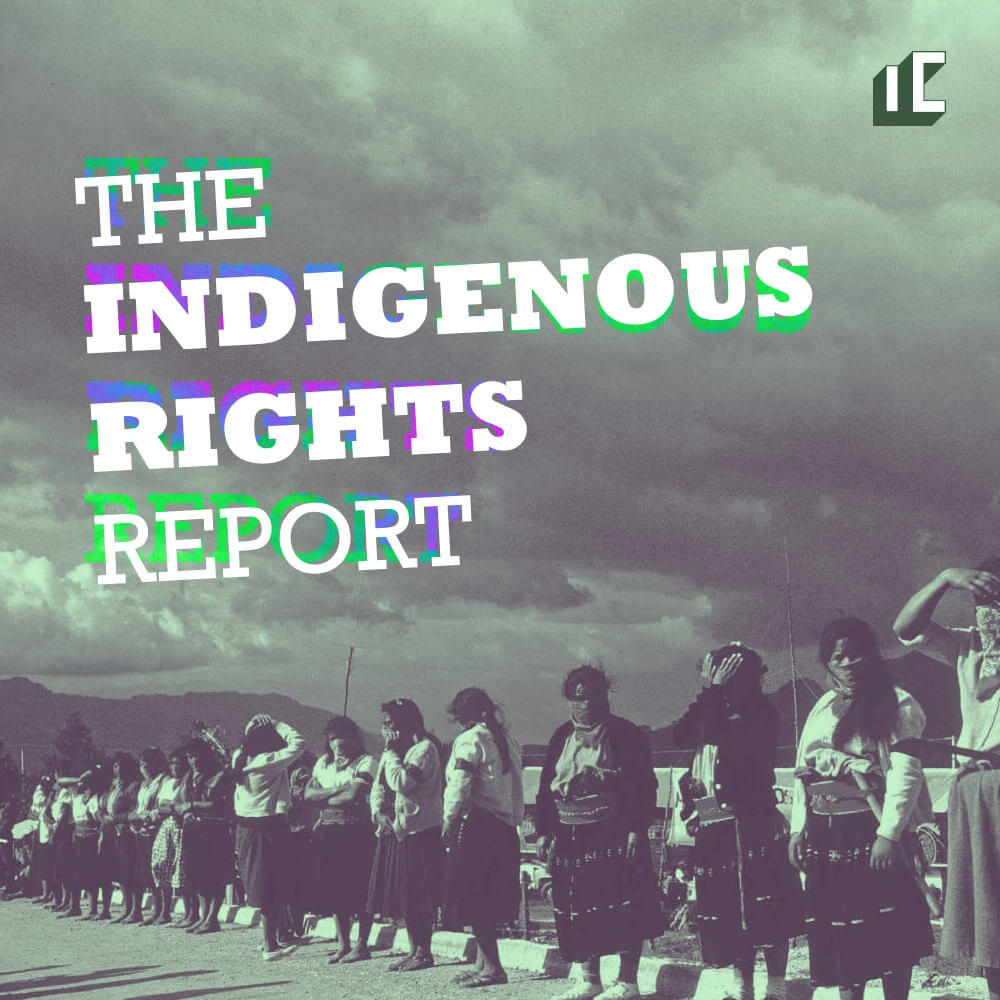 The Indigenous Rights Report is a weekly crash course on everything in the indigenous world.

Make this podcast happen! Support us on Patreon! 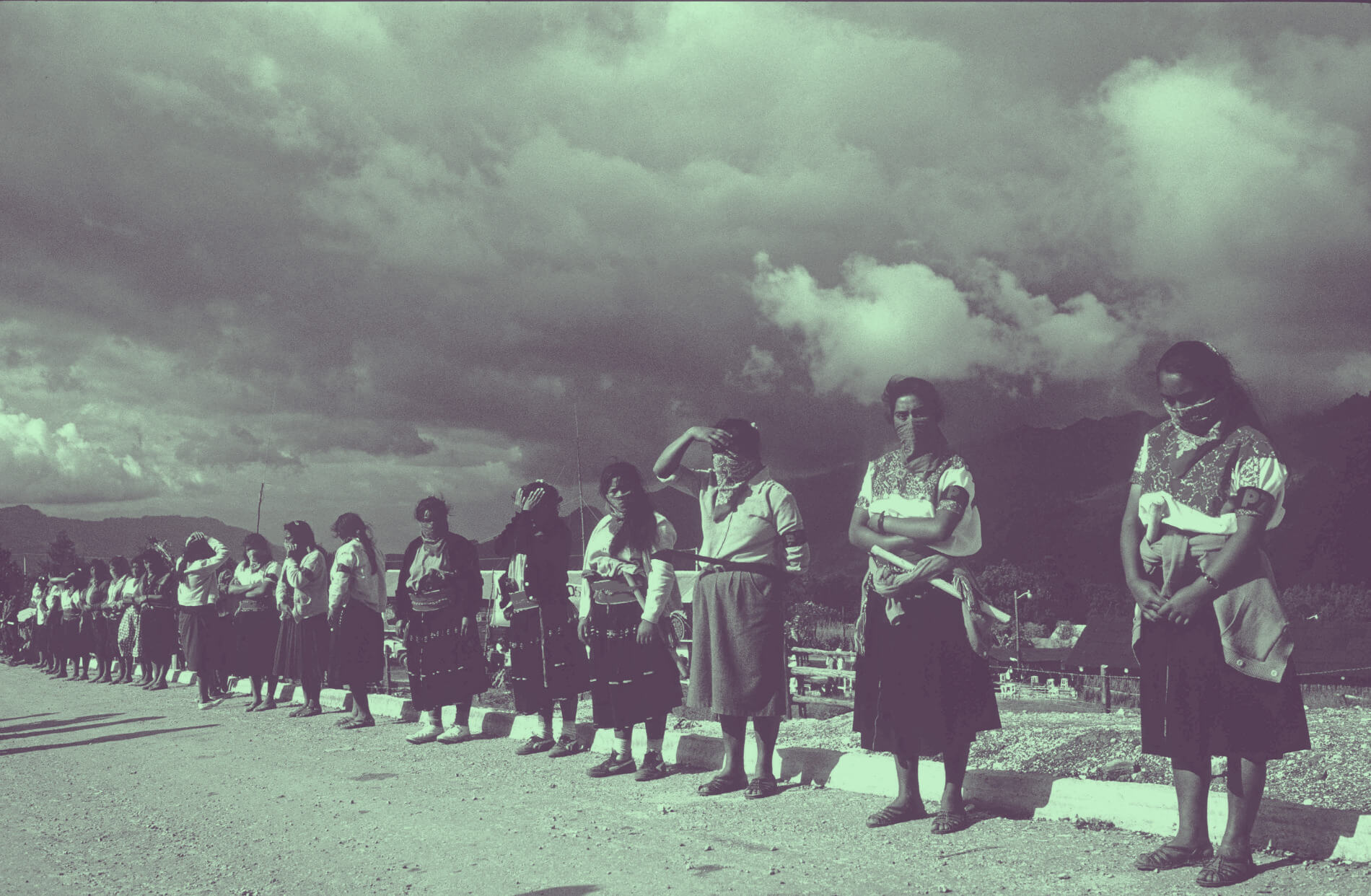 In this week’s Indigenous Rights Report:

Alaska tribes called out for solidarity to stop the world’s largest gold mine. After more than a decade of opposition by Alaska Native elders and youth, plans for the proposed Pebble Mine are now being rushed forward by the Trump administration. The plan to excavate ore amid the headwaters of the streams in Alaska’s Bristol Bay region threatens the wild salmon on which over thirty Native village communities depend.

On June 19, 2019, Verner Wilson III, a member of the Curyung Tribe who now works for Friends of the Earth, was in Washington, D.C. lobbying members of the U.S. House of Representatives to support amendment 90 to the omnibus spending package H.R. 2740. If signed into law, the amendment would block the U.S. Army Corps of Engineers from using any of its 2020 budget to continue the Draft Environmental Impact Statement for the proposed Pebble Mine. The final public comment period for the proposed U.S. Army Corps of Engineers (USACE) permit ends on Monday, July 1st, 2019.

In a surprise announcement, the Chile-based oil company GeoPark said that it is withdrawing its request for an environmental permit to drill for oil in a concession area known as Block 64, located in northern Peru.

The announcement came one day before community leaders from the Achuar and Wampis were scheduled to meet with environmental authorities in Lima to discuss their concerns related to the company’s project, including a pipeline that would stretch through Achuar territory leading to a military base located inside Wampis territory. Geopark’s proposed oil platform would affect the Huasaga, Manchari, and Huitoyacu Rivers on which many indigenous communities depend for fishing and the daily use of water.

A Supreme Court judge in Brazil has suspended President Jair Bolsonaro’s plan to transfer power over indigenous land to the country’s Ministry of Agriculture. This means that, for the time being, responsibility for the demarcation of indigenous territory will remain with the National Indigenous Affairs Agency (FUNAI).

The Indigenous Missionary Council said that the provisional measure was a “flagrant” violation of Brazil’s Constitution, which defends the rights of indigenous people over their ancestral land. About 13 percent of Brazil’s national territory (of which 98 percent is located in the Amazon) is demarcated as indigenous land – defined as an area inhabited and exclusively owned by indigenous people.

The Nepali government formally withdrew the controversial Guthi Bill from the Federal Parliament, after complaints that the proposed legislation was aimed at nationalizing properties of guthis. This also follows  mass protests in Kathmandu valley with demonstrators saying the bill favoured the land mafia and undermined efforts made by guthis to preserve culture and tradition.

Guthis are trusts, many of which own large plots of donated land leased or used by farmers of a community to raise crops. The revenue generated from the use of land is spent on conducting religious ceremonies, renovating temples and heritage sites, and preserving culture and tradition.

The Quechua del Pastaza peoples in Peru held community assemblies which concluded that various rights established in the United Nations Declaration on the Rights of Indigenous Peoples (UNDRIP) are not being implemented by the Peruvian State. The Quechua del Pastaza Indigenous Federation (FEDEQUEP) represents 19 communities in the Loreto Region. It is a counterpart of the Public Policy and Human Rights Center of Peru Equidad in the implementation of the Indigenous Navigator.

For four decades, the Quechua del Pastaza people have been affected by oil extraction activities carried out in their territory (especially the environmental and health impacts in Lot 192). On May 4 of 2019, the Quechua, Achuar and Kichwa peoples signed agreements on a plan for a new consultation process that will allow for social and environmental safeguards in the new contract of the Lot 192 for the next 30 years. These agreements constitute an unprecedented advance in the consultation processes in Peru.

Outstanding international and national personalities expressed their concern about the “growing military activity” in the territories of the Zapatista communities, in what they say appears to be “ a strategy of war”. The so-called “Charter against militarization and in solidarity with the Zapatista Communities and the Indigenous Peoples of Mexico” was signed by 65 foreign personalities and intellectuals (such as, linguist Noam Chomsky, sociologists Boaventura de Sousa and Michael Löwy; and by 92 Mexicans, such as Magdalena Gómez, Gilberto López and Rivas and Juan Villoro). They expressed the risk of “an increasing process of hostility towards authentic, historical and legitimate resistance” that opposes projects such as the Mayan Train, the Transístmico Corridor and the Integral Morelos Plan. Since the end of 2018, the raids and patrols of the Mexican Army multiplied in communities with a Zapatista presence. In a historical recount, at least 117 members of the National Indigenous Congress (CNI) of the whole country have been assassinated since its foundation in 1996, and another 11 are missing.

Based on a collaboration between Slow Food and IFAD, a new indigenous Presidium was launched to save the Red Maasai sheep. Also known as Tanganyika, the Red Maasai is a native sheep that is traditionally reared by the Maasai community in East Africa (in southern Kenya, northern Tanzania and some parts of Uganda). But since the 1970s, Kenyan agricultural policy has promoted crosses between the Red Maasai and Dorper and other imported sheep breeds, making it increasingly hard to find purebred Red Maasai sheep. Saving this breed is essential for the preservation of a genetic resource and a resilient animal able to survive disease and a rapidly changing climate.

Among the objectives of the Presidium is to strengthen the Maasai community through training, technical assistance, experience exchanges and the creation of marketing channels, with a particular focus on including women and youth. The Maasai community will also be involved in the national and international activities of the Terra Madre Indigenous Network, a platform for sharing and exchanging experiences that helps indigenous peoples work together and find solutions to common problems (e.g., land grabbing, climate change impacts on the food security among pastoral and indigenous communities, rural–urban migration among the youth).

Karamojong pastoralist communities in Uganda issued a statement against the government’s plan to ‘abolish nomadic pastoralism and embrace agriculture and paddocks.’ Even if the intention is to transform Karamojong to self-sustainability, the move to abolish pastoralism violates the rights of pastoralists. Until recently, government policies, in general, have been in favour of pastoralism, with key laws that still guarantee certain rights of pastoralists. Provisions related to land rights, property rights, mobile production and rangelands are enshrined in the Ugandan Constitution and visible in the land policy, mining and conservation laws.

The Canadian federal government reapproved the expansion of the Trans Mountain Pipeline, an expansion that, if it goes ahead, will undermine the government’s ability to meet its ongoing efforts to implement the Pan-Canadian Framework on Climate Change and Clean Growth, as well as Canada’s international commitments in the Paris Agreement.

Also, Bill C-262, which would have been a vehicle to harmonize Canadian law with the UN Declaration and it would have helped to create a nation-to-nation framework for decision-making on issues like the Trans Mountain Pipeline, failed to be approved in Senate.

Young people’s absence throughout indigenous communities in Taiwan is among the most crucial issues. As a result of suppression and generations of systematic discrimination, young people have been moving out to cities for job opportunities and education resources, bringing them further away from their roots.

Some community members have been looking for ways to make the younger generations stay. For instance, Sra is leading a project to reconstruct a more complete history of the incident that includes Cikasuans’ experience escaping their original community and Fuday who, in his documentary, The Feather Headdress of Ceroh, documents Ceroh culture and shows the future generations what the community is like so that they can follow their predecessors. Projects like these allow young indigenous people to connect with their own communities and their history, and to become more aware of their identity.

New Zealand’s government watchdog is investigating the practice of taking newborn babies from their mothers known as “uplifting”. Judges last year ordered a total of 281 babies to be taken into care. 71% of the “uplifted” children were of Maori or Pacific Island heritage, raising the concern that Maori and Pacific Island babies are disproportionately affected due to institutional racism. According to New Zealand’s most recent census in 2013, 14.9% of the population of 4.2 million people identified as Maori, while 7.4% identified as of Pacific Island heritage.

Spain may have has refused Mexico’s request for an apology for the conquest, but that didn’t stop Catalonia from doing so. This month, the government of the autonomous Spanish region offered an apology to the Indigenous peoples of Mexico for the killings and other offenses committed by Spaniards during the 16th-century conquest of the territory now known as Mexico.

INPI international relations director Saúl Vicente Vázquez said he was honored to receive the apology from the Spanish autonomous community. He also said the Indigenous peoples of Mexico supported Catalonia’s efforts to win independence from Spain. “People have every right to maintain their identity, their culture … and in this conversation today we’ve found that in current times it is highly important to reflect on these issues, the reality of the people of Catalonia, to whom we send a fraternal greeting,” Vázquez said.

This is the Indigenous Rights Report.