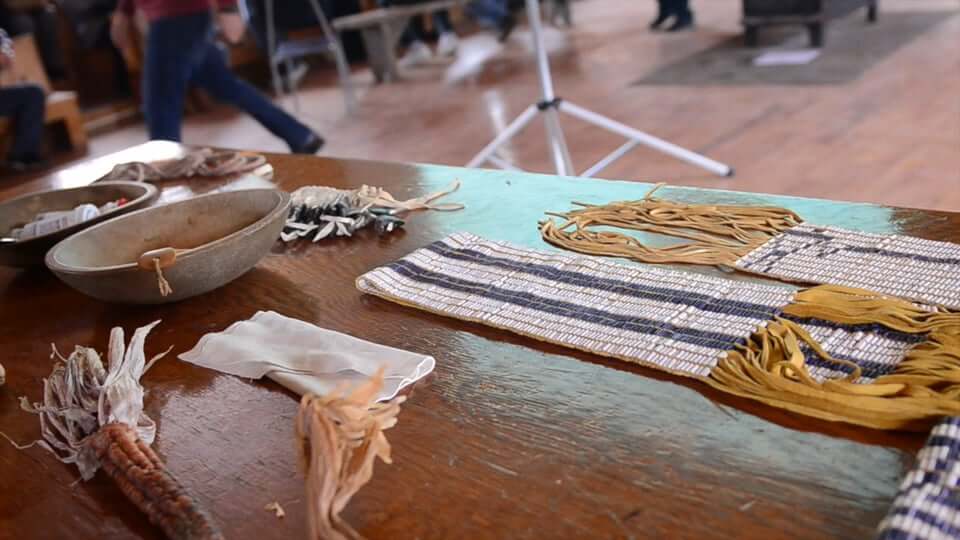 The Grandfather of All Treaties

New film to look at the most important treaty in history
Support our journalism. Become a Patron!

The Grandfather of All Treaties or the Two Row Wampum–otherwise known as the Kaswentha–is considered the most important diplomatic instrument in First Nation’s history.

Formed in 1613, Kaswentha bound together Dutch colonists and the original five Nations of the Haudenosaunee Confederacy in a mutual commitment to live side by side as sovereign nations, in peace and friendship, for “as long as the grass is green, as long as the rivers flow downhill and as long as the sun rises in the east and sets in the west”. The Kaswentha was later renewed with the French, British and American governments under the framework of the Silver Covenant Chain agreements.

A treaty like no other, the Kaswentha is symbolized by two parallel rows of Purple Wampum between three rows of white beads. The rows of Purple beads represent the entirety of the peoples in the agreement, something that is often extended to represent all Onkwheonwhe (Indigenous) and non-Onkwheonwhe peoples, past, present and future. Three rows of white beads represent Peace, Friendship and Respect between the two nations, an understanding that keeps them separate while binding them together as neighbors.

Another way to look at it: The white Beads represent the “River of Life” and the Purple beads two distinct canoes that travel side by side, supporting one another but never threatening or infringing upon the other.

This documentary examines these central tenets and the Indigenous mobilization that is happening across North America as a response to the failure to honour this 400-year-old agreement and the power of the people to affect real change in the world.

A film by Candace Maracle.