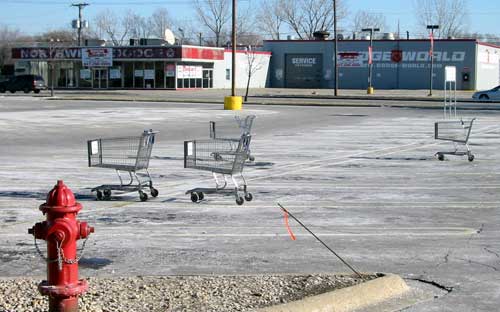 The Future of Food

The Future of Food is a documentary film that delves deep into the globalized food industry, particularly focusing on gmos, or the so-called gene revolution.

Synopsis from Wikipedia – The film decries the cost of a globalised food industry on human lives around the world, and highlights how international companies are gradually driving farmers off the land in many countries. Potential global dependence of the human race on a limited number of global food corporations is discussed, as is the increased risk of ecological disasters (such as the Irish Potato Famine (1845–1849)) resulting from the reduction of biological diversity due to the promotion of corporate sponsored monoculture farming.

The issue of incorporating a suicide gene into plant seeds is [also] questioned, with concern being expressed about the potential for a widespread catastrophe affecting the food supply, should such a gene contaminate other plants in the wild. Legal stories reported by the film related how a number of farmers in North America have been sued by Monsanto; and the defendant of the Monsanto Canada Inc. v. Schmeiser case is interviewed.