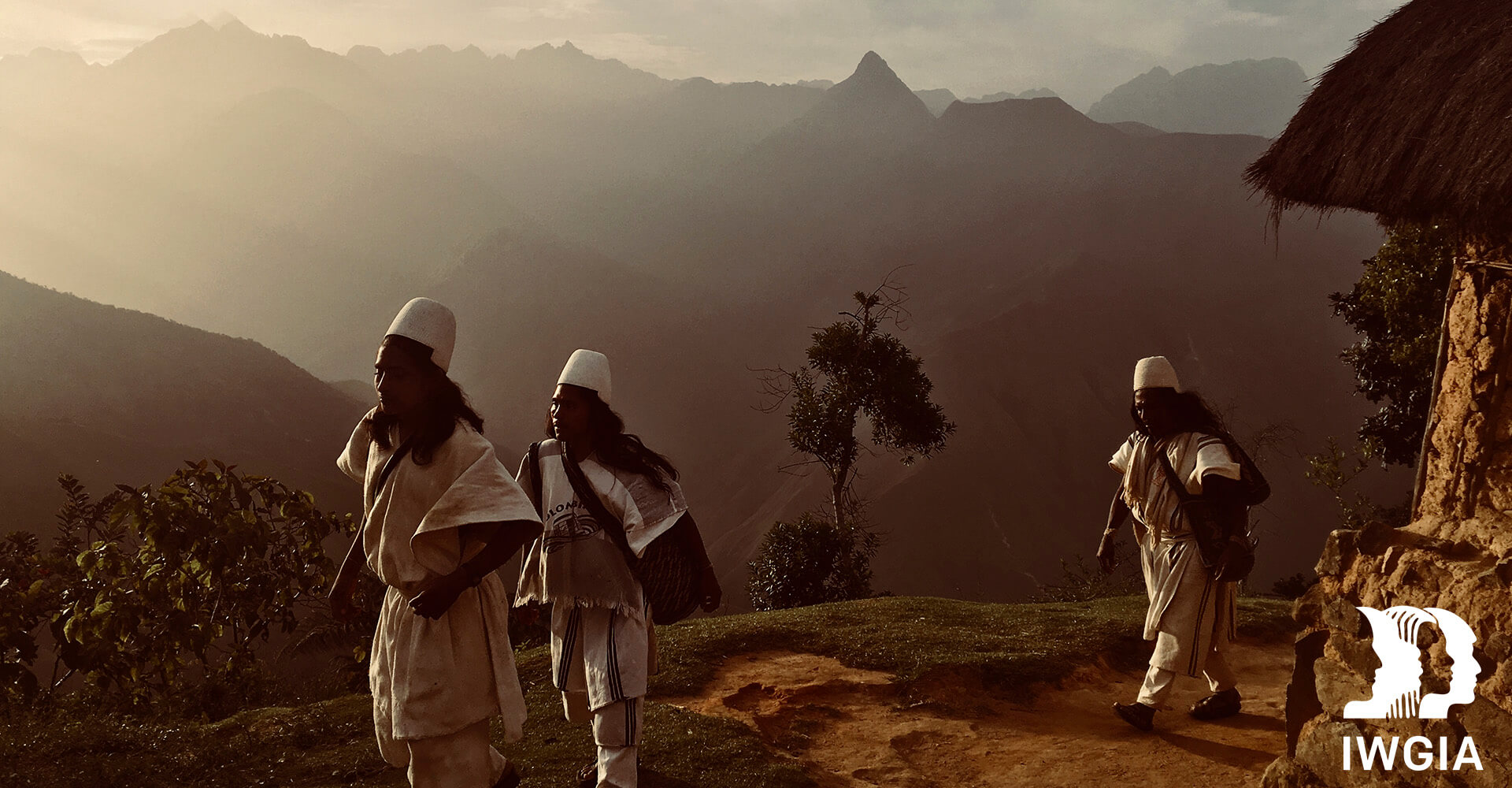 The Arhuacos’ last stand in the heights of the Sierra Nevada

High up in the beautiful mountains of the Sierra Nevada de Santa Marta in northern Colombia, stand the last remaining settlements of the Arhuaco Peoples. When the Spanish conquerors arrived, the Arhuaco chose to live in this remote and difficult to access location in the hopes of being able to live undisturbed and in accordance with their cultural beliefs.

Now their way of life faces another threat, because the mountains of the Sierra Nevada–an ecosystem that is fragile to climate change–are also home to a rich bounty of minerals.

“We don’t understand how people cannot see the damage they are doing to nature, and this won’t only affect us. The lack of life will also affect them, the non-indigenous peoples”, says the Council Leader Jose María Arroyo from the Arhuaco community.

To support their struggle and raise the awareness of the issues facing the Arhuaco peoples, IWGIA has helped produce this eye-opening documentary that you can watch here:

Together with three other Indigenous Peoples (Kogui, Wiwa and Kankwamo), the Arhuaco’s territory covers the entirety of the Sierra Nevada de Santa Marta mountain range and highlands, an area that covers three different climatic zones. A part of the mountain range is a UNESCO biosphere reserve, while its 32 mountain rivers make a vital contribution to Colombia’s economy.

When the Spanish conquerors arrived, most of the Indigenous Peoples fled from the low-land to seek refuge in the upper parts of their territory, where they continued their lifestyle and their traditions to this day.

Highly spiritual, the Arhuaco’s understanding of the world is based upon the idea that the Sierra Nevada is the heart of the world, surrounded by an invisible “black-line” (línea negra) that encompasses the sacred sites of their ancestors and demarcates their territory. Furthermore, the Arhuaco consider themselves as the “older brothers” (hermanos mayores) of the world and hold a special responsibility for keeping the world in balance.

“For us, the Arhuaco, our territory is the basis of our knowledge and it forms the setting in which our culture is able to develop”, says Rubiel Zalabata from the Arhuaco community.

Today, more than 50,000 Indigenous Peoples live in 52 settlements. They have formed their own government and received status as an indigenous reserve in 1974 and as a protected area in 1984. This was partly due to a strong organizational process started by the Ahuarco based on ethnic demands and recognition from the State. 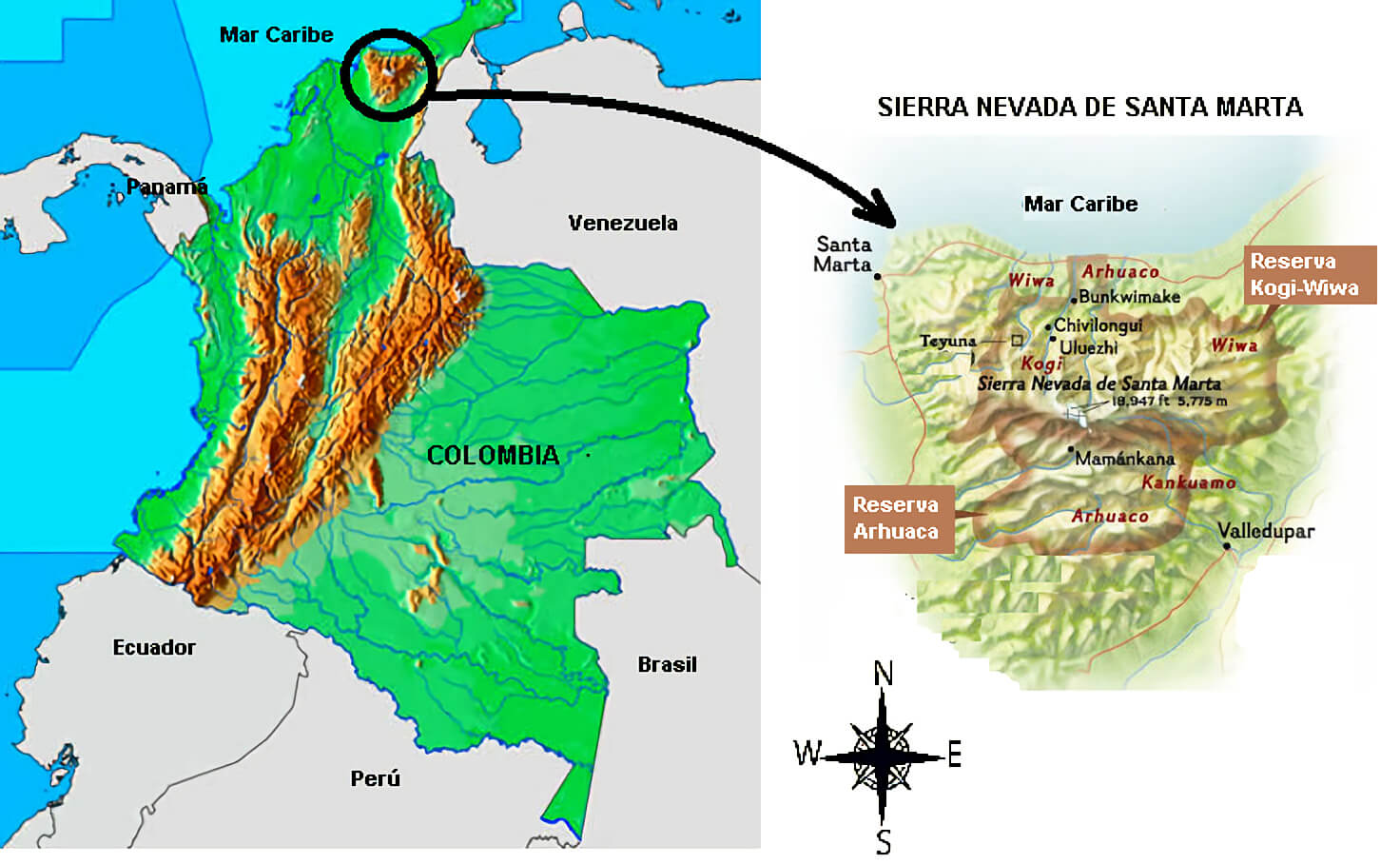 However, the protected area only covers half of their initial territory which is estimated to be approximately 600,000 hectares–nearly the size of Puerto Rico. The Arhuaco have since tried to control their recognized territory and claim the rest; however, new obstacles have continued to arise.

Mining companies have for several decades pushed for license to operate in the area, because it is so rich in precious minerals. Some have already succeeded in getting access by the government: Currently, 261 mining concessions have been granted and 244 concessions are pending the government’s final decision.

Unfortunately, the Arhuaco have not been included in these decisions and processes. In response to this exclusion, in 2017, the Arhuaco led a massive protest against the mining projects and their destructive impact on their territories.

“The Sierra holds mineral wealth that dates back to the creation of the world, and these natural treasures, (…) now form a threat to us because environmental permits are being granted for mineral and hydrocarbon exploitation”, explains Leonor Zalabata, Commissioner for Human Rights of Indigenous Peoples in Colombia.

With global climate change already impacting their lives in the high altitudes–where the wind and rain patterns have changed, affecting their harvest from small-scale crops that are their main source of income–the situation could get considerably worse for the Arhuaco. 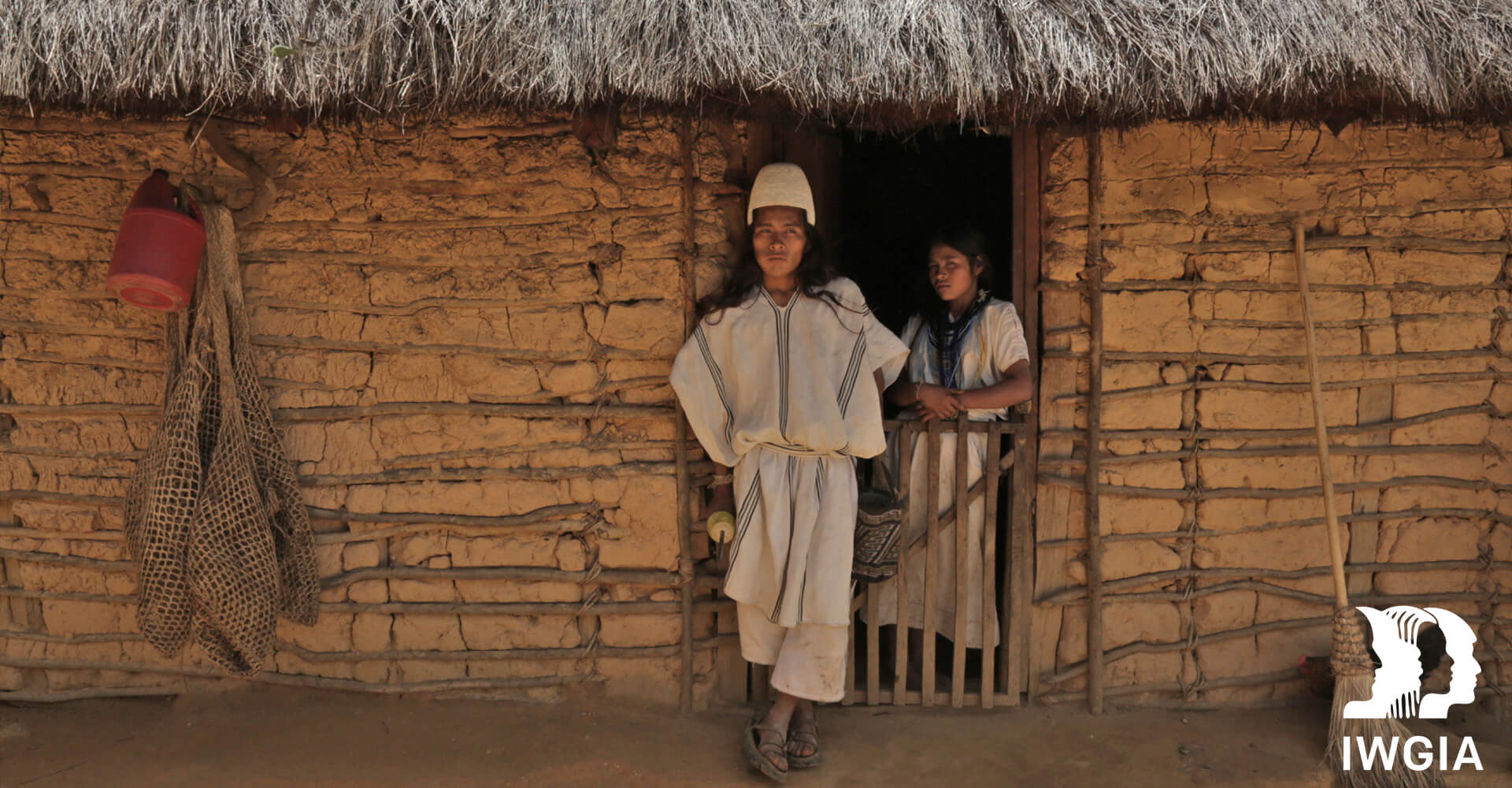 The Arhuaco peoples want a development that guarantees life

Arhuaco’s protests are often rejected based on arguments that the Arhuaco are against all forms of development. However, this argument does not give the Arhuaco full credit for their vision.

“Our peoples have stated that we are in no way against a vision of development, against a vision of well-being (..). We have said that we must reach co-existence agreements, in which we can discuss our survival as peoples. So that indigenous and non-indigenous alike can survive in the future,” explains Arukin Torres from the Arhuaco community.

According to the Ahuarco, the key for all humans to survive needs a development that ensures the right to life:

“For us, development is that which guarantees life. Not only now, but for the future. But the way things are going using everything up, there will be no life. With neither air or water life is not possible.” Continues Arukin Torres.

This article was originally published by IWGIA. It has been edited for IC with permission.