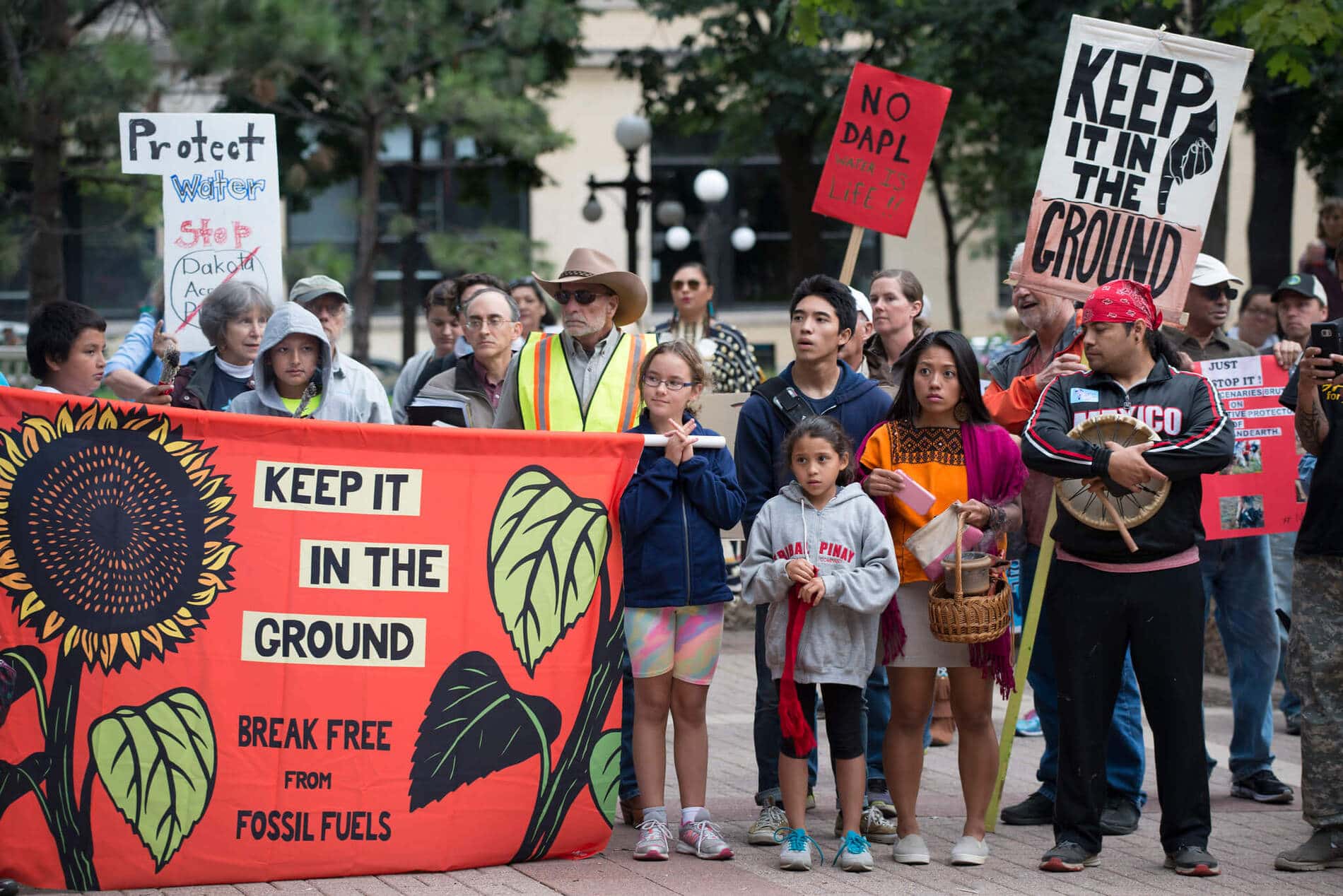 Sparking outcry from indigenous tribes and environmental groups, the Texas state Senate on Monday passed industry-backed Republican legislation that would hit pipeline protestors with a third-degree felony and up to ten years in prison.

“Here in Texas, members of the legislative body are looking to pass laws that harshly criminalize free speech and the right to protest,” Juan Mancias, Tribal Elder with the Carrizo Comecrudo Tribe of Texas, said in a statement.

As the Associated Press reported, the bill “would classify pipelines as critical infrastructure, putting them in the same category as power plants and water treatment facilities.”

According to the AP, the “amended bill would still subject those who trespass and damage the facility to a third degree felony with up to 10 years in prison,” a sentence on par with the punishment for attempted murder.

“But people impairing or interrupting operations would now face a misdemeanor with a fine up to $10,000 and potentially up to one year in jail,” the AP reported.

As Common Dreams reported, the Texas House passed the legislation earlier this month.

Republican state Rep. Chris Paddie, the author of the bill, insisted that his legislation would not punish peaceful demonstrators, but indigenous leaders at the front of the fight against climate-destroying pipelines in Texas weren’t buying it.

“We are at a tipping point as our ecosystems decline at accelerated rates and instead of protecting our environment, we are protecting big oil and pipelines,” Jennifer K. Falcon, campaign manager with Society of Native Nations, said in a statement. “Across the country, we have seen these bill challenged for stripping us of our constitutional rights.”

Dallas Goldtooth of the Indigenous Environmental Network vowed to fight the Texas bill and other similar Republican legislation across the country.

“Big oil is hijacking our legislative system,” Goldtooth said. “Our Network is suing the state of South Dakota for passing a bill similar to the one being debated in Texas. Both are unconstitutional attempts to suppress public protest and are nothing but fear tactics. We will continue to support and fight beside the indigenous communities in Texas to make sure these unconstitutional laws do not stand.”

This article was originally published at Common Dreams. It has been re-published at IC under a Creative Commons License