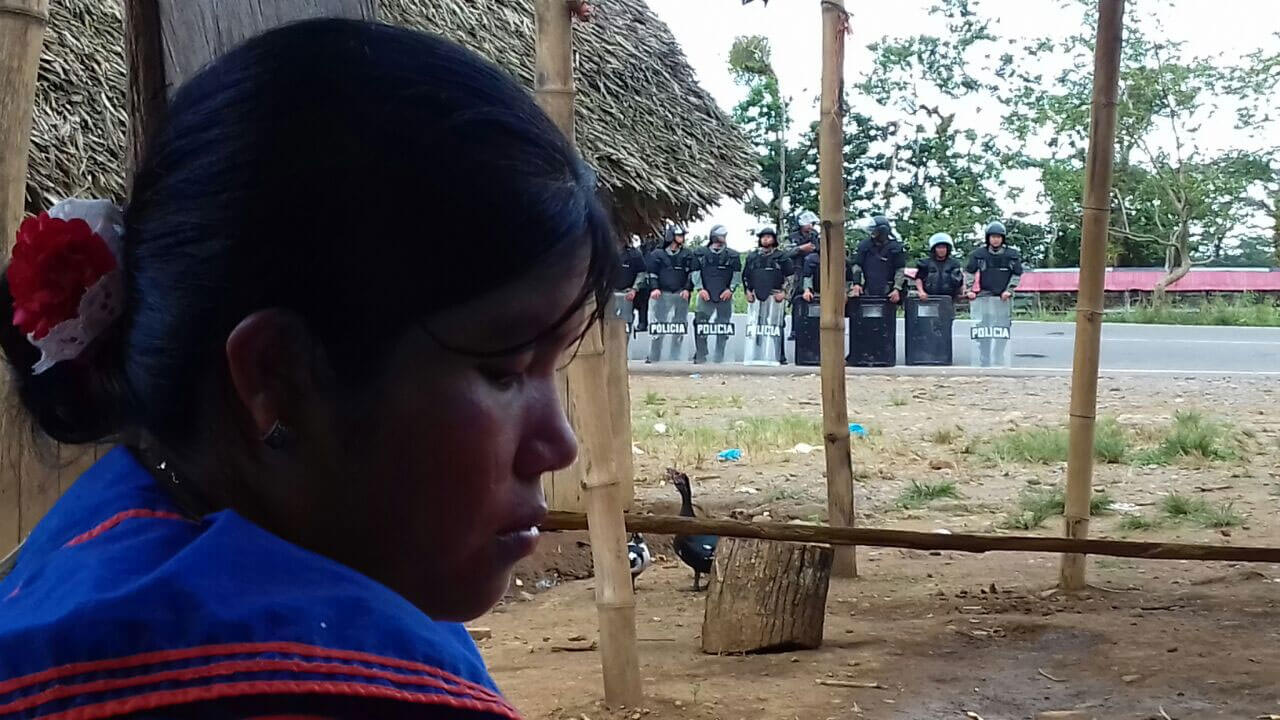 Tensions are rising between states and indigenous peoples

On 24 April 2019, at the United Nations Permanent Forum on Indigenous Issues in New York, IWGIA will release The Indigenous World 2019, an extensive, one-of-a-kind yearbook presenting a comprehensive, global overview of the developments indigenous peoples experience.

“Indigenous peoples make up 5% of the world’s population, yet they represent 15% of the world’s poorest, and in 2017, half of the approximately 400 environmental and human rights defenders killed. The numbers for 2018 are as-yet-unknown, but this troubling trend hasn’t seemed to stop,” Julie Koch, IWGIA Executive Director, says. “We need to do more to protect, learn from and support indigenous peoples and their traditional, sustainable practices as key actors in ensuring a safer and more equitable world.”

In 2018, there has been an increase in the documentation and reporting of illegal surveillance, arbitrary arrests, travel bans preventing free movement, threats, dispossession and killings of indigenous peoples. We have witnessed instruments meant to protect indigenous peoples being turned against them, through the use of legislation and the justice system, to penalize and criminalize indigenous peoples’ assertion of their rights.

“The intensification and exploitation of natural resources is leading to a global crisis for indigenous peoples’ rights,” Koch says.

Many indigenous peoples live in the Earth’s last remaining biodiversity hotspots and are often called the “guardians of the forest”. Several studies have shown that tree cover loss is significantly reduced on indigenous land compared to non-indigenous controlled land.

Indigenous peoples’ livelihood depends on their co-existence with the environment and their deep knowledge of nature and sustainable practices are an important factor in mitigating climate change effects; as such the threat to their guardianship and practices poses not only a severe situation for them, but for all of us as well.
The book, now in its 33rd consecutive year of publication, is a result of a collaborative effort between indigenous and non-indigenous activists and scholars who voluntarily share their valuable insights and analysis. In this edition, 97 authors analyze the main events impacting the lives of indigenous communities in 2018 across 62 countries and through 13 international processes.

Indigenous peoples’ representatives around the world and IWGIA experts are available for interview upon request. Embargoed copies of The Indigenous World 2019 in English and Spanish also available.