Tambogrande mine returns amidst two other conflicts

With the Tambogrande mine threat getting renewed — amidst the occupation of a mine in Puno and a fraudulent referendum in Michiquillay — it’s back to business as usual in Peru. 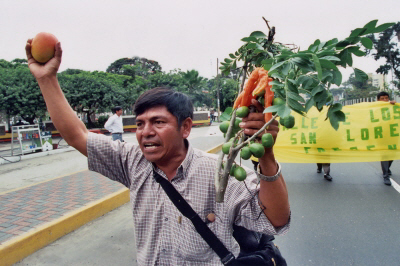 The Peruvian mining company Arasi has announced it plans to reactivate the Tambogrande gold mine project in the Piura Region of northwestern Peru. The mine was closed in 2003, after 14 years of struggle on part of one local community.

Previously headed by Canadian-based Manhattan Minerals, the Tambogrande mine threatened to displace 16,000 people, 70 percent of the community, and possibly damage the fragile tropical dry forest they all depend on. As examined in the film “Tamborgande: mangos, murder, mining” – the community responded to the threat by launching a massive protest campaign which peaked in 2001 with the world’s first referendum on mining.

When all was said and done, over 90 percent of the referendums participants said ‘No’ to the mine. Two years later, Manhattan Minerals lost its concessions in Tambogrande, allegedly because they didn’t fulfill their financial obligations to the state… but we all know it was because of the community’s refusal to sacrifice their town and their livelihoods for a quick rush of money and things.

Now that Tambogrande is back on the table, that same opposition must stand up again. 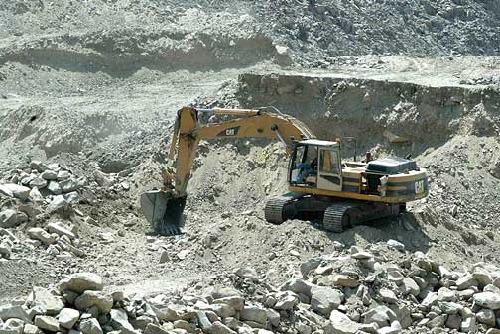 A few days before the renewed Tambogrande threat, 500 people from the town of Sandia occupied the Untuca mine in Puno, allegedly taking 29 workers hostage.

Owned by another Peruvian mining company, the Cartagena group, the townspeople demanded an end to drilling because of the damage Cartagena was causing to the environment. They also demanded jobs as well as a 30 percent share of the mine. The company, however, said they would not negotiate until the workers were released. Police were also notified to “control” the situation.

When the police finally arrived, five days later, they found the townspeople talking with Americo Arizaga, head of Puno’s Energy and Mines department.

According to Living in Peru, the people saw the police approaching, and then “took to higher ground and began throwing rocks at the officials.”

Even though police had been told not to use their weapons, it was reported that several young officers drew their guns after being hit with rocks.

21-year-old Raymundo Quispe, an informal miner, was shot in the stomach and was immediately taken to a hospital.

Another four miners were wounded with rocks while two offices had to be treated after they were also hit with rocks.

After this, the townspeople announced that they were no longer willing to negotiate and will stay at the mine indefinitely.

They also said they never had any hostages, though “Peru’s RPP news reported that they managed to escape through the region’s hills [the night of the confrontation.]” says Living in Peru. 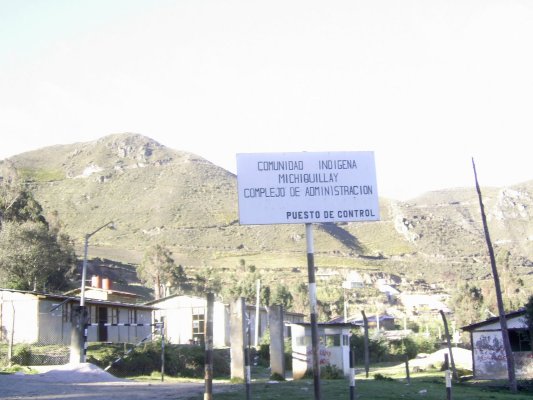 There is one last mining-related conflict, or rather fraud to report.

Peru’s ministry of mining has claimed the indigenous community of Michiquillay, which is located in the northern district of Cajamarca, reached an agreement with London-based Anglo American that allows the company to move ahead with an “important copper project” near the community. Quoted by Reuters, the ministry said the community held a referendum in which 736 people voted in favor and 432 voted against the project.

The part about the referendum is true. However, the people of Michiquillay weren’t the only ones voting… According to “Red Verde” (links in spanish), ‘a large contingent of strangers in more than two dozen buses’ arrived in the community prior to the vote.

Entrance to the community was then blocked by mining proponents – preventing the entry of more than 2000 people from Michiquillay and the adjacent communities of Quinuamayo, La Pampa Grande, Pedregal, Chamcar, Carhuaquero, Rodacocha, The Usnio, and Palpata among others.

On June 3, the indigenous community of Michiquillay formally rejected the vote as fraudulent.

Further coverage of these stories can be found at minesandcommunities.org