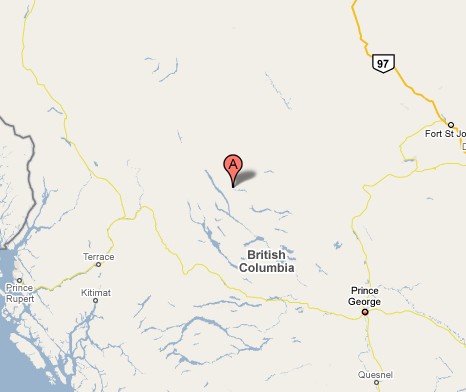 In response to the governments continued refusal to deal with their concerns, the Takla Lake First Nation has blockaded a second access road to their traditional territory.

“The situation is urgent”, states Chief Dolly Abraham. “We need to sit down with the Province and with all mining companies in our Territory if any exploration is to be allowed this year. “We will keep the blockade up until several urgent issues are meaningfully dealt with.”

On June 18, Takla Lake set up the initial blockade of Driftwood Forest Service Road, stating in a press release that their territory “has been flooded with tenures awarded to industry with no proper consultation and no accommodation.”

“We keep trying to negotiate with government in good faith and they keep putting us off”, said Chief Abraham. “If we don’t take action now, the government will hand over our whole territory to mining and forestry companies and there will be nothing left for our children”.

Further, they’re deeply concerned over the government’s refusal to clean up the contaminated mercury mine at the Bralorne site, which they say is one of several abandoned mine sites that are leaching toxic pollutants on their land. “It’s on their top 10 list of contaminated sites, and they won’t clean it up”, stated Councillor Kathaleigh George. “This is in an important camping and hunting area and our Nation has a hard time accepting new mining when there is this old unfinished business”.