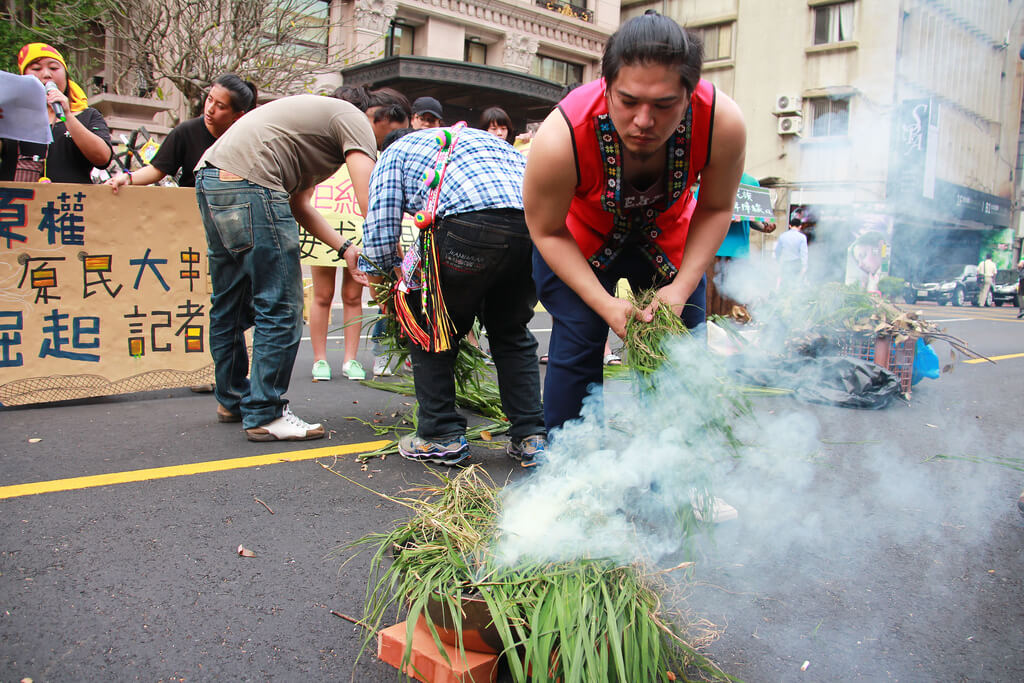 Photo from coolloud.org. CC:NC
Support our journalism. Become a Patron!

Those occupying Taiwan’s legislature over the controversial Cross-Strait Service and Trade Agreement (CSSTA) between the island and China fear that allowing mainland capital to flow unrestricted into Taiwan will threaten Taiwanese culture, freedom of expression and national security.

The Indigenous Peoples of Taiwan worry in particular that the trade agreement will lead to the destruction of their ancestral land and the suppression of their languages, among other consequences, and members have participated in the protests.

A platform for discussing Indigenous Peoples-related issues, Pure-taiwan.info, explained [zh] how the agreement will affect the life of the Indigenous Peoples in Taiwan. One of the specific concerns involves the tourism sector. Given the exodus of young people from indigenous areas, leaving an aging population behind, Indigenous Peoples will be forced to depend on tourism for their economy to survive.

But with the agreement opening the door to “China-style tourism”, mainland businesses will monopolize the sector for maximum profit, according to the site. Meanwhile, Indigenous Peoples will be left with the costs of conserving the environment and putting on displays of tradition and culture.

When Chinese corporations enter Taiwan in the tourist sector, they need the land to build hotels and other buildings for touristic services. […] This will bring serious threats to our ancestors’ land.

The dominance of Mandarin that the agreement represents is also worrying, according to the platform:

Once the CSSTA is passed, Mandarin will be more dominant than it is today. Language is not only a tool for communication. Language is a symbol of the social-economic status and the culture hegemony. […] The domination of Mandarin and the dominant culture created by this language will threaten our identity built on our tradition and culture. In addition, this dominant power will also threaten our effort to maintain the legacy of the Austronesian languages in Taiwan.

Coolloud.org, an independent online media focusing on civil society news, also reported a statement [zh] from one of the Indigenous protesters about the change Chinese tourists have brought to the tourism industry in Taiwan:

The current Magistrate of Hualien County, Fu Kung-Chi, has already started to prepare a budget for us to hold our ceremonies to serve tourists.

To evoke more discussion among Indigenous Peoples, several young Amis, the largest indigenous group in Taiwan, made a video introducing the CSSTA and explaining the protest to their friends and family.

The demand made by the students who occupied the Legislative Yuan is closely related to our future. […] We need to strengthen our bond so that we can generate our power together. If we do not have enough power, how can we pursue a better future and provide for our people?