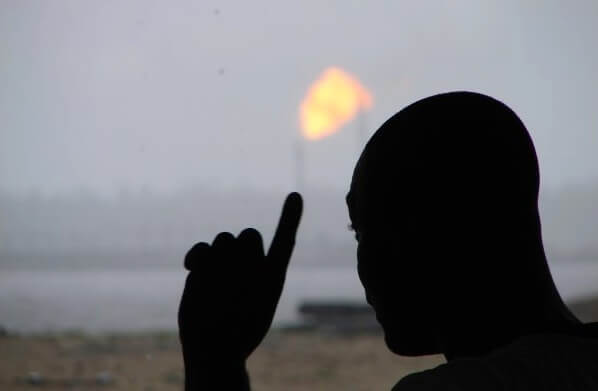 Sweet Crude, a documentary now in post-production, tells the story of Nigeria’s Niger Delta and the struggle of the People in the region. For 50 years, the people in the region known as the ‘south-south’ have lived a life of hopelessness and desperation as they watch the land become devastated, and their own lives become unsustainable—not just because of the 6,000 reported oil spills (less than 50% of which are cleaned) rampant gas flaring (2.5 billion cubic feet of gas per day) and several major pipeline explosions that have killed thousands of people—but also because the people are actively oppressed and murdered by the Nigerian military.

On top of that, poverty and starvation is a brutal constant. The People in the Niger Delta depend on fishing and farming for survival but both are nearly impossible tasks now because the oil (from the spills) has contaminated much of the land and water. Women find themselves fishing day and night for enough food to feed the family for one day.

And there are no services for the People. Portable drinking water and electricity is rare— the Nigerian government just doesn’t do anything for the people. Oh they could help, I mean it’s not like there’s no money. For example, Exxon Mobil set a world record by posting profits of $33 billion dollars for 2005. In the same year, Shell set a new British record with $23 billion in profit.

The government itself is getting a fair share, but they keep it for themselves.

Well, the people of Nigeria have exhausted every option they can imagine to have these matters addressed. But like many people in the world, they have learned that protest, begging, pleading, asking, and writing letters doesn’t change anything.

In response to this, with no other options and a desperate need for change, a militant movement has emerged in the delta which hopes to call attention to the desperate poverty and injustice.

As pointed out in the film below, dialogue and peaceful resolution is preferred, but what choice is there when the only option you have is to crawl up in a puddle of liquefied dead matter (called oil) and just die.

The film itself is being created in the hopes of educating people and opening their eyes to what is happening in the Niger Delta.

Why do we care enough to make this movie? Because raising awareness just might be the tipping point it takes to head off civil war. Because the kids of the Delta deserve a future. Because what happens in Nigeria ripples through African political stability and global economic markets. Because Nigeria produces more than 10 percent of the U.S. oil supply. Ultimately, the events unfolding in the Niger Delta affect us all.

It will take a vigilant world community to advocate for nonviolent political solutions. With this independent documentary, we take a stand for a more truthful conversation, with the hope that a more educated public will hold governments and big oil accountable to peaceful and just resolution.