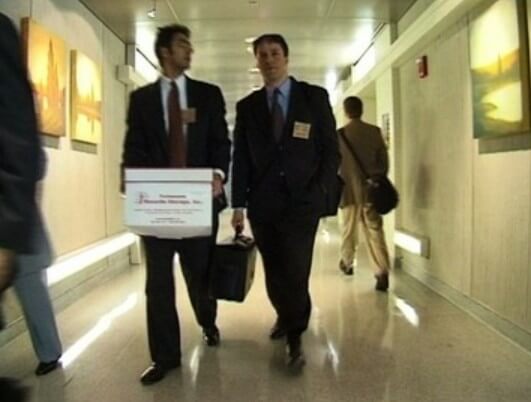 Why the World Bank Won't Save the Tiger
Support our journalism. Become a Patron!

The documentary film SUITS AND SAVAGES may have been produced more than ten years ago; but with the likes of India and the World Bank continuing to run roughshod over the needs and rights of Indigenous Peoples–in the name of conservation–the film could’ve made its debut yesterday.

SUITS AND SAVAGES takes an up-close look at a Global Environment Facility/World Bank `ecodevelopment’ project – travelling between one remote tribe in South India and another, more powerful, in Washington DC. Spanning the gulf between their environments, the film features an emotional `video letter’ from forest dwellers to the World Bank, and a Bank economist’s response. The film pays special attention to a conservation project in the Nagarhole National Park, home to the endangered Bengal tiger, but also to several indigenous forest dwelling tribes who say they are being forced to leave the forest against their will, as an indirect result of the GEF/World Bank project.

From the World Bank to an Indian Tiger Reserve, and Back Again

Produced five years after SUITS AND SAVAGES, filmmaker and author Zoe Young returns to Nagarhole, Karnataka, South India, to explore the fate of the people, forest and World Bank/GEF-funded ‘India Ecodevelopment’ project. This film is included as an ‘extra’ on the new DVD of SUITS AND SAVAGES