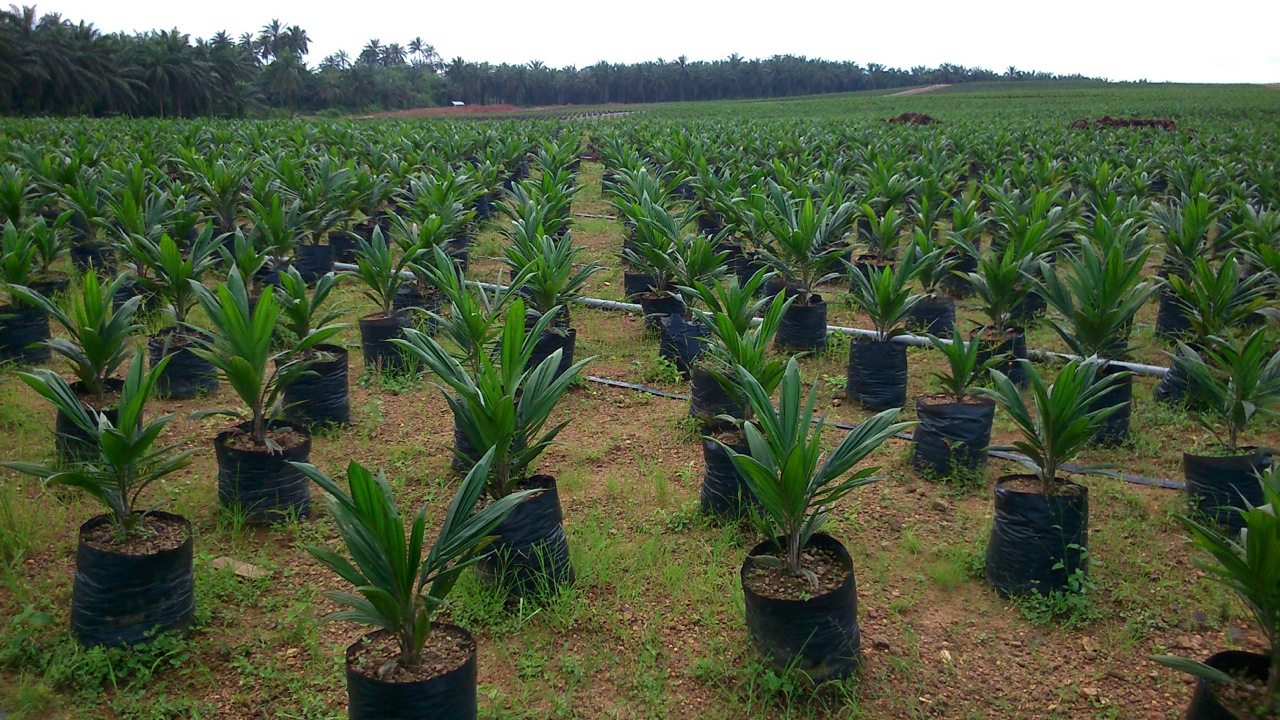 Stolen land: Nigerian villagers want their land back from Wilmar

This is the second of a series of interviews about resistance to the expansion of industrial oil palm plantations in West and Central Africa.

Members of communities affected by these monoculture plantations and civil society organizations from Africa, Europe, the Americas and Asia met in Calabar, Nigeria from 2–5 November 2013. They shared testimonies and analysis of the consequences of the rapid and brutal expansion of monoculture oil palm plantations by multinational companies in different communities and countries.

Also read about community organizer Nasako Besingi’s experience of being beaten, arrested and sued for supporting villagers in Cameroon defending their lands from US hedge fund Herakles Capital.

The people of Ekong Anaku Village had a difficult decision to make. Their village in southeastern Nigeria lies in one of the countries’ few remaining tropical rainforests. Conservation groups and the federal government wanted it conserved as a reserve. The villagers were keen for the extra protection against illegal logging, but they were worried about losing access to the hunting, foods and medicines the forest provides them and to lands that future generations would need for farming.

So in 1992 they made a deal with the government. They agreed to allow the conversion of a 10,000 ha section of their traditional forest into a reserve. In exchange, the government promised to provide programmes for agroforestry and rural development and credit for small farms and businesses.

“The government’s promises were only ever on the drawing board,” says Linus Orok, a village leader from Ekong Anaku village. “And this was only a small piece of the betrayal we encountered.”

Ten years after convincing Ekong Anaku village to hand over its forest for conservation, the governor of Cross River State gifted the same lands to a company owned by Nigeria’s president at the time, Olusegun Obasanjo.

“They never consulted us, not even the local chiefs,” says Orok. 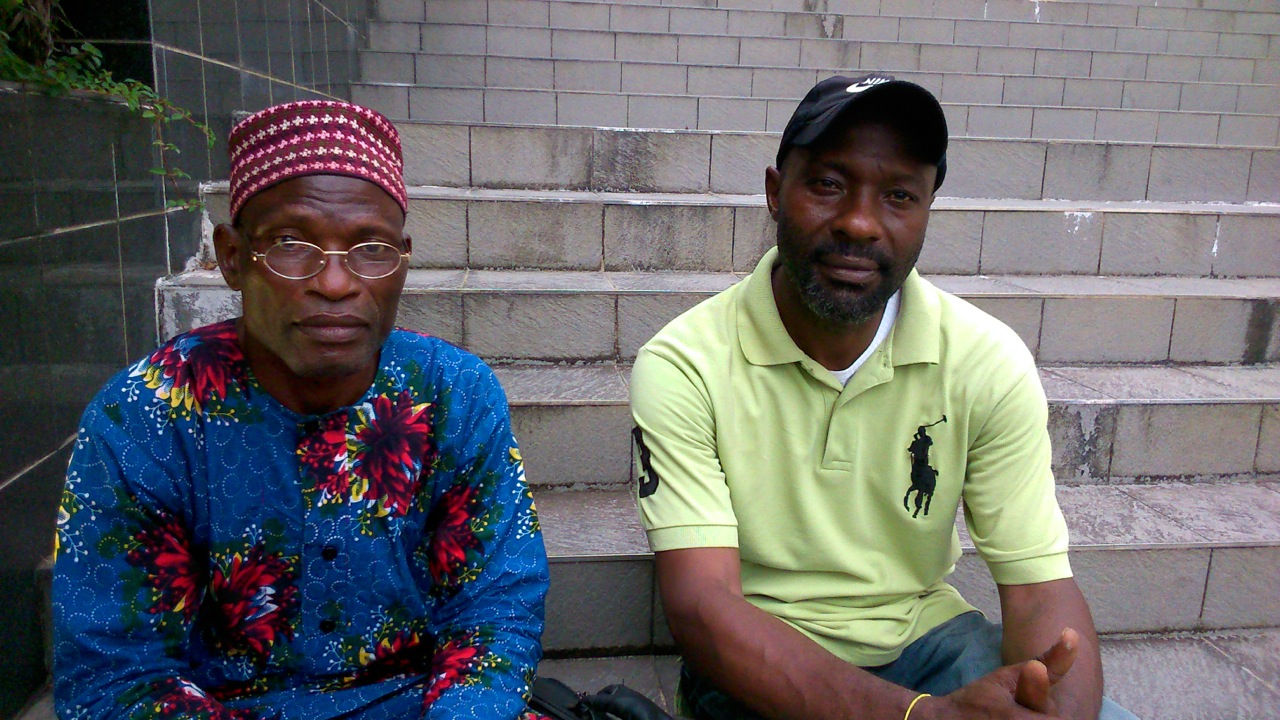 Obasanjo’s company, Obasanjo Farms, planned to convert the 10,000 ha of forest into a large scale oil palm plantation. It lacked the capacity, however, and soon turned to outside investors.

In 2011, having acquired the lands for free and invested very little of his own money, Obasanjo turned around and sold the lands to Wilmar International, which controls 45 percent of global production of palm oil. The locals say that Obasanjo’s company was paid millions of dollars under the deal.

With the support of the Rainforest Resource Development Centre (RRDC), the Ekong Anaku villagers have been fighting to get their lands back ever since.

“The land was never Obasanjo’s to sell,” says Orok. “If you buy something stolen, then you cannot say it is yours.”

Wilmar, however, has already established a large oil palm nursery and has cleared some lands for planting.

Patrick Chi, another resident of Ekong Anaku, says the villagers are open to developing some form of partnership with Wilmar on the existing plantation lands, but it has to be based on an understanding that the lands belong to the community.

“We want it to be our plantation,” says Chi.

Orok explains that the villagers have three basic demands: the existing plantation must be operated as a partnership; there can be no expansion beyond the areas that have already been cleared for planting; and, the government must identify and provide the village with an alternative area of land of equal size where they can farm.

“We need land now,” says Chi. “Our village is starving.”

So far, Wilmar’s kept quiet about the controversy. The RRDC brought a complaint forward to the Roundtable on Sustainable Palm Oil, of which Wilmar is a member, but neither the company nor the RSPO have acted to address the specific complaints made about the illegal acquisition of the Ekong Anaku community’s traditional lands.

Even if the communities do succeed in getting some form of partnership with Wilmar, there’s no guarantee that they will benefit from it. A newly released documentary film looks into Wilmar’s operations in Uganda, where it runs a plantation and outgrower scheme in partnership with the local communities of Kalangala Island. In the film, community members describe how the little they have gained from the arrangement in no way compensates for the loss of food crops and forests and the environmental destruction caused by Wilmar’s operations.

In early December, Wilmar announced a new company policy, pledging – among other things – to “respect and recognize the long-term customary and individual rights of indigenous and local communities, and commit to ensuring legal compliance as well as international best practices in free, prior and informed consent are implemented”. The “No Deforestation, No Peat, No Exploitation Policy” also states that no new land development will occur until research and consultation over the conversion of “high carbon stock forests” is finalized.

The company has committed itself to “resolve all complaints and conflicts through an open, transparent and consultative process.” This corner of southeastern Nigeria would be an ideal place to see if Wilmar’s statement is anything more than a public relations exercise.

Regardless, the Ekong Anaku villagers know that their claims to the lands are on solid legal ground, and if they are unable to advance their demands through dialogue with Wilmar, they say they won’t hesitate to go to court.

This past year another company, owned by Nigeria’s Dangote Group, showed up looking for lands in a separate part of their territory for a pineapple plantation.

“Workers came to do a survey in October 2013 and our chief sent them away,” says Chi. “We told Dangote we don’t need them.”

The Ekong Anaku village welcomes international support for its land struggle with Wilmar. Patrick Chi can be contacted at mukotso@yahoo.com and Linus Orok can be contacted by phone at +234 703 448 9776

Information about the documentary film, No Food No Land No Life is available here: http://nolandnofoodnolife.com/

This article originally appeared at http://www.grain.org