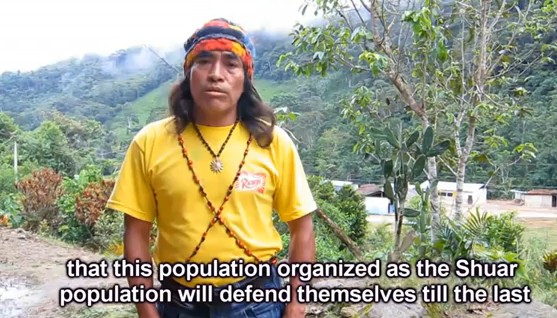 Stand with the Shuar: Oppose the Mirador Mine Project in Southeastern Ecuador

In March 2012, the Correa government signed a controversial agreement with the Chinese-owned company Ecuacorrientes (ECSA) to extract copper, gold and silver within the traditional territory of the Shuar Peoples, in the Condor Highlands of southeastern Ecuador.

The Mirador Project includes a total of six open pit mining concessions encompassing almost 25,000 acres. According to the Global Alliance for the Rights of Nature (GARN), “Mirador’s open pit mines will eliminate all the vegetation and the superficial soil layer of the mined area including 4,000 species of vascular plants that contain the richest biodiversity in South America.”

The project will have a severe impact on the Shuar, their culture and their sacred sites, not to mention the very water and land they depend on. 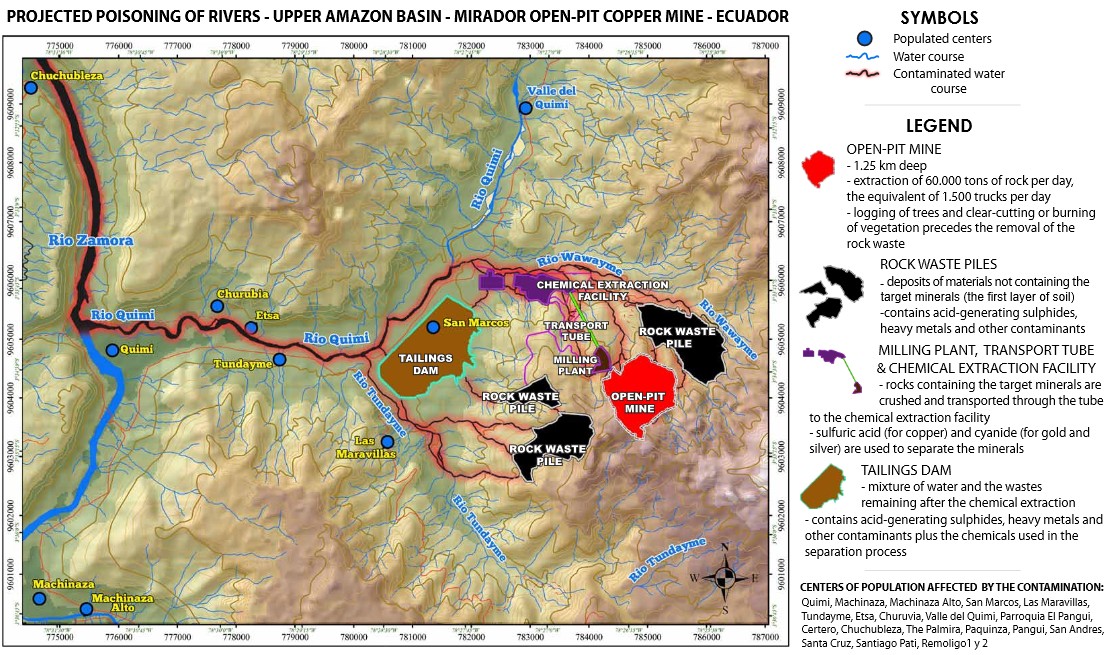 The threat to the Shuar started receiving headlines last month (at least in the United States) thanks to a timely article published at salon.com: “To get the gold, they will have to kill every one of us”.

Environmental, human rights, indigenous organizations, and local community members from the Condor region in Ecuador are taking legal action to stop the Mirador Project. GARN explains, “[The lawsuit] claims that the mine would violate the protected rights of ecosystems guaranteed in the Articles 71-73 on Rights of Nature in the Ecuadorian Constitution. The case is now being analyzed by the 25th Civil Court of Pichincha against the Ministry of Non Renewable Resources, the Ministry of Environment and Ecuacorriente with the plaintiffs asking to stop the Mirador Mining Project using the precautionary principle to guarantee Rights of Nature, Right to Water and Right to a Decent Life.”

In order to build up some momentum, a petition is also running in support of the lawsuit. You can sign that petition here

Whether or not the petition reaches its target goal, and whether or not the court stands behind the Constitution by halting the Mirador Project, the Shuar will do everything in their power to defend the land they know and love.

Unlike President Correa, the Shuar do not rely on convenient moral notwithsanding clauses to justify the destruction of the natural world for the sake of a few dollar notes. Their priorities are in order. They state them clearly and without apology.

In this 2012 interview, Domingo Ankuash, speaking on behalf of the Shaur, discusses the overall threat of mining in their territory.