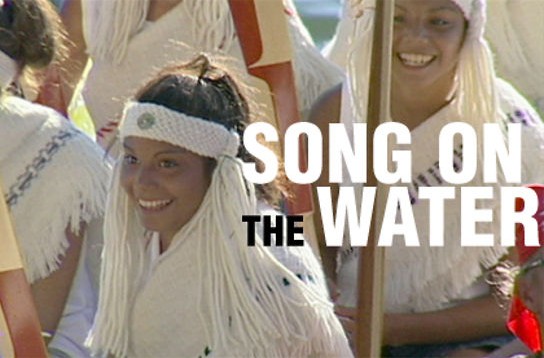 Song on the Water

“Song on the Water” takes viewers along with 50 indigenous canoes, their crews, and communities on a modern-day voyage to a traditional potlatch.

Synopsis
In the 1960’s Native Americans in the state of Washington were forbidden from fishing in their traditional areas, off the reservations. In what became know as the “Fish Wars,” tribal fishermen were harassed and sometimes beaten by State Police. When the Boalt Decision passed in the U.S. federal courts in 1976, the federal government guaranteed the rights to fish in “usual and accustomed grounds.” But the state often denied access. Finally in a compromise, the state agreed to allow tribes to access traditional fishing grounds if they demonstrated they could access them by traditional means, ocean going canoes.

Lundahl’s award winning ethnographic documentary, “Song on the Water” (2005), takes viewers along with 50 indigenous canoes, their crews, and communities on a modern-day voyage to a traditional potlatch. Filled with beautiful photography and inspiring Coast Salish and Nuu Chah Nulth songs and cultural expressions, the one-hour film explores what the voyage means to the “pullers,” ground crews, and elders who share the waves, the traditions, and a vision of a positive future for Coast Salish youth.