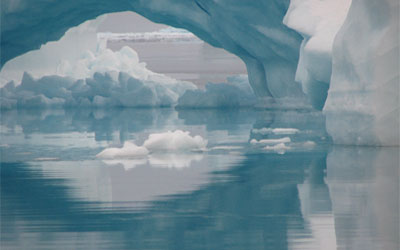 Silent Snow is feature length documentary about a “silent assassin” in the far north: Pollution. Pesticides like DDT and other chemicals from around the world travel northbound, to Inuit land, where it accumulates, slowly poisoning both humans and animals.

From silentsnow.org: Against a background of melting ice Silent Snow focuses on a prelude to a worldwide problem of dramatic proportions: the poisoning of humans and animals by dangerous pesticides like DDT (Persistent Organic Pollutants – POPs). Via currents in the ocean they reach the arctic where they accumulate in plankton, fish and bigger animals like seagulls and polar bears. But they also travel through the air as they attach to snow and end up in the environment when the snow melts.

Inuit in Greenland eat the fat of seagulls and whales which used to protect them against diseases and provided vitamins lacking elsewhere in their frozen country with little eatable vegetation. Now however, it ruins their health because the chemicals accumulate especially in this fat. Women in Greenland should no longer breastfeed, men are confronted with fertility problems and research shows that especially children are harmed the most. High POP levels in bloodstreams lead to a significantly lower IQ in children and in the Inuit communities already twice as many girls as boys are being born. And even though the first signs of this pollution have become especially visible in the arctic, the pesticide pollution will sooner or later affect the entire world.
The Silent Snow project

The Silent Snow project aims to raise awareness of this problem and consists of both a short and a feature length documentary by Jan van den Berg, educational material for schools and this website. In the short film the subject is introduced by following two young girls in Greenland and the way in which they are confronted with the pollution of their environment.

Learn more about the film at www.silentsnow.org