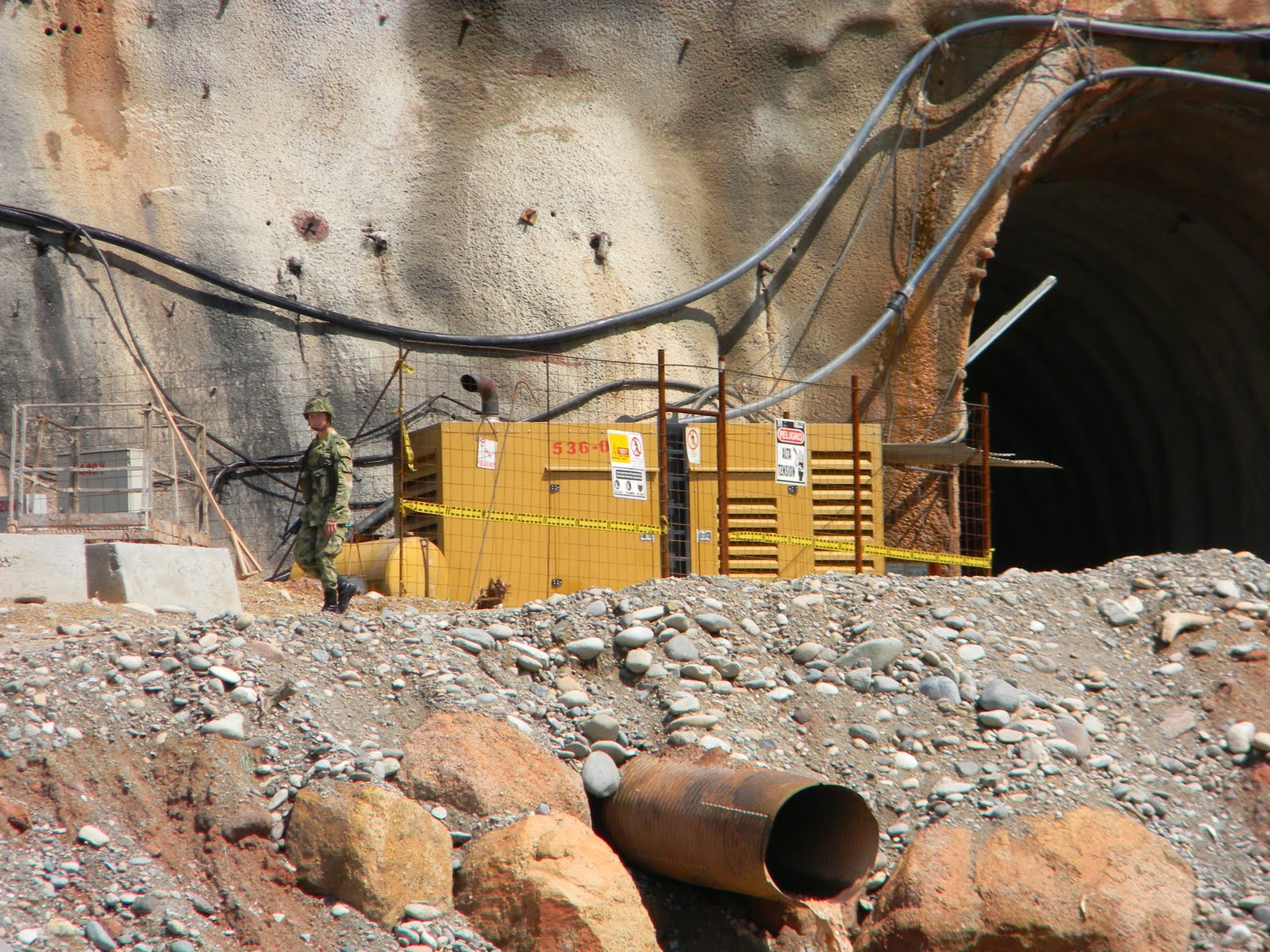 Signatures Needed: Halt diversion of the Magdalena River in Colombia!

military presence at the construction site of El Quimbo dam - Photo by polinizaciones.blogspot.com
Support our journalism. Become a Patron!

Earlier this month, the Regional Movement for the Defense of the Territory organized a 15-day blockade, paralyzing construction of the proposed Quimbo Hydroelectric Project in Colombia’s Huila state.

Unfortunately, the successful action has only delayed temporarily phase 1 of the dam’s construction: the diversion of the Magdalena River. Phase 1 has since been re-scheduled to commence on Feb 8, 2012.

Take action now in support of the affected people of Colombia by sending a letter to the Ministry of Environment, Housing and Sustainable Development, requesting a suspension of the river diversion. In no uncertain terms, the government of Colombia and the company behind the project, EMGESA (a subsidiary of the multinational company Endesa-Enel) should respect the rights and the will of the people!

Alternatively, you can send a message of your own to Colombia’s Minister of the Environment, Dr. Frank Pearl, calling for:

Destructive impacts of the proposed dam include: state-sanctioned displacement, unemployment, damage to ecosystems, psychosocial affectations, the breakdown of social structures, damage to archaeological heritage, destruction of the food chain and food security, increased risk of seismic instability (The project area is subject to earthquakes) and the violation of all the fundamental rights of affected individuals and the collective right to sustainable environment.

Demand The Suspension Of The Diverting Of The Magdalena River

The Quimbo Hydroelectric Project is the first dam to be built in Colombia entirely by a multinational corporation, Emgesa an affiliate of Endesa-Enel, as part of the policies of creating investor confidence that have been imposed by recent administrations. This policy gives all the guarantees and support to the private corporations in detriment of the communities whose rights are violated.

The Quimbo Hydroelectric Project will inundate about 8,250 ha within its reservoir, some of the region´s most fertile land that will destroy the food security of hundreds of communities of fisher people, day workers, coffee growers, tobacco growers, cacao growers, artisanal miners and transporters among others that interact with the Magdalena River. This is why since the project started in 2008 the affected communities have protested and proposed alternatives for the development of their region while be consistently ignored by national authorities all while being trampled by the transnational company that in efforts of expanding its earnings has carefully unrecognized a significant portion of the affected peoples whose rights are being violated.

This is the reason that after four years of uncertainty the Association of the Affected of the Quimbo Hydroelectric Project (ASOQUIMBO) and other social sectors decided to move forward with the Regional Strike in Defense of the Territory of Huila, effectively paralyzing the dam´s construction for two weeks (January 3rd-18th, 2012) until agreements were signed with the national government which are on the brink of being broken.

This is why we are ASKING FOR YOUR HELP. PLEASE SIGN a solicitation to the Ministry of Environment and Sustainable Development to SUSPEND THE DIVERTING OF THE MAGDALENA RIVER scheduled for February 8th. If the river is diverted it will cause irreversible destruction to the country´s principal river basin and hydrological resource without taking into account the arguments and evidence of the affected communities, which are more than sufficient reason to detain the Quimbo Dam.

Water for Life, Not for Death