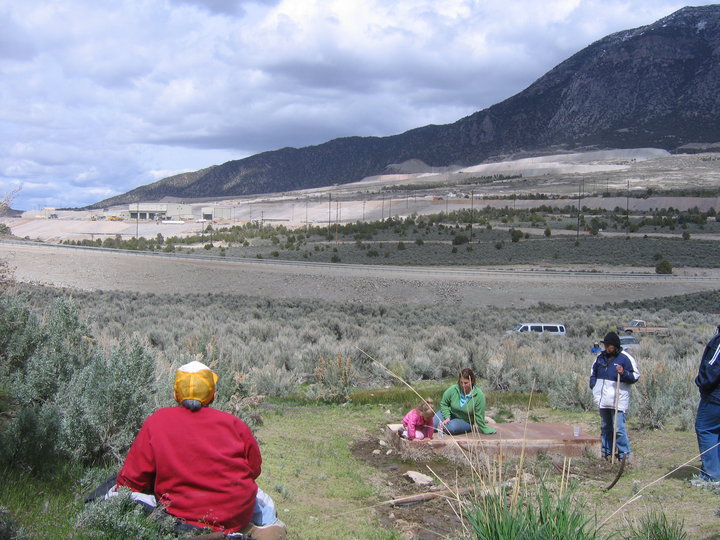 The Te-Moak Tribe of the Western Shoshone have lost another court bid to stop the expansion of the Cortez Hills mine project on their traditional territory.

On June 18, 2010, the U.S. Federal Ninth Circuit Court of Appeals decided to rule against the Shoshone, reversing its previous ruling in December 2009 that ordered a temporarily halt to the Canadian-owned mine project.

The December ruling was a major victory for the Shoshone, even though the mining company, Barrick Gold, wasted no time deposing it. Just one day after it was handed down, the company announced that it would simply continue with the expansion. They also turned to a U.S. District Court to seek a more favourable ruling. In April of this year, the district court gave them just that.

The patently-Barrick move left the Te-Moak Shoshone, the Western Shoshone Defense Project and the Great Basin Resource Watch with no choice but to re-approach the Ninth Circuit Court and once again try to protect the sacred Mountain.

However, this time around the Court said that Barrick Gold should be allowed to proceed with their plans, notes the Associated Press, “while U.S. regulators respond to a new appeals court order to better assess potential impacts.” The previous ruling

Some of those potential impacts include:

The project also threatens to diminish and even “permanently eliminate” the Shoshone’s religious and cultural practices on and around Mount Tenabo.

Thankfully, the Court took some time to acknowledge this in their ruling, along with the fact that Barrick Gold is actually on the Shoshone’s ancestral territory. They further agreed with the plaintiffs that the Bureau of Land Management (BLM) failed to adequately consider the projects’ cumulative impacts on the Shoshone.

But any victory was woefully undermined by the overall intent of the ruling; not to mention the preposterous claim that the BLM fulfilled its duty to consult the Shoshone. The ruling states that it was enough for the BLM to simply “try” to contact the Shoshone by sending a couple letters and speaking to an answering machine.

The BLM never actually spoke to the Shoshone until after they issued their “Decision Record” (DR) and the completely-inadequate “Finding of No Significant Impact” (FONSI) in 2004.

With all these twists and turns, it seems like the Ninth Circuit Court has become more interested in pleasing Barrick Gold than actually defending the Shoshone’s rights or acting in their best interests. The same could also be said about the BLM. And while Barrick may have to make some minor adjustments to their expansion plans, the Shoshone are being made to make all the major sacrifices.

The bitter irony is that the Shoshone won’t even benefit from the Gold mine. All they’re really going to get out if it is one infamous gift: toxic waste. Indeed, the bitter taste is arsenic.