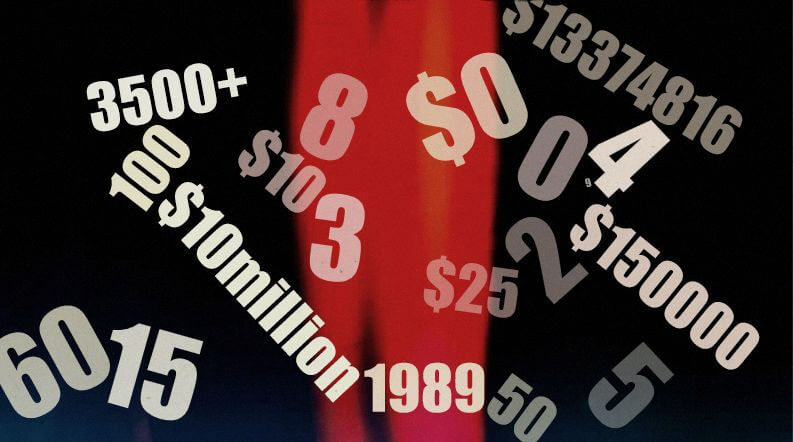 Shoal Lake 40: By the Numbers

Did you know that 100 years ago, the Canadian government took more than 3500 acres from Shoal Lake #40 First Nation so the city of Winnipeg could use it to built their water intake, railroad and diversion canal? Or that, 32 years ago, the City of Winnipeg mounted an all-out legal and political campaign to stop all normal development on Shoal Lake 40 First Nation? Since then, Winnipeg’s water utility has made millions in profit over the sale of Shoal Lake #40 water to its consumers. Compare that to the amount of money that Shoal Lake #40 has received since their land was expropriated: 0.

Before you pour yourself another nice glass of filtered water, you might want to see just what else is coming through your tap.

Interested Winnipegers are encouraged to come to the source of their water and inform themselves first hand. Daily Tours are available by appointment. Visit Shoal Lake 40’s website at www.sl40.ca. Also see the Shoal Lake 40 Museum of Canadian Human Rights Violations page on facebook.
This unfortunate story of injustice will soon be on permanent display in the Canadian Museum for Human Rights.

Shoal Lake 40: By the Numbers

The following information was prepared for Shoal Lake #40 First Nation by Cuyler Cotton. References are available upon request.

Number of years since Canada expropriated Shoal Lake #40 reserve land and Winnipeg built their water intake, railroad and diversion canal on the reserve; took over the site of the traditional settlement area -including the burial ground- and displaced the people of Shoal Lake #40 on to a man-made island.

Acres of Shoal Lake #40’s “best land” expropriated by Canada and granted “at a nominal sum” to the Greater Winnipeg Water District.

Estimated amount in current dollars that Winnipeg saves each year in water treatment costs by using Shoal Lake water over readily available Red and Assiniboine River waters. (The saving was reported to be $600,000 in 1919.)

Amount of money Winnipeg pays the First Nation each year for the use and occupation of the thousands of acres of Shoal Lake #40 reserve land.

Width in feet of the diversion canal dug by Winnipeg that cuts the people of Shoal Lake #40 off from the mainland portion of their reserve.

Years the City of Winnipeg mounted an all-out legal and political campaign to stop all normal tourism development on Shoal Lake 40 First Nation. It’s also the approximate the number of Federal Ministers of Indian Affairs who, between 1980 and 1990, bowed to Winnipeg’s political pressure and used their discretionary power to deny Shoal Lake #40 the ability to proceed with normal commercial development to replace the closed fishery.

The year a Tripartite Agreement was signed under which Shoal Lake #40 abandoned their multi-million dollar tourism and cottage development and Winnipeg and Manitoba committed to “make every effort” to promote sustainable economic development and create employment opportunities to replace those lost. The mutual goal was to work collaboratively to build an economically and environmentally sustainable community.

Number of jobs and sustainable economic enterprises created by Winnipeg and Manitoba under the 25-year-old Tripartite Agreement. Main reason: no secure, all-weather access.

Amount of annual profit (*dividend) Winnipeg’s water utility makes on the sale of water to consumers. (Profit over actual cost.) Unique among Manitoba municipalities these profits are diverted to general revenues.

Number of people who have died in recent memory crossing the water or thin ice to access homes on the man-made island.

Number of years the Shoal Lake #40 has been on a boil-water order because the community system has no filtration.

Number of water treatment engineering design studies that have been completed on Shoal Lake #40 and advanced to the tender stage.

Number of water treatment systems cancelled by Aboriginal Affairs and Northern Development Canada primarily because of the unpredictability of access and cost of construction in an ‘isolated’ community.

Daily road fee charged by Shoal Lake #39 to health workers, teachers and all other service people and visitors travelling to Shoal Lake #40.

Per trip fee charged to all vehicles, including band members, crossing on the only means of summer access, the ferry Amik II.

The net deficit carried by the First Nation for every year of operation of the access ferry, Amik II, despite ferry fees charged to band members and visitors.

Number of studies conducted by AANDC into the feasibility of road and bridge access through Shoal Lake #39A Reserve.

Number of times Iskatewizaagegan #39 Independent First Nation has rejected the concept of a right of way through their land.

Percentage of SL #40 band members who have left the reserve because it’s too hard and too dangerous to live there. (On most other First Nations in Canada, 60 % of the members remain in the community …more when employment opportunities are available.)

Distance in kilometers that Shoal Lake #40 is from the Trans Canada Highway.