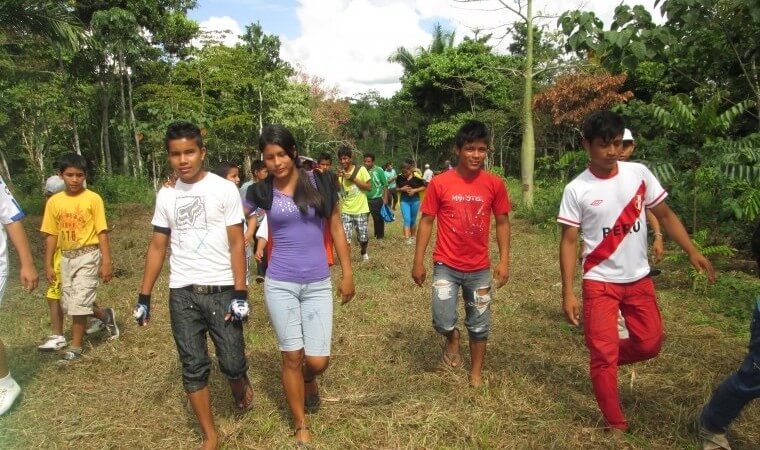 Shipibo Stories Pass to the Next Generation, With a Little Help From Digital Media

In the Peruvian Amazon, Shipibo elders paint rich and colorful images through the magic of oral storytelling. Their captivating tales and traditional legends were passed down from their grandparents to their parents, and now they have the responsibility of maintaining these important elements of Shipibo culture.

It is in that context that the project Chariboan Joi was launched in the communities of the Ucayali region of the Peruvian Amazon. The project, which means “Voices Flying as a Maracana Parrot” in the Shipibo language, began to encourage young people to value these stories and their mother language by using digital media to preserve and promote it. The project, which was supported by the Rising Voices Amazonia initiative, was a collaboration between the Organization of Indigenous Youth of the Ucayali Region (OJIRU for its initials in Spanish) and the organization Arkana Alliance.

In early December 2014, members of OJIRU traveled by boat to the community of Nueva Betania to organize a storytelling festival with the participation of elders, which included food, music, and a small sporting competition. 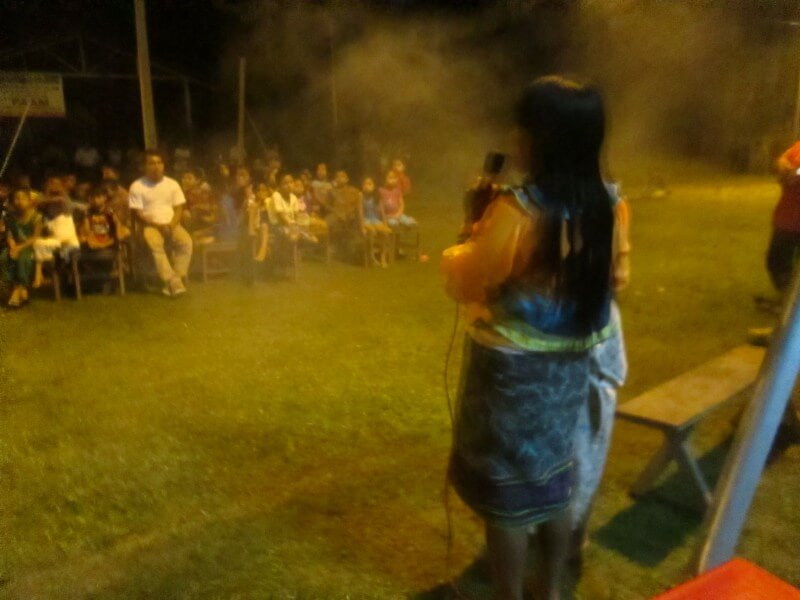 Elder telling a story at the festival in Nueva Betania. Photo provided by the project.

Prior to the festival, a training session was held with interested youth from the surrounding communities of Betania, Alva Castro, Bethel and Palestina, who wanted to learn how to document the stories told by their elders using mobile phones. Unfortunately, much of the audio was not of sufficient quality due to background noise and the lack of a proper sound system. However, the experience served as a foundation for the next phase of the project.

For many of the young people, it was an opportunity to take a closer look at the message and the words spoken by their elders. However, some found that there was a generational gap, which fueled their determination to preserve these stories even more. Miguel Guimaraes, a member of OJIRU, said:

Although I can speak and write in Shipibo, I am not completely able to understand some words or phrases in the mashas (traditional songs) recorded during the festival. There is a generational difference regarding vocabulary, young people have added some words to the language of the “older society”, but at the same time they are losing other words that only the elders know.

Selected youth who demonstrated the most interest were then invited to the city of Yarinacocha, located outside of Pucallpa, for a more extensive citizen journalism workshop over the course of ten days in February 2015. There, they learned practical interviewing skills and how to use mobile phones and digital audio recorders.

The result was a series of audio recordings of traditional Shipibo stories, jokes, and songs called “mashas” as well as interviews with city residents. Some of the topics selected by the young people focused on cultural identity, the state of education for Shipibo youth, effects of natural disasters, and the importance of preserving traditions. 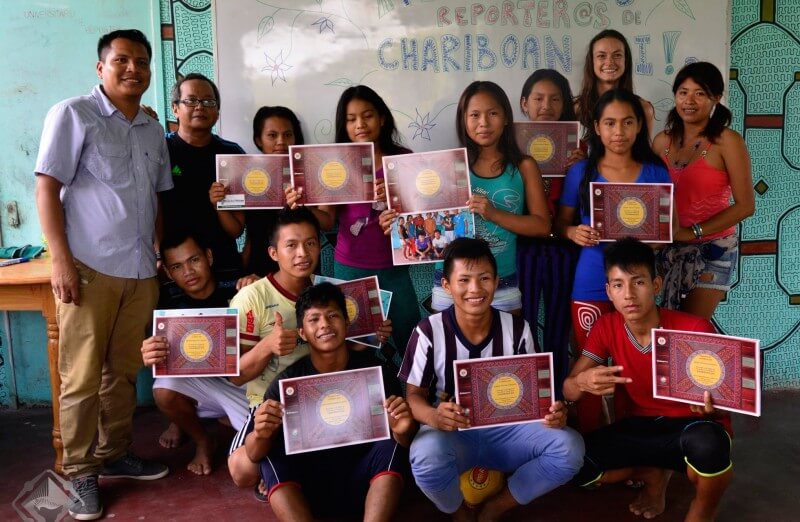 A bilingual website was created on WordPress to host these stories. Here are some examples of some of the Shipibo-language audio content created by project participants

This traditional “masha” about the cleansing of one’s body as part of a ceremonial ritual was sung by Demer González and Alipio Vásquez Gordón.

Jokes or “osanti jaweki” also play an important role in Shipibo culture. This recording between Gabriel Sinuiri and Emilio Sinuiri share the humorous story about “The Mayor and the Parrot” about a parrot who was taken from its natural surroundings and into the city. There, the parrot criticizes local authorities and institutions. OJIRU’s González summarizes the main idea:

In the joke, the parrot represents the Shipibo people, its suffering, as well as its cultural resistance as some kind of catharsis, as the parrot ends up making fun of everybody else.

In this Shipibo-language interview, Carolina Melisa Brito Valeriano speaks with Mario Valles about traditional stories in the Shipibo culture. He shares with her a sad legend called “The Frog and her Two Sons” — a young frog dies after being crushed by a horse carrying a large load. The mother dies after trying to inflate herself to demonstrate the size of the horse.

This audio recording of a “masha” called El Masato about an encounter with an anaconda was conducted by Dina Ochavano.

More stories can be found on the project’s blog and SoundCloud account.

This article was originally published at Global Voices Online. It has been re-published at IC under a Creative Commons (CC BY 3.0) License.