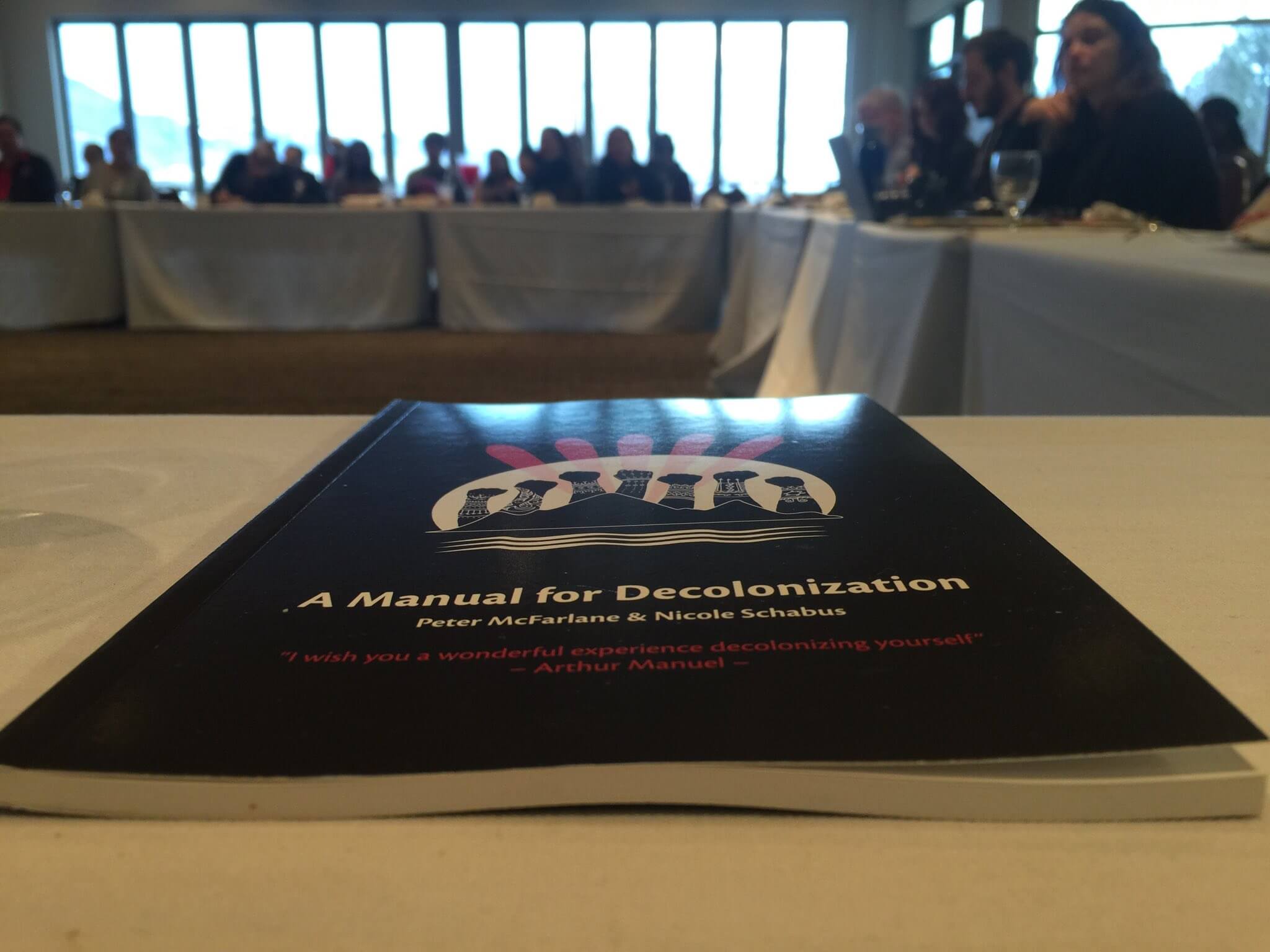 Scholars launch Whose Land is it Anyway? A Manual for Decolonization

The book launch for Whose Land is it Anyway? A Manual for Decolonization was held in the Mountain Room of the Campus Activity Centre on Mar. 19.

Launched by Indigenous academics and authors, the work was inspired by the late Arthur Manuel, who was described as Canada’s version of Nelson Mandela.

The book, sponsored by the Federation of Post-Secondary Educators of BC, also contains two of Manuel’s essays.

Nicole Schabus, TRU  Law Professor  and Chair of the TRU Faculty Association’s Human Rights Committee, said she would like everyone to realize the importance of decolonizing Canada from colonial concepts that have been indoctrinated in laws and policies for years.

“Before we can move to reconciliation, it is crucial that we continue to hear and face the truth of colonial practices that are still present today,” she said.

Schabus also said that it is their vision to move in a direction towards decolonization, which she believes can only be attained through acknowledging the atrocities of the past.

“Many of us wrote from a heartfelt place, especially given the unexpected loss of Arthur Manuel,” she said speaking on behalf of the book’s contributors.

“[Arthur Manuel] went on tours all over, emphasising the important role secondary and post-secondary educators have in teaching on decolonizing,” Davison said.

Russ Diabo, a leading Indigenous policy analyst was another contributor, who said he believed that the poor treatment of First Nation people stemmed from the judiciary system.

“The Indian Act is the foundation of discrimination against First Nations in Canada, because there is no acknowledgement of the Indigenous people in them,” he said.

Diabo said he believes this is the reason why many Indigenous people never receive justice.

Kanahus Manuel, one of Arthur Manuel’s daughters, said we need to expose the abuse of Indigenous people that comes at the hand of the B.C. and the Canadian government.

“Many of us are trapped in the 0.2% mentality, but decolonization points the fingers at us to try and make more solutions and be less dependent,” she said.

Manuel said she believes that decolonization means going back into the mountains and territories and learning about native songs and local plants.

“My dad was an activist, so we couldn’t separate politics from our family life, it is in our DNA,” she said.

Manuel also said that when Indigenous people go out into the land, they tread lightly to respect the blood and bones of their ancestors which make up the soil.

“I don’t want to be a part of Canada, this is not crown land, this is our land,” she said.

Sharon McIvor, Dean of Academic Partnership & Development at Nicola Valley of Institute of Technology, was another one of the book’s contributors.

McIvor said that they have had a difficult time convincing other colleagues that there is a problem with the system.

“The history that they get of Canada is one that is selectively put together to erase the history of the First Nations,” she explained.

She said she believes that this is one of the main reasons that Indigenous communities in Canada are disrespected.

“We come across people who have preconceived notions of us and only believe that we are living off the taxpayer’s dollar,” she said.

McIvor said she believes that until both non-Indigenous and Indigenous people learn about the true history, nothing will change.

She said she also believes that education and the socialization of where First Nations people sit within the whole scheme of things, needs to be taken into consideration.

“This particular book is not really telling you what to do, it’s here so people can read it and learn that there are a lot of things that they don’t know about,” she said.

This article was originally published by The Omega. It has been republished at IC with permission.