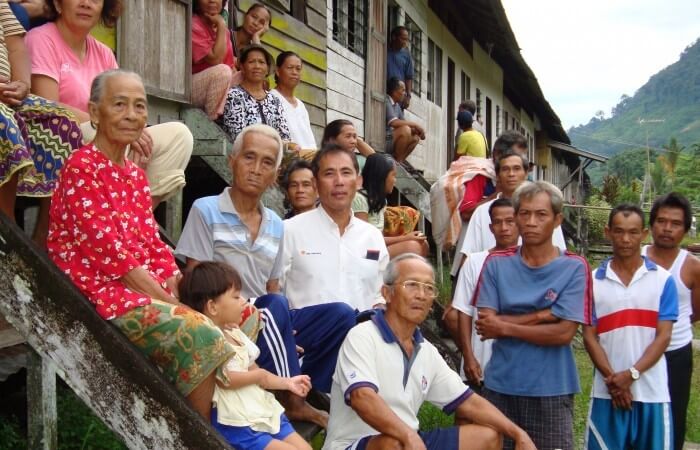 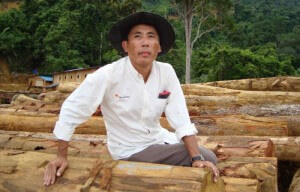 Now that Malaysia’s Barisan Nasional (BN) have got around to ditching Taib Mahmud they need to ditch his unconstitutional land grab laws too.

The former Chief Minister passed a series of amendments to Sarawak’s Land Codes, in order to help himself to lands belonging to the native communities.

One such change in May 2000 obliterated native rights to their traditional pulau galau and menoa lands.

This has been found time and again by the Federal Courts to be unconstitutional.

As Land & Survey Department documents released by Sarawak Report have clearly shown, the vast majority of the lands seized thanks to these illegal amendments were handed to members of Taib’s own family or to his cronies in politics and business (who were expected to pay him fat kickbacks).

Take the case in the latest ruling this week by the Appeal Court against the State of Sarawak, involving the Iban communities of Sebangan.

Raziah’s land grab in Sebangan
It was Sarawak Report who first brought this particular disgraceful land grab to wide attention, when in 2010 we reported from the area and revealed that Taib’s own sister Raziah Mahmud was behind the snatch in her role as a director and major shareholder of the company Quality Concrete. 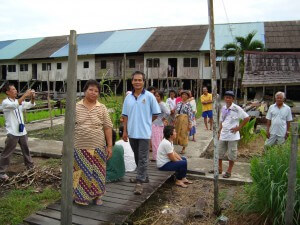 In typical Taib family style Raziah owed her position and her shares in Quality Concrete to the fact that as a Taib family member she could swing the concessions they were after from the Land & Survey Department and so-called Land Custody and Development Authority, both dominated by Taib.

Without so much as a by your leave to the local community these criminals had set about logging one of the last remaining virgin forests of the region on the basis of a ‘provisional’ license obtained to turn the area into an oil palm plantation.

And when the people protested the greedy billionairess had the cheek to offer them just RM250 per family to surrender up the heritage of their children and grandchildren.

There are so many cases – gangster tactics
When Sarawak Report went to the area to report on the problem we were told, there was nothing to be done as there were so many similar cases across the state and powerful people were involved. 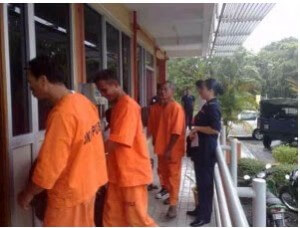 However, the local people were not to be daunted.  Led by Numpang Suntai (brother to the Radio Free Sarawak presenter Christina Suntai) and some brave headmen they started a legal case and demanded the logging stop.

It was at that point that traditional gangster tactics kicked in.

A mysterious fire was started at the logging camp and immediately the police sprang into action on information from the company that Suntai and other leading protestors were responsible.

The former Shell executive, his cousin the NGO leader Nicholas Mujah and three other upstanding leaders of their community were all rounded up and arrested and thrown into jail wearing prison suits.  Fortunately for them they were able to rely on the legal representation of land rights lawyer Baru Bian and the trumped up charges were soon dismissed.

However, there are many others who have suffered similar treatment defending their lands in Sarawak and who have not been so lucky under Taib’s gangster government. 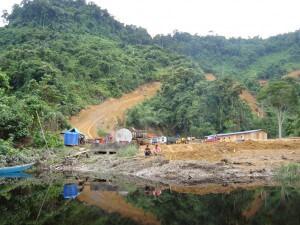 Scene of the mystery fire – logging camp at Sebangan

Shortly after, it is noted that Raziah slunk off the board of Quality Concrete, although she has continued to use the Quality Concrete building in Kuching to house the offices for her many, many other land grabbing companies.

But, lo and behold, instead of accepting defeat, the State of Sarawak (ie ex Chief Minister Taib Mahmud) appealed the case, as he has time and again with all the cases he has been losing under the Sarawak Land Code.

And, as with eight previous similar cases, when this scandalous matter finally reached a ruling in the Court of Appeal the court confirmed the original judgement in favour of the villagers.

Quite simply, it has been upheld time and again in the Court of Appeal and also in the highest Federal Court that the land grabs performed under Sarawak’s amended land codes violate the constitutional rights of the native peoples of Sarawak.

“Once again the court of Appeal has affirmed our long held views on the concept of NCR over land. I hope against hope the new CM TanSri Adenan Satem will be humble enough to depart from his predecessor’s stubborn refusal to recognise the concept of Pemakai Menua and Pulau Galau as NCL in Sarawak. And to take a brave and pragmatic stand not to appeal against such a decision now and in the future” [Baru Bian speaking on his latest land rights victory]

Yet the stubborn old man Taib has continued to appeal each case and to play for time, while his crony companies get a free hand to lay waste what is left of Sarawak’s forests and native lands. 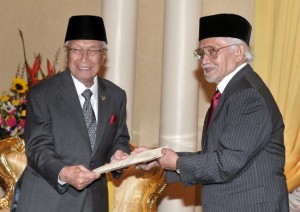 Handing over – Taib is no longer the man to make the decisions and Adenan should stop doing his bidding.

When a law is repeatedly found to be unconstitutional it is the duty of the State Government to repeal or amend it, so that it abides by the constitution and no longer engenders illegal acts.

Taib Mahmud is a man who studied the law only to consider himself to be above it and like the obstinate old man that he is, he has refused to budge.

But his successor must now show he can do better.  Adenan Satem has so far proved himself to be little more that a puppet to his relative the new Governor, but on this matter he must insist on letting reason prevail.

Of course, Taib fears that opportunities to grab more territories will be missed for his family and that he will lose the political power that comes from controlling the handing out of lands.

There is also the problem that victims will be costly to compensate and that lands which have been sold on by his relatives and cronies to other companies will now have to be returned to their rightful owners and those companies will want compensation too! 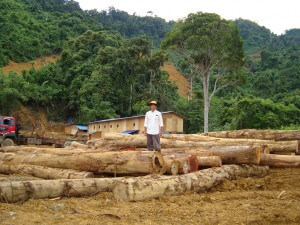 Sarawak’s logs are a questionable product.

Nevertheless, a government must do the right thing when it has been found to be a fault.

And by handing back lands the State Government will be benefiting the people, whose interests it is supposed to represent, rather than Taib’s family and cronies.

If the timber or lands they are buying were obtained under Taib’s illegal legislation then from now on they purchase at their own risk.

Investors and buyers can no longer plead innocence!