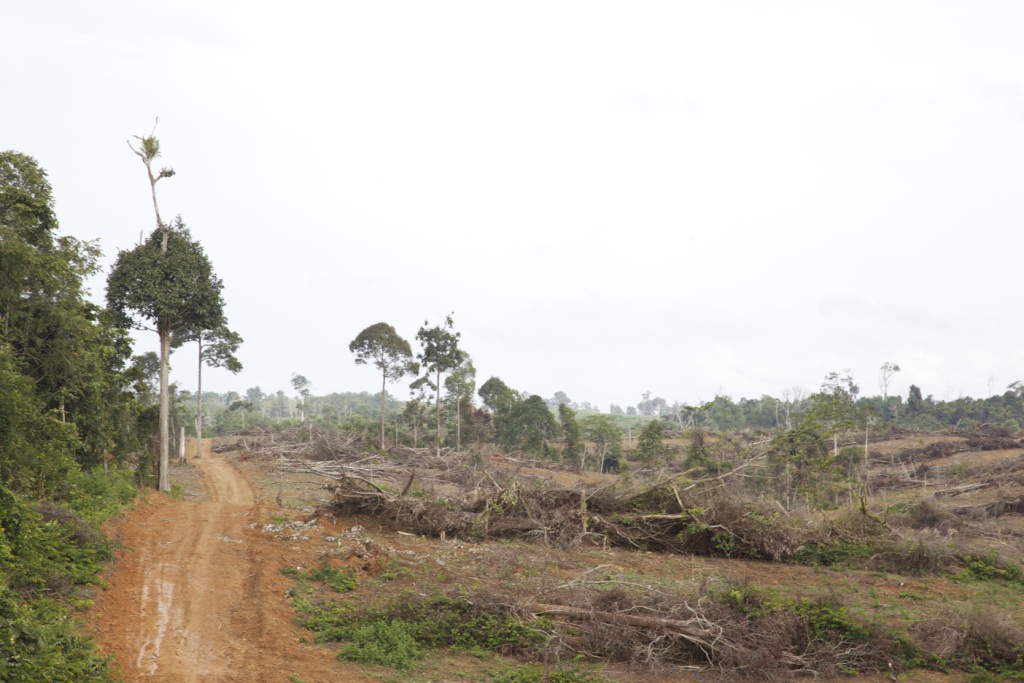 The Roundtable on Sustainable Palm Oil (RSPO) is finally taking action against First Resources Ltd., a Singapore-based company that has spent more than 12 months clearing the ancestral lands and abusing the human rights of the Dayak Benuaq community of Muara Tae in Indonesia.

According to the Environmental Investigation Agency (EIA)–a London-based NGO that works with Muara Tae–the RSPO has ordered First Resources to immediately cease and desist all development activity in the effected region until the conflict with Muara Tae is resolved.

It’s about time, too. Until now, the RSPO has flagrantly refused to take action against First Resources and several other abusive companies, including the world-bank financed Dinant Corporation of Honduras. Perhaps now that will change.

The RSPO is a market-led non-profit that represents the palm oil industry. Its members include the National Wildlife Federation, the WWF, Conservation International, Avon, Colgate-Palmolive Company, General Mills, Girl Scouts of the USA, Mars Incorporated, Mcdonalds, Walmart, the Body Shop and Unilever.

Singapore-listed First Resources Ltd must now cease all developments in the concession in Kutaia Barat regency, East Kalimantan, until the conflict with the Dayak Benuaq community of Muara Tae is resolved.

The RSPO move vindicates the position of the Dayak Benuaq, who have protested against the clearing of their land and have never consented to the development.

EIA lodged a formal grievance against First Resources on October 17, 2012, providing evidence that it had breached a range of the RSPO’s principles and criteria (P&Cs). The grievance outlined how First Resources had violated the New Planting Procedures, which demand that any company obtain the Free, Prior and Informed Consent (FPIC) of affected communities before beginning land clearing.

Fraudulent documents submitted to the RSPO claimed FPIC had been obtained, but in a series of meetings with the company the Dayak Benuaq have repeatedly stated their objection to the plantation and their desire to continue using the forest.

The RSPO has upheld the grievance in its entirety and ordered First Resources, as an RSPO member, to cease operating until a number of conditions have been met. This includes working with EIA to produce an action plan to arrive at an “amicable solution” to the dispute with the Dayak Benuaq.

The company has already cleared a substantial area within the customary territory of Muara Tae, including destruction of forests protecting the Utak Melinau river and farmland. This has incurred substantial livelihood losses and has damaged a principal source of water for the village.

Any solution to the dispute must include the restitution of all annexed lands and an appropriate compensation mechanism to mitigate the damage already done.

In the meantime, the onus is on First Resources to observe the instructions of the RSPO if it is not to incur further damage to its reputation.

The RSPO’s grievance panel, which decided on the complaint, held that there is evidence that First Resources’ failings in this concession were not a “one-off” but may be “systemic in nature” due to similarities with a case in West Kalimantan.

EIA Forests Campaigner Tom Johnson said: “This decision provides some welcome relief for the Dayak Benuaq, who have been under siege from First Resources and those Government agencies the company has been able to mobilise against them.

“The fight is by no means over and EIA, the community and other NGOs will be watching First Resources’ every move. The company must accept and abide by this decision and stop behaving like a gang of thugs – it’s time for First Resources to grow up.”

Video footage shot by the community and featured in the EIA film Manufacturing Consent was instrumental in proving the case against First Resources.

1. The Environmental Investigation Agency (EIA) is a UK-based Non Governmental Organisation and charitable trust (registered charity number 1040615) that investigates and campaigns against a wide range of environmental crimes, including illegal wildlife trade, illegal logging, hazardous waste, and trade in climate and ozone-altering chemicals.

3. Read and download the grievance against First Resources Ltd at http://www.eia-international.org/wp-content/uploads/PT-BSMJ_NPP_Greivance_ALL_171012_FINAL.pdf