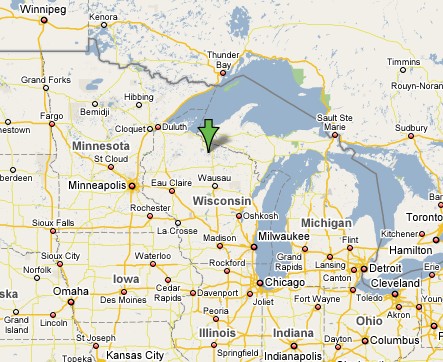 A group of Chippewa from Lac du Flambeau locked themselves inside the Tribal Council office yesterday morning to demand a federal investigation into the current Tribal government.

It wasn’t long before the police showed up — from nine different agencies. Fortunately they understood the action was peaceful and remained in the background during the lock-in, which lasted for about 14 hours.

Calling themselves Ginews (Ojibwe for Golden Eagles), the group said in a statement early on that the Tribal Council has abused their position to the point where everyone at Lac du Flambeau faces poverty. According to the Wisconsin Journal, they also formally rejected Victoria Doud as their tribal leader and demanded several reforms to correct and heal what the Tribal Council has done, seven members in particular.

“The repeated abuse of governmental power, the dictatorship of seven members of the Tribal Council and the rampant corruption of these seven council members has caused the Lac du Flambeau Indian Reservation to become a seat of poverty,” they said in the statement. “Over 100 tribal members have either lost their jobs or their programs. Students attending higher education have lost their benefits. Tribal elders have lost needed services — all because of the wanton spending and graft of these seven people.”

Brandon Thoms, one of the Ginews spoke via cellphone while inside the office, further explaining that “we need[ed] to get the message out that the corruption, the stealing, the mismanagement, the embezzlement, the racketeering and the fraud that has gone on with this Tribal Council has to stop. We’ve exhausted all our resources. We’ve contacted the department of justice, the BIA, the Inspector General, and also the FBI and our pleas have fallen on deaf ears. Right now our tribe is facing collapse financially and spiritually. This was our final plea and our final cry for help.”

Well, as unfortunate as it is that the Ginews had to turn to the US to try and address this issue, it looks as though the action worked. The U.S. Department of Justice and U.S. attorney’s office announced they would look into the situation. But after coming out of the building to honour the announcement, “ten members of the group were arrested on tentative charges of criminal trespass[ing],”says WTMJ-TV.

The Ginews probably expected this though, thinking it’s a small price to pay as long as something is done to put the Tribal Council in its place.